Seemingly, the Wave 3 and 4 rounds of paid and free Expansion Pass DLC for Nintendo Switch game Fire Emblem: Three Houses have been revealed thanks to an early copy of a new guidebook set to release in Japan tomorrow.

The guide, which was published by video game magazine Famitsu, details both past and future DLC waves for Fire Emblem: Three Houses and includes information about new units, quests, weapons, a usable Sauna, and of course, the ability to pet dogs and cats at Garreg Mach Monastery. 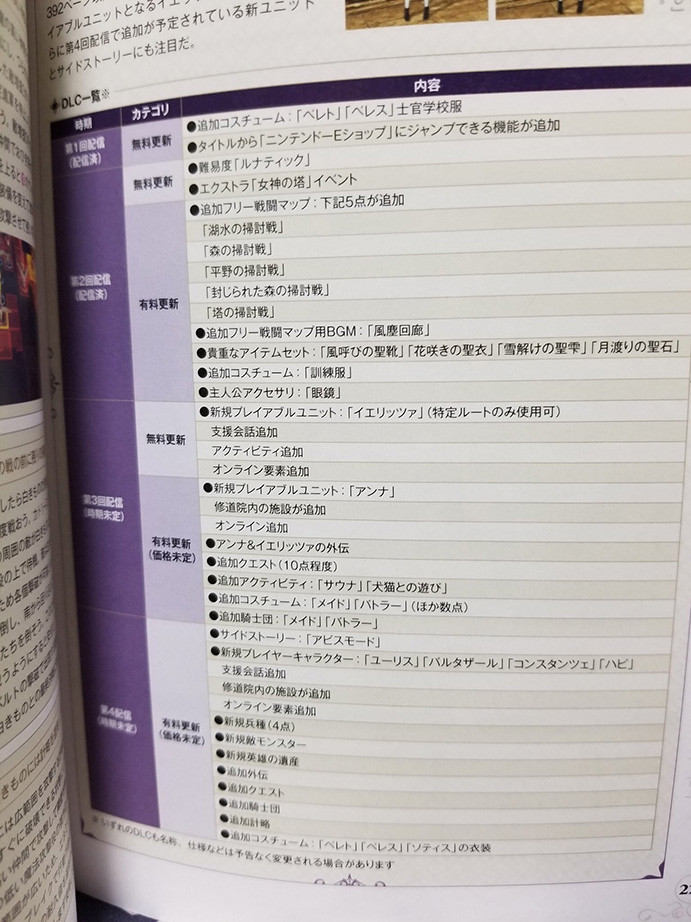 The information was translated thanks to Fire Emblem fan site Serenes Forest; note that the below names and content are, of course, subject to change.

Also be warned that the following may contain slight spoilers for Fire Emblem: Three Houses.

This set of downloadable content will be released by December 31st, 2019, according to Nintendo.

This set of downloadable content will be released by April 30th, 2020, according to Nintendo.

Unfortunately, no information seems to have been provided regarding Wave 4’s free DLC (mentioned on the official website as a “free update”).

What’re your thoughts on what’s been revealed? Let us know in the comments!