Remembering the Sega Dreamcast 20 years on

Arriving on 9/9/1999 in North America, the Dreamcast welcomed in not only a new millenium but also significant changes to the video game industry at large. It had a short lifespan with less than three years on the market in Japan, yet its influence can be felt to this day, and it’s no mystery why so many fans still look back fondly on Sega’s hardware swansong — and I’m one of them. So, listen to the soothing sounds of the Dreamcast boot-up jingle, and let’s take a walk down memory lane…

I was just a kid in 1999, but video games were already quickly becoming my favorite hobby, thanks to Pokémon on the Game Boy, a relatively large library of Genesis carts, and the occasional 3D foray with Sony’s PlayStation and the ill-fated Sega Saturn. That meant I never really had that “Super Mario 64 moment,” when a kid, accustomed to the 2D sprites of yore, first set eyes upon the red-hatted plumber hopping around Peach’s Castle in three dimensions. I’d already played Croc and Crash Bandicoot by then — I just assumed 3D graphics were no big deal.

But then I saw Sonic Adventure. 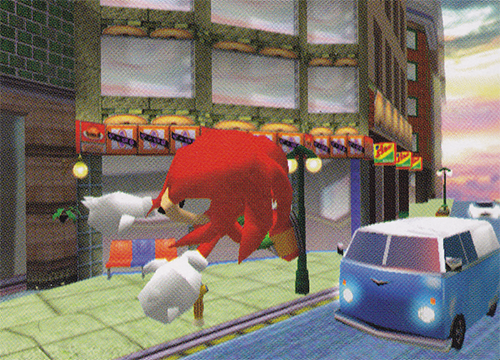 I was very much a Sonic kid growing up, I have the embarrassing stories to show for it, and even something as simple as Sonic Jam’s 3D “Sonic World” playground blew my mind. Sonic Adventure was on a whole other level, though. Seeing that screenshot above of Knuckles gliding through realistic city streets was amazing, and at that point, I was dead set on getting a Dreamcast later that year.

Now, I’m well aware Sonic Adventure doesn’t hold up that well these days — though I think a lot of people are unduly harsh on it — but it was a revolution. The speed, the colors, the cutscenes… It screamed “the future,” and I was right there on the front lines.

In the following years, I played more than a few other Dreamcast games, too. Soulcalibur is a bonafide gem to this day, while Shenmue’s beautiful, awkward gameplay influenced my tastes and interests to a profound degree. We also have the anarchic brilliance of Crazy Taxi and Jet Set Radio. And let’s not forget Chu Chu Rocket, a deceptively devious puzzler that should really make a come back one of these days. 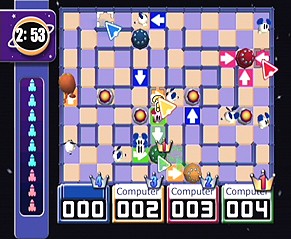 While I’m sure many fans have similar stories to tell, it’s worth noting just how much the Dreamcast changed the gaming landscape. It was the first video game console to feature a modem, allowing for internet play, something that was taken advantage of by several games, but few had staying power like Phantasy Star Online. Despite releasing in the very early days of the MMO genre, the way its missions were structured and the regular addition of downloadable new quests show more than a few things in common with the modern “Games as a Service” trend.

The Dreamcast also paved the way for the “second screen experience.” While that fad in modern times seems to have died along with the Wii U, if not earlier, the Tamagotchi-like Dreamcast VMU has a charm of its own, often offering up entirely different minigames like a portable Chao Garden when hooked up to either Sonic Adventure game. 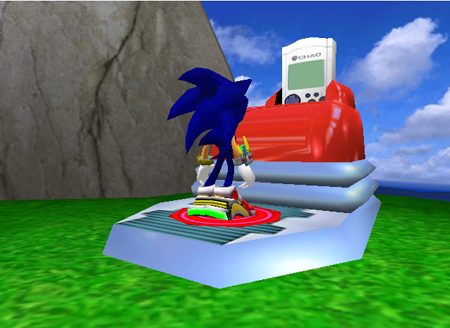 Even the Dreamcast’s failure changed everything, arguably for the better. If Sega didn’t fold, countless Nintendo fans wouldn’t have had the opportunity to pick up Sonic Adventure 2 Battle mere months after the GameCube launched, and no child should go without jamming out to “Escape from the City.” Phantasy Star Online, Skies of Arcadia, Space Channel 5, Crazy Taxi and more also found second winds on competing platforms — including the PlayStation 2, the very system deemed most responsible for the Dreamcast’s failure. Even Microsoft’s original Xbox was clearly influenced by the Dreamcast’s design and functionality, and almost featured backwards compatibility with the system.

Sometimes I’m startled by just how ingrained Sega is as a third party developer now. Several of its characters can duke it out with Mario in Super Smash Bros. Ultimate, something that would have been unfathomable to any ’90s kid, while initiatives like Sega Ages keep the classic series alive. Even sequels and ports once thought impossible, like a brand new Sakura Wars and Shenmue I & II HD, have come back in recent years.

While I’ll always miss the Dreamcast and wish it could have succeeded, it changed gaming in a way few video game systems have, and that should be commended.