Just like a lot of you who grew up with the N64, I thought Banjo-Kazooie would be the perfect Smash characters. Before I knew what first, second, and third-party developers were, I knew that Rare had something special with this bear and bird, and that they’d fit right in with Mario and the rest as fighters. It’s been a long-time coming, but here we are with that as a reality. It’s like a missing puzzle piece has turned up under the couch and Nintendo and Microsoft decided to open-palm slap it in with a hearty ‘Guh-huh!’.

It’s easy to get caught up on ideas like “representation” when it comes to Smash. Thoughts like “Kirby (or F-Zero, or any series) needs another character” or “Fire Emblem has too many reps” are common ones. When it comes to eras, though, the Nintendo 64 years were sorely lacking. That’s when Smash was born, and it was a time when a lot of series were reinventing themselves. While Animal Crossing technically dates from that platform and other fighters (Young Link, Ganondorf) draw from it, the system lacked a marquee face. Banjo & Kazooie pull that off with gusto, which makes this a fitting homecoming for the two. 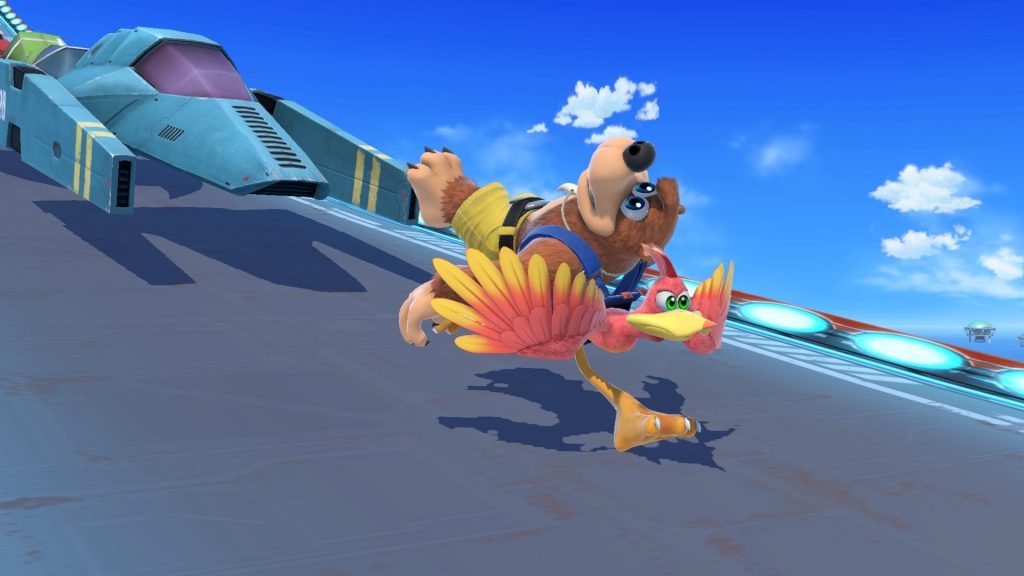 By now, the idea of Masahiro Sakurai doing a character justice in Smash is second nature. That dedication has extended to (and been spotlighted for) every DLC fighter so far, and Banjo & Kazooie are no exception. Appearance-wise they’re true to form, with designs based on their N64 days, with some heightened details. A lot of the original sounds and voice clips are being used as well, though with slight modifications. Kazooie’s Talon Trot’s a lot easier on the ears, for example, and good thing with how that’s their go-to mode of transportation.

That’s not the only thing true to form either. Sakurai detailed how the majority of their moveset comes from their home games, or is at least inspired by them (like with their Up-Smash, a modification of their Bill Drill). In the time I’ve put into the two, I’ve been most impressed with their Down and Up Tilts, both offering some solid range. Their air game seems a little lacking (though their F-Air has some weight behind it) — at the least their recovery is better than I had expected. They have an extra midair jump, and unlike most fighters, B-K can jump after using their Up-B, giving some flexibility when it comes to getting back on stage.

Their most interesting special though is easily the Wonderwing, their Side-B. It’s a fully hit-invulnerable charge forward that depends on a finite amount of Gold Feathers. You only get a few uses of the attack per stock, but it has potential as a safe horizontal recovery and as a kill move. It and their F-Smash are going to be your go-tos on stage, and the duo’s throw has some oomph as well. All in all, they’re presented as a more orthodox fighter than the likes of Joker or Hero, though that speaks volumes of how well they naturally fit into Smash. 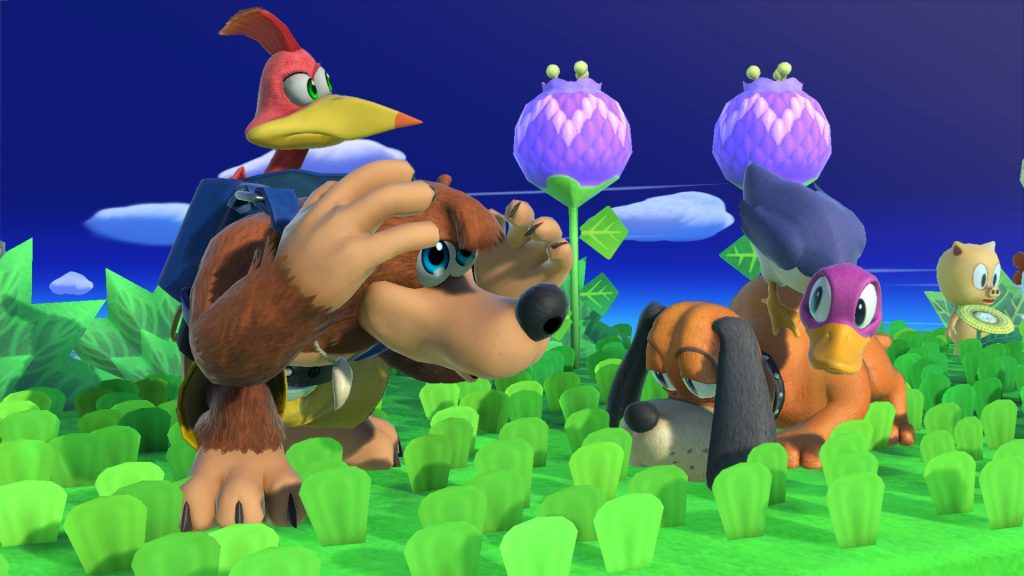 It’s not just the characters that fit though. The Spiral Mountain stage is gorgeous, with a unique rotation mechanic and a handful of cameos from Gruntilda, Mumbo, Bottles, and more. Those characters feature as Banjo-Kazooie Spirits as well, with some fun themed faces on their dedicated Board. Their Classic Mode run is based on fighting duos of fighters, with stages subbing in for levels in their own games save for a face off with fellow Rare boys Donkey and Diddy Kong and the boss fight against Master and Crazy Hand. 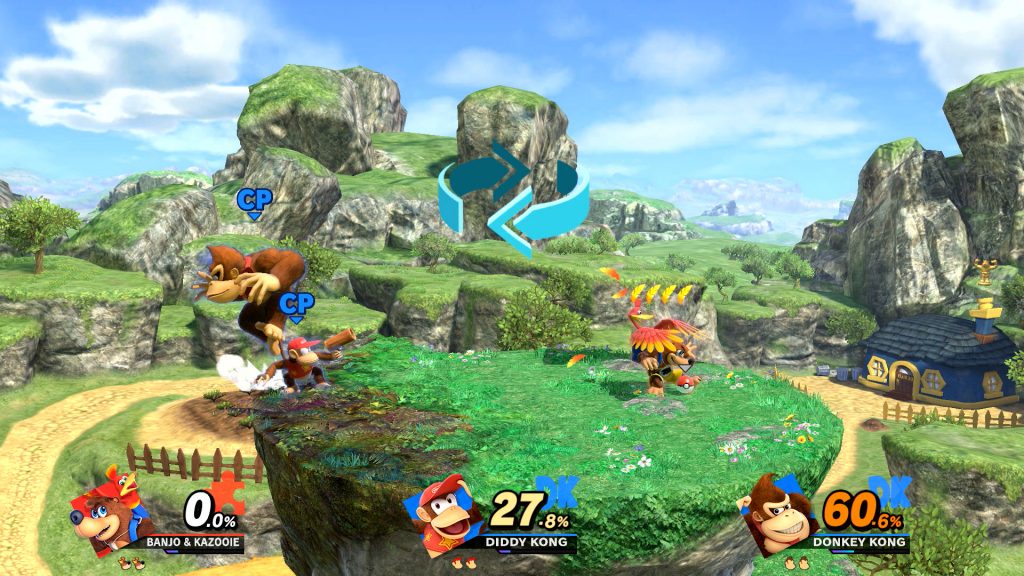 Really though, what makes this pack for me is the music. Banjo-Kazooie’s soundtrack is etched in my brain, and having some of those songs back and reimagined in Smash is about as crazy as the fighters themselves. Original composer Grant Kirkhope’s own arrangement of Spiral Mountain steals the show with its musical flourishes referencing other stages and songs, but the other arrangements are no slouch. Definitely have a listen to all of them, with “Treasure Trove Cove” and “Gobi’s Valley” standing out. If I have one complaint it’s the absence of a “Click Clock Wood” medley, but with all that’s packed in here as-is, there’s no need to show for greed.

Ultimately, Challenge Pack 3 is the most nostalgia-driven one. Banjo & Kazooie are right at home back on a Nintendo system, and it’s a miracle that Sakurai, Nintendo, Rare, and Microsoft could all come together to make this happen. It’s a mark on gaming history, something that this game is no stranger to. Anyone looking to realize their N64 dreams owes it to themselves to pick up this piece of DLC, and to keep fingers crossed for Banjo-Threeie.