Nothing really screams ‘90s gaming nostalgia for me quite like the PlayStation era of Final Fantasy games. Final Fantasy VII, VIII, and IX are three of the most iconic games in RPG history, all with very distinct styles, storytelling, and tone. Final Fantasy VII was applauded for its modern take on the classic RPG formula, amazing and sometimes heartbreaking character development, and one of the most exemplary soundtracks in all of gaming by veteran composer Nobuo Uematsu. Three years after that, Final Fantasy IX was celebrated for bringing the series back to its fantastical roots, complete with a grand medieval setting, a cast of flamboyant, and well rounded characters — and the cutest little Black Mage that you ever did see. (I love you, Vivi.)

Slap dab in the middle of these fan-favorite RPGs is Final Fantasy VIII, the middle child of the bunch: not a bad game in any way, but often overshadowed by its older and younger siblings. I mean, I get it. I was the middle child, too. It’s often a rough existence trying to live up to what’s come before, and what came after. Sometimes you feel loved, sometimes Mom forgets to pick you up from soccer practice and you’re forced to sit on the curb and sadly ponder your existence. (Whatever…) That’s Final Fantasy VIII in a nutshell: A darn good RPG experience that — while loved and appreciated, and very good in its own right — is often overlooked when looking at the bigger picture. 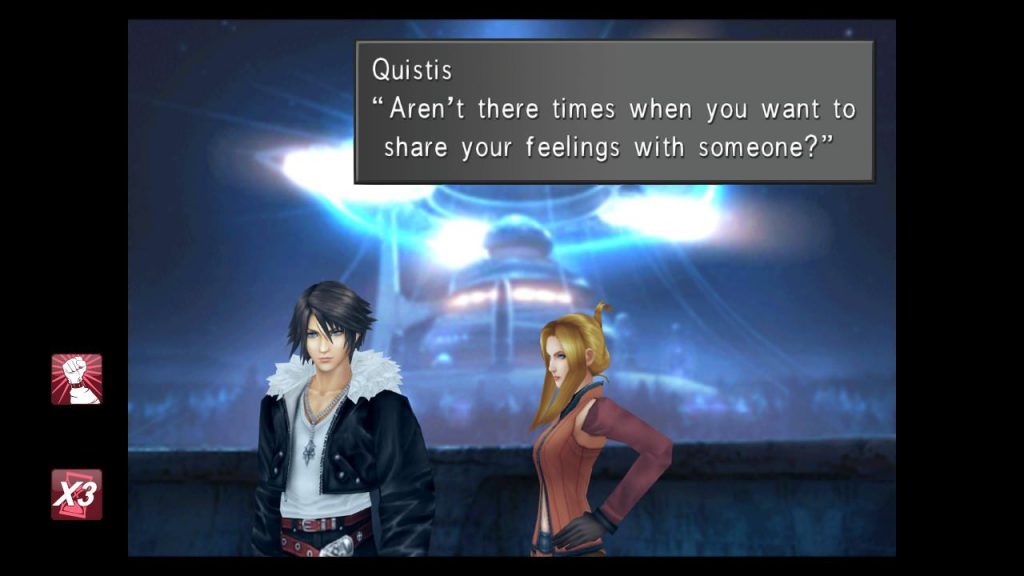 Over the past few years, it looked like Square Enix felt the same way about FFVIII. While VII and IX were getting re-release after re-release on nearly every platform on the face of Midgar, VIII was never really mentioned. Squall — I mean Leon — was at least featured in the Kingdom Hearts series from the start, but besides that, there wasn’t a lot of FFVIII love outside of ensemble games like Dissidia or World of Final Fantasy. There were rumors of lost source code making a re-release of VIII all but impossible, so imagine my surprise when Square Enix announced at E3 earlier this year that it was Final Fantasy VIII’s turn for glory.

It was really happening! It was like seeing Mom pull up in the minivan with that “I’m so sorry!” look on her face! Late, but not forgotten!

Before we venture into the upgrades and features in Final Fantasy VIII Remastered, let’s briefly look at the story and mechanics. If you’re a Final Fantasy veteran and you want to jump to the what’s new, feel free to skip the next section.

Final Fantasy VIII follows loner and all-around a**hole Squall Leonheart, a student at the prestigious Balamb Garden Military Academy. Unlike most universities, Squall isn’t spending his time with his face buried in books, but rather he’s training to become a SeeD, one of Balamb Garden’s elite team of magical wielding mercenaries.

Throughout the adventure, Squall meets new friends and allies (Zell, Selphie, Quistis, Rinoa, and Irvine), frequently butts heads with school rival and fellow a**hole Seifer Almasy, and finally embarks on a quest to take down an evil sorceress who wants to become a living god — you know, that old story. 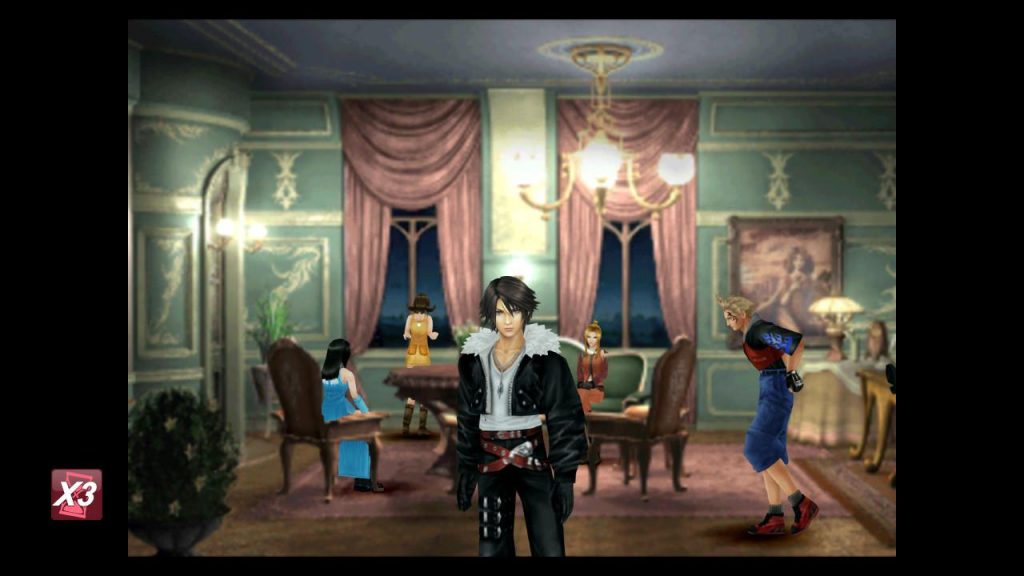 Like a lot of high school themed anime, Final Fantasy VIII focuses on the plight of the loner, and how accepting help from friends is a heck of a lot easier to do than taking on everything by yourself. I know: it’s not the most original story, but the frequent twists and turns keeps it fresh and the game really has you rooting for Squall and friends to emerge victorious (while learning the power of friendship!). And maybe, just maybe, Squall will learn to become a slightly more tolerable a**hole by the time the credits roll.

But Final Fantasy VIII is more than just another JRPG to add to the increasingly large collection or JRPGs on the Switch. It has heart. It has romance. It has a surprising amount of humor surrounding hot dogs. It’s an emotional story from start to finish that fans of turn-based combat and teenage melodrama need to experience at least once.

While Final Fantasy storylines rarely cross over with one another, it’s always nice to see the familiar creatures and items make appearances. In fact, Final Fantasy VIII might have the best Moogle scene in the entire series. Prove me wrong.

Final Fantasy VIII shares a lot of similarities to previous entries in the series with its turn-based combat, focus on powerful summons, and random encounters. But where the game truly differs from other RPGs is with its Junction System. Rather than simply casting magical spells on your enemies, magic can be junctioned to your character via Guardian Forces (GFs) to strengthen specific attributes like HP and strength. The more magic you’ve junctioned, the stronger you become. It can be a fairly complicated system to learn, but it can also be easily mastered with only a few hours of playtime.

Guardian Forces (previously known as Summons) are also a major part of battle strategy. A GF like Ifrit or Shiva are pretty much required to do anything in the game besides a simple attack, so make sure one is junctioned to all party members at all times. You’ll run into more than 15 unique Guardian Forces throughout your adventure, all with distinct personalities and abilities. Powering up a GF can also unlock new abilities that you can use throughout the game like boosted magic damage, better defense, and increases to your HP.

Final Fantasy VIII arrives on the Nintendo Switch with the same upgrades and features that VII and IX received earlier this year. Battle Assist returns, which allows players to max out the HP and ATB gauge; No Encounters allows players to explore the game to their heart’s content without the fear of a random battle; and Speed Boost allows you to speed up the action by up to 3X for those looking to, well, speed up the action. All three of these modes work just as you would hope they would. While I seldom played with an artificially maxed out HP or with No Encounters, the 3X speed boost was a godsend for those extended grinding sessions that Final Fantasy is known so well for.

While these added features are a nice addition, the main attraction in Final Fantasy VIII Remastered are the updated visuals. Final Fantasy VIII’s animation and character models were far ahead of its time in 1999, but it’s apparent that much of the game’s visual charm was lost now that we’re in the HD era. 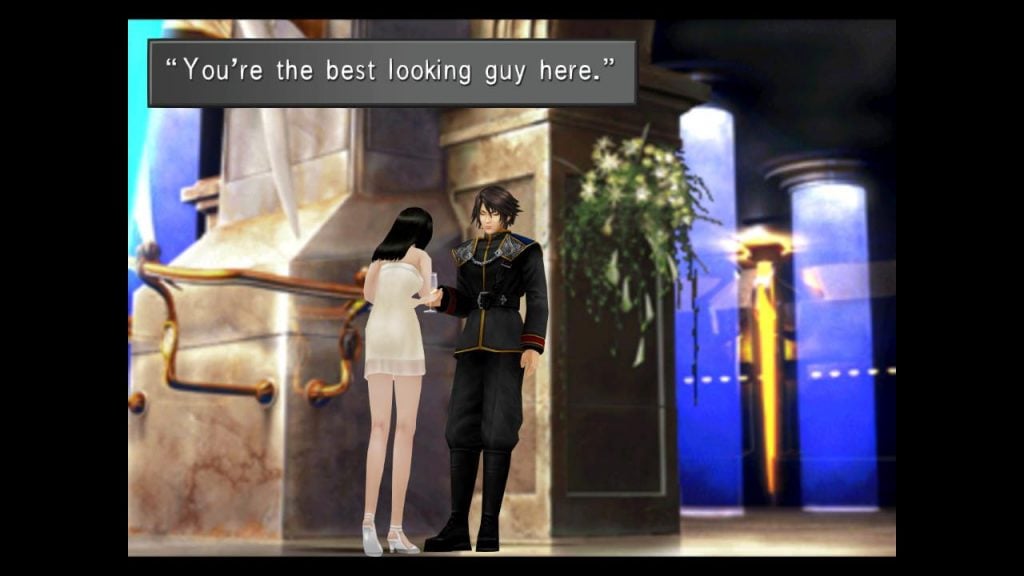 Like the Remastered versions of VII and IX, Final Fantasy VIII Remastered makes noticeable improvements on character models and not so noticeable improvements everywhere else. Character models, monsters, and GF animations are all crisp and clean, and do a good job updating the original models without radically changing the original art style. In fact, as a FFVIII veteran, I was pleasantly surprised to see how well our main cast of characters fared in the jump to HD. 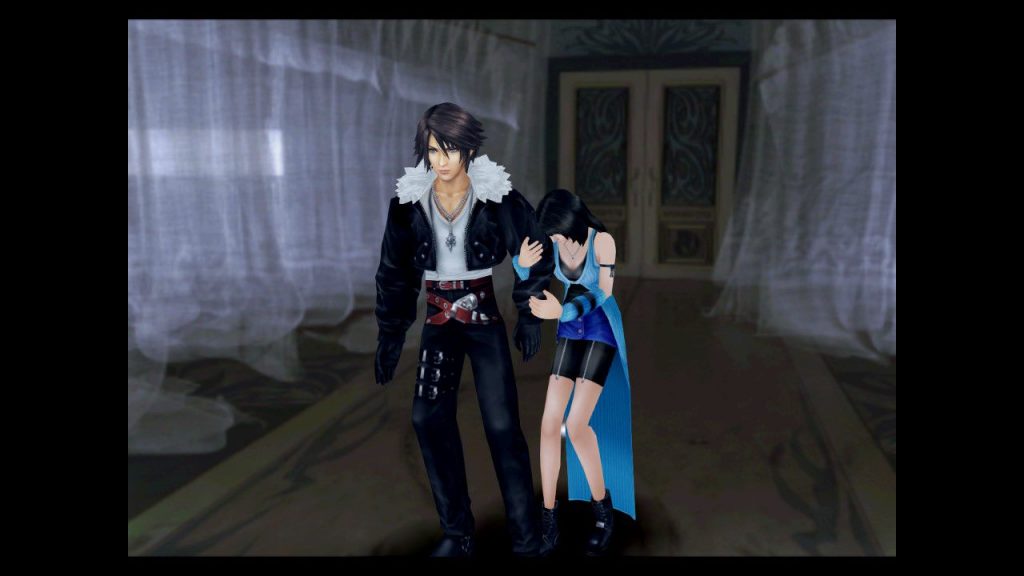 While the creatures and characters look fantastic, Final Fantasy VIII Remastered doesn’t commit the same level of polish to the rest of the game. Unlike newer entries in the series, Final Fantasy VIII does not have fully 3D environments to explore, but rather pre-drawn, two-dimensional backdrops. Unfortunately, these backdrops don’t appear to have been updated or upgraded in any substantial way. The quality of these scenes can vary from decent in brightly lit and colorful areas like Balamb Garden, to a pixelated mess in more dark and rustic areas of the game. The low quality of these backgrounds really sticks out like a sore thumb, especially in contrast to the high resolution characters running around in them. 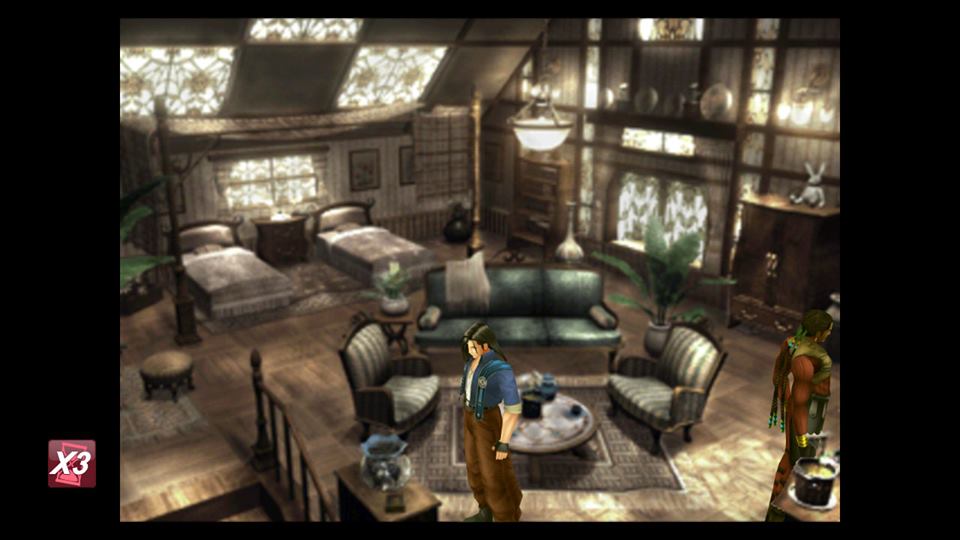 Why Square Enix decided to skimp out on updating these backdrops is beyond me, especially since fans have been doing it on their own using AI upscaling to very pleasant results.

Remaster aside, Final Fantasy VIII is absolutely an RPG worth playing. It’s fun, it’s quirky, and most importantly, by the time the credits roll, you’re fully engaged and invested in the characters and the story’s conclusion. At times it can be cheesy, but that’s one of the reasons I like it so much. It’s serious, but doesn’t always take itself too seriously. It’s pure ’90s RPG goodness, and gosh darnit, those are my favorite kinds of RPGs.

From a Remastered standpoint, Final Fantasy VIII only does half the job it was meant to do. While characters and creatures look fantastic, and the inclusion of modifiers like 3X speed make the experience more enjoyable, the lack of enhanced backdrops or really any additional upgrades is baffling. I’m by no means suggesting a full-on remake like we’ll be getting with Final Fantasy VII next year, but a little more effort making the world of FFVIII look a bit more… well, you know, remastered, would have been greatly appreciated. By and large, Final Fantasy VIII Remastered looks and feels a heck of a lot like the PlayStation classic I know and love — and even with the minimal changes, it’s still worth a pickup for newcomers and veterans alike. 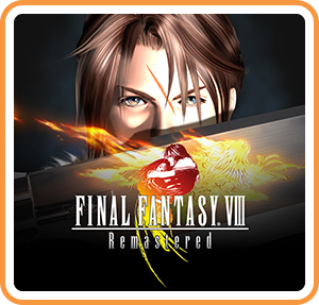