It looks like Nintendo UK has made quite the mistake on its website, putting up a listing for Challenger Pack 4 that comes with a copyright for the SNK Corporation. 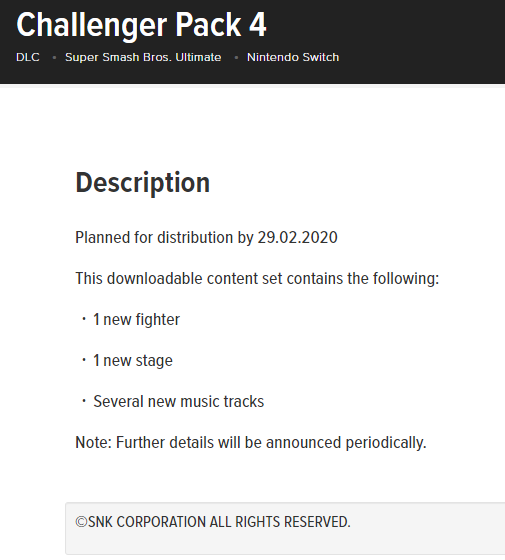 SNK is well known for its classic arcade games like King of Fighters, Metal Slug, and Samurai Shodown, as well as the Neo Geo line of consoles that released in the 1990’s. We’ll just have to wait and see who gets picked, but at least now we know where the character will be coming from!