The Nintendo Switch Lite hasn’t even hit the shelves, yet new accessories for it are getting revealed nearly every day. This newest product, an official case for the smaller hybrid system, comes directly from Nintendo’s Japan store. What makes the the flip cover case so unique is its ability to snugly encase the console on both the front and the back while giving owners the option to flip over the front to reveal the screen for gameplay sessions.

Check out the promo images for a closer look: 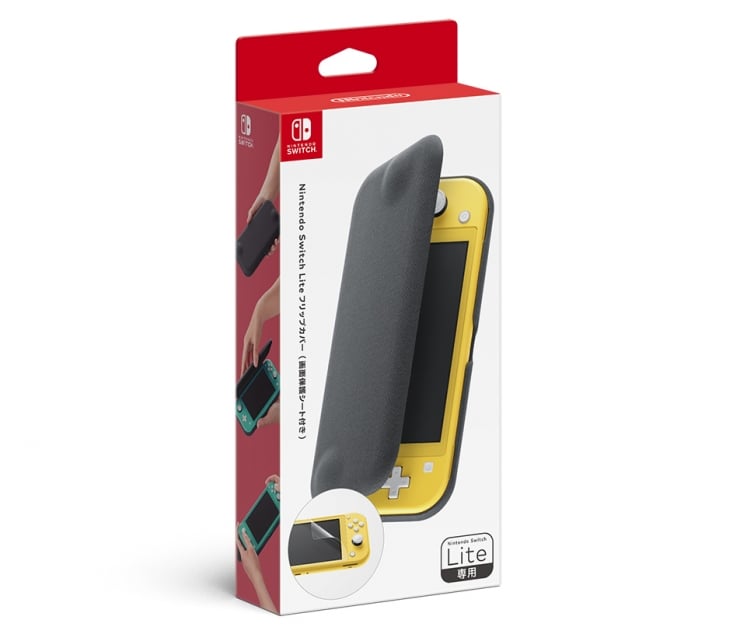 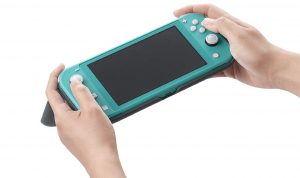 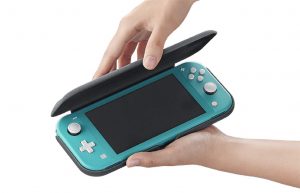 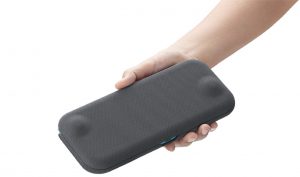 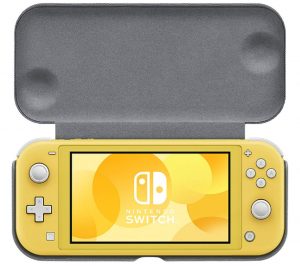 The flip cover also includes a sheet that fits over the LCD, protecting the screen from scratches and dirt. The package comes with the price tag of 3,758 yen (roughly $35 USD).

It looks as though the flip cover is made of a plush, yet firm material that’s specifically designed to house the Lite’s slim form, accommodating the joysticks on both sides with raised circular areas. At this time, it appears like gray is the only color option, but it’s more than likely we’ll see other palettes available in the future — whether they’re provided by Nintendo or a third party manufacturer.

The flip cover releases on November 1st in Japan. There’s no word yet about whether or not the West will be offered the same product, but stay tuned, as we’ll be reporting back with any other news regarding the flip cover in the future.