After years of waiting for Castle Crashers to debut on a Nintendo system, fans can finally take comfort in knowing that the fan favorite will be landing on the Switch very, very soon. Previously only given a release date for “this summer,” game developer The Behemoth has announced that their hack ‘n smash beat-em-up, Castle Crashers Remastered, will be released for Nintendo’s newest console on September 17th.

In comparison to the original game, the Remastered version includes the following:

Those who purchase Castle Crashers on Switch will be able to enjoy the HD Rumble feature, up to four-player local Joy-Con support, and can play via Switch Online. Thanks to the multiplayer options through Joy-Con, you can use the controllers in any configuration to play with friends online, offline, in handheld, or on your TV! 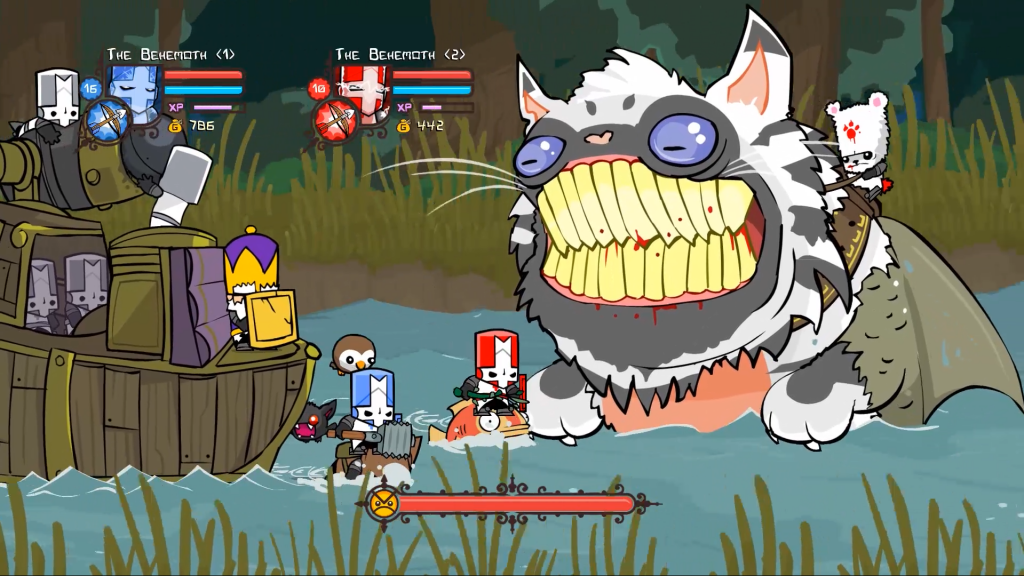 You’ll be able to purchase the game in the Nintendo eShop for $14.99 come mid-September. It’s time to count down the weeks!