Nintendo and Square Enix really want you to play Dragon Quest. Not only is Nintendo promoting the imminent Dragon Quest XI S as if it were a first-party title, they also put Dragon Quest’s Hero in Smash, and now they’ve released a massive 10-hour demo on the Switch eShop to get people on board.

Dragon Quest XI came out on PS4 almost exactly a year ago, and now we’re just a month away from its expanded release on Switch. I spent nearly 80 hours in the PS4 version, and over the last few days I got to play roughly the first half of the demo. 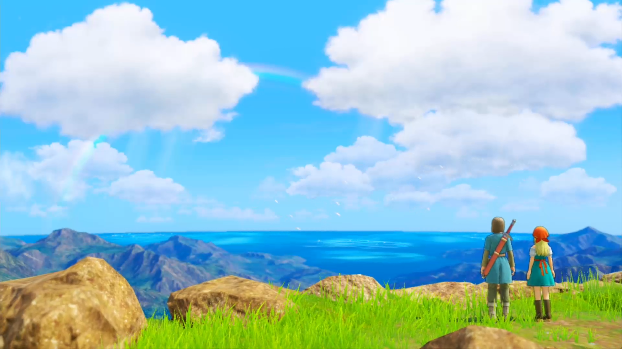 The demo successfully immerses you into Dragon Quest XI’s massive world, giving you a taste of just about everything you need to judge if you’ll like the full game. There’s plenty of combat, story, and exploration to be found, from the game’s opening moments in Cobblestone all the way through the first few cities and dungeons the game has to offer.

Dragon Quest is one of the oldest and most influential franchises in all of gaming, and XI’s gameplay still maintains the roots of the classic turn-based battles from the old days. You choose between attacks, items, and spells for each of your party members and watch as the damage unfolds. Said party members can wield a variety of weapons, including swords, greatswords, boomerangs, knives, wands, and more. Your main character begins with options right out of the gate, as the Cobblestone blacksmith equips you with both a sword and a greatsword. It’s up to you to decide how you want your characters to fight through a dynamic character builder, which you can get a feel for in the demo.

The battles are unapologetically old-school, which definitely won’t be for every type of gamer. If you need some action elements in your RPG combat, the best Dragon Quest XI has to offer is letting you run around the arena during combat. Repositioning yourself doesn’t have any impact on the battle, so it’s really just a way to twiddle your thumbs during long grind sessions. A Classic Camera without the movement controls is available to those who want a more traditional experience, too. 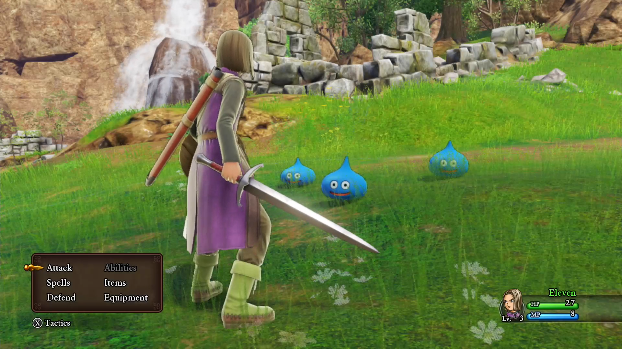 Luckily, there are no random encounters in Dragon Quest XI S, as all of the enemies can be seen in in the overworld. Besides the convenience of letting you pick and choose your battles, it’s aesthetically pleasing and makes the world feel more alive.

Dragon Quest XI S truly is the definitive edition of the game, and the demo shows off plenty of quality of life enhancements that make the game more playable and enjoyable. First, the game includes dual audio for the first time, and you can freely swap between Japanese and English voices. The English recordings are the same as the original version, but the Japanese voices are completely new for this version. The English recordings are mostly great, besides a few characters whose accents seem to change at will. The Japanese voices fit the characters well, so it really comes down to personal preference. 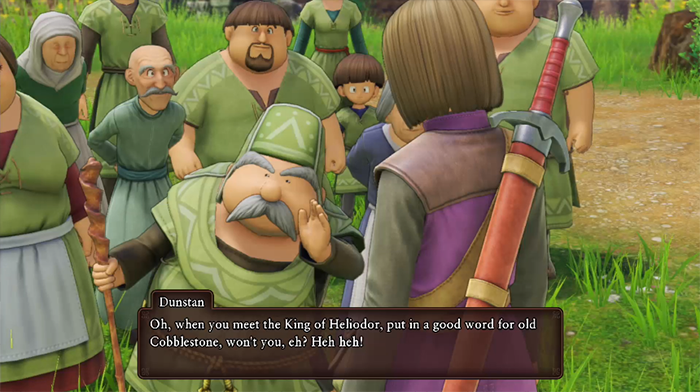 If you’ve played Dragon Quest XI already, there are a few options for speeding the game up. First, you can skip all cutscenes at any time to get right back to the action. Also, battles can take place faster with a new ultra-fast animation speed. These improvements are great for anyone trying to plow through the game to get to the extra content.

The newly orchestral soundtrack sounds fantastic, and the synthesized version is also available if you want to hear what it originally sounded like. While it’s great to hear the soundtrack in its full glory, there are some odd sound balance issues to be found. When the music, sound effects, and voices are all at full volume, the music almost completely drowns out the voices and sound effects.

The game runs acceptable on Switch, although it’s noticeable lower resolution than the PS4 original. But, if this is your first time with Dragon Quest XI, you’ll probably think the game looks beautiful on the big screen. Textures and faces look blurry in handheld mode, but the game is more than serviceable in portable mode as well. The Switch version’s highly-anticipated 2D mode isn’t available in the demo, but you’ll be able to switch at will when you visit save points in the main game. 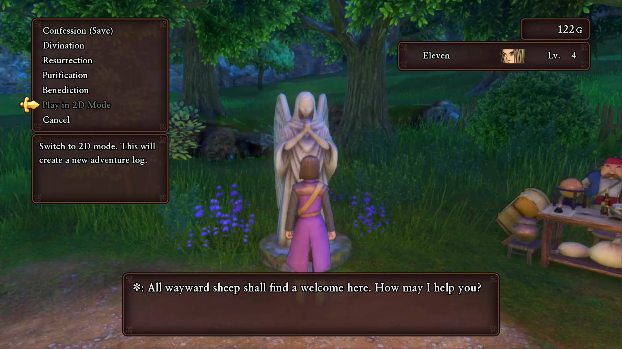 I’ve laid out the basics of the battling and the quality of life improvements seen in the Dragon Quest XI S demo on Switch, but really, the best way to decide if Dragon Quest XI S is for you is to download the demo and try it out for yourself. Nintendo and Square Enix have given you everything you need to make a decision, so I urge you to play through the game’s opening hours. Your save will carry over to the full version when it launches on September 27, so there’s really no downside to hopping into the trial version and giving it a go.