With Puyo Puyo Tetris and Puyo Puyo Champions both available on Switch and other platforms, there’s been something of a revival for the puzzle brand here in America. Quite popular in Japan, to the point of having a dedicated eSports scene and televised tournaments, Sega has been letting the series shine in its own right instead of dressing it up with other properties. The Mean Beans may be living on via the Genesis Mini (and in one of Sonic Mania’s best moments), but for the Sega Ages line we’re getting the arcade Puyo Puyo as it was in its original form. That means Arle and Carbuncle puzzling it out with a lineup of strange faces all along the way to the Dark Prince himself.

For me, the biggest draw of Sega Ages Puyo Puyo is the inclusion of the rare, translated arcade mode. With its own English voiceover for combos, some character name changes, and a whole lot of silly dialogue, it’s a lot of fun and shows the game’s Madou Monogatari roots. For purists the Japanese version is also available with a quick menu swap. The speed ramps up pretty quickly in single-player, making for an interesting contrast with the cute cast that kept me coming back to see more and push further forward. Thankfully, with save states and other tweakable mechanics, that won’t be as daunting a task as it sounds, adding further value to the Ages version. 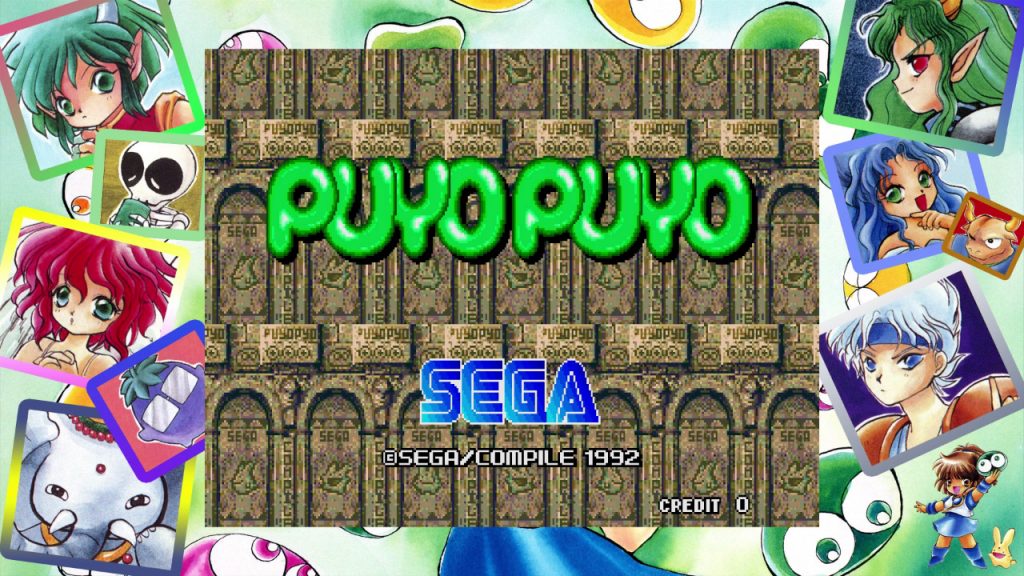 What sets the first Puyo Puyo apart from later entries on a fundamental level is the absence of offsetting. In games past this, popping Puyo would stall the opponent’s attack and keep garbage from filling up your window. Pop a long enough chain, and you even negate it entirely or send back a stronger one. That back and forth has gone on to help define the series, and without it the game becomes more of a race to trigger the biggest chain first or to block off your opponent’s own chains before they happen, rather than giving you a chance to defend and reflect that rewards thoughtful building rather than rapid. It makes this Puyo Puyo a different flavor of a familiar treat, though some of the back and forth nature of the game is lost in the process. There are a few mechanical additions though, like more options for rotating Puyo pairs that weren’t added until later entries (this can also be toggled if you want the game as it was).

Speaking of additions, online multiplayer is here as are leaderboards. If you’re out to show your skill at the OG version of the game this is the place to go, though for a more thriving scene with more variety of play I’d point you to Puyo Tet or Champions. It’s still a great addition, though, especially for what could’ve been just a straightforward re-release. Likewise, you’ll find the expected borders and visual options, to give your screen a little Puyo flair and bring back those scanlines like it’s 1992. As far as performance, things ran great and make for another example of M2’s porting mastery. 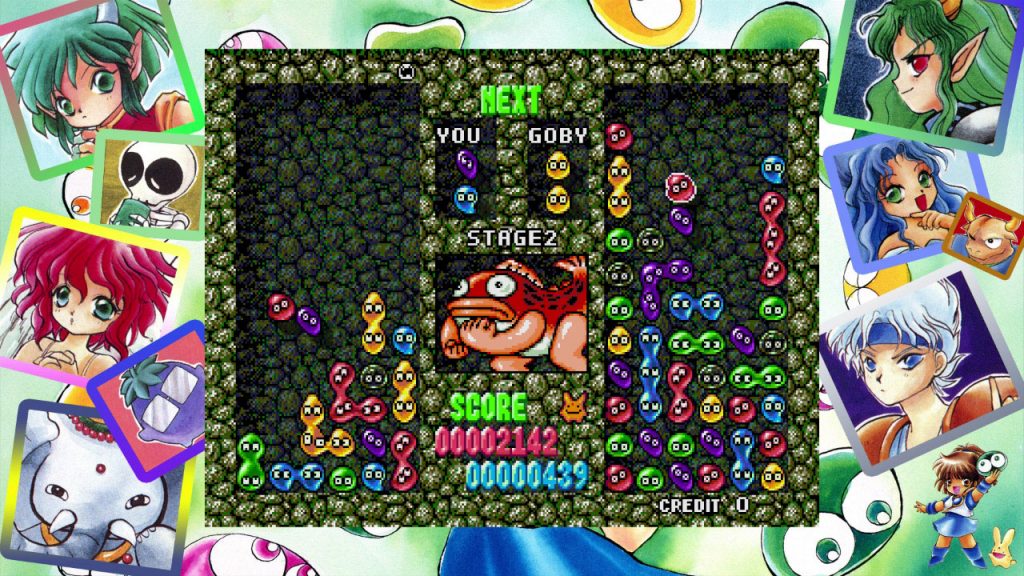 I recommend Sega Ages Puyo Puyo mostly to those who’re interested in the series’ history or those who want a rare piece of puzzle game history via its translated single-player. For competitively minded players, the loss of offsetting fundamentally changes things no matter how much I love the classic look. For $7.99 it’s certainly worth it regardless, though if you’re planning on grabbing the Genesis Mini soon, keep in mind it’s possible to swap Mean Bean to Puyo Puyo by toggling to the Japanese version (though that’ll be the untranslated version). This has me most hopeful for when Sega Ages tackles Puyo Puyo Tsu, the game that introduced offsetting and really built up the series’ popularity — but until then, this is still a welcome piece of my retro Switch library.