Final Fantasy fans were beyond thrilled to learn that Final Fantasy VIII Remastered would be coming to Nintendo Switch during the big reveal at E3 a few months ago. And now it looks like that release will become available beyond the digital realm, as Play-Asia has listed physical copies for pre-order today. 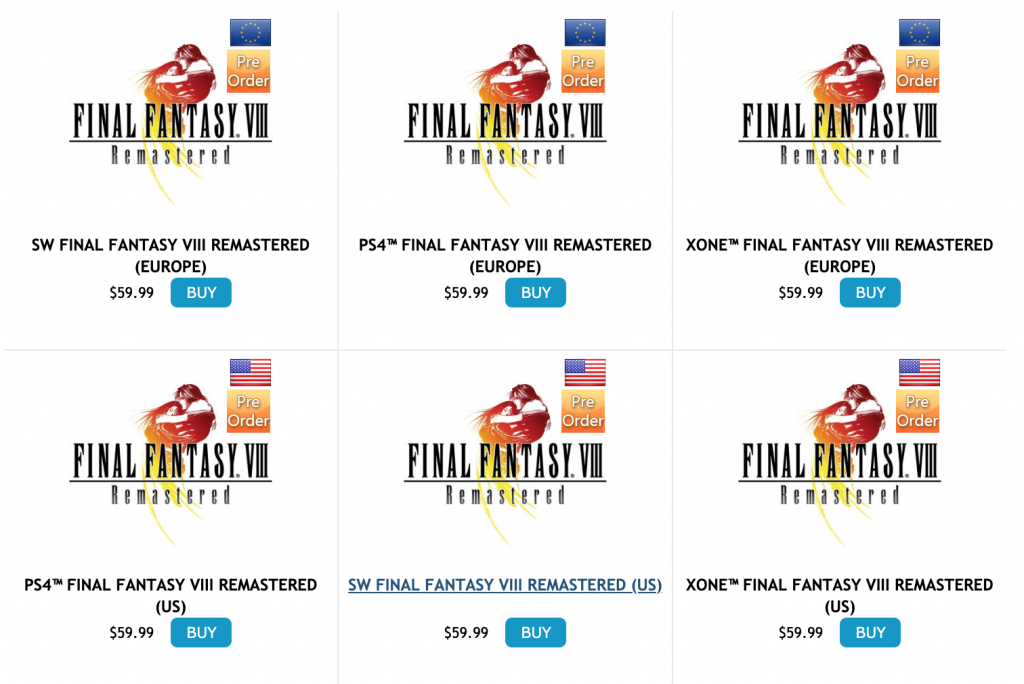 It looks like both Europe and the US can expect a physical release of Final Fantasy VIII Remastered on Switch, Xbox One, and PlayStation 4 sometime in the future, with all copies currently sitting at $59.99. Square Enix has not yet provided confirmation or any further details about the release, but we’ll keep you posted as more information becomes available. Until then, you can keep an eye on the Play-Asia listings!