In 2017, Sumo Digital (known for working with other publishers on titles like Team Sonic Racing and Crackdown 3), transformed one of its internal game jam projects into a self-published title – Snake Pass. Now, they studio has done it again, with Pass the Punch.

Described as a 2D beat’em up with inspiration drawn from ’80s and ’90s Saturday cartoons, you’ll fight through the city of New Atlas as heroes who gain powers based on their every day lives, like Rush whose gym ownership experience lets her become a lightning fast boxer, or Claud, whose LARPing skills let him become a berserker with a massive blade. 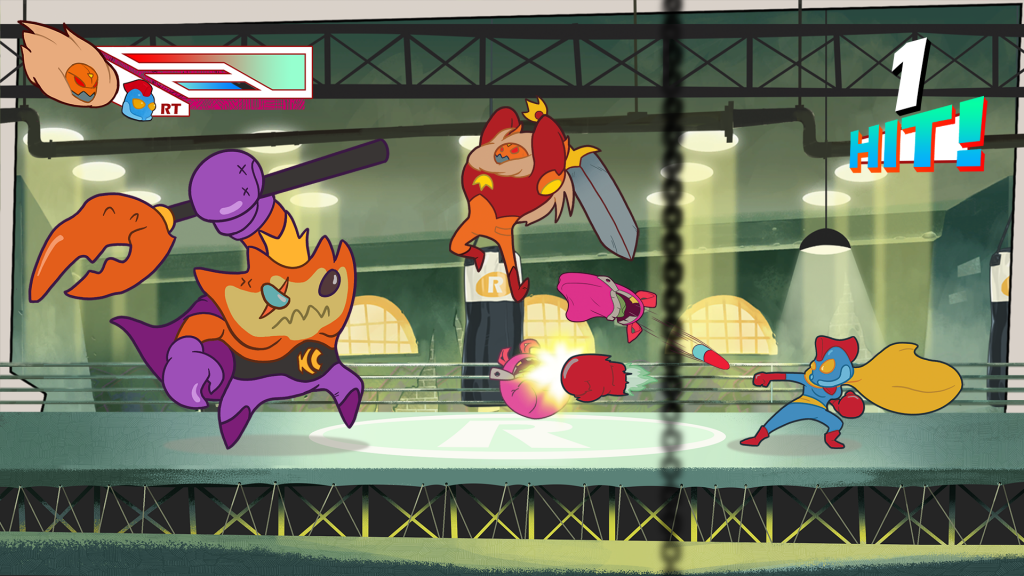 The game will support two player co-op and solo play with an AI partner, as an integral mechanic is the titular “pass the punch” which unleashes a special attack.