This morning, Sakurai gave us an extended look at the Dragon Quest Hero’s moveset in Super Smash Bros. Ultimate. As a huge Dragon Quest fan, I was absolutely thrilled with the amount of love and detail shown for the franchise in this presentation; the moves, animations, and other small details show an immense amount of respect for the legendary RPG series, and I can’t wait to try them out for myself later today.

Sakurai said that the Hero actually has the most moves out of any character in Smash Bros., thanks to his incredibly wide selection of spell attacks. Neutral, up, and side special are each assigned their own family of spells, with three different levels of strength for each one.

Neutral Special utilizes the Frizz family of attacks — Frizz, Frizzle, and Kafrizz. Frizz is a simple ranged option to keep enemies at bay, while Kafrizz deals some serious damage. These three fiery options each take a different amount of time to charge up, and you can stop your charge and resume it later. However, you must have enough MP to execute the move, which can be monitored next to your damage percentage on the bottom of your screen. Just like in Dragon Quest, all magic attacks require a specific amount of MP, and in Smash Bros., you can recharge your MP by landing sword attacks. 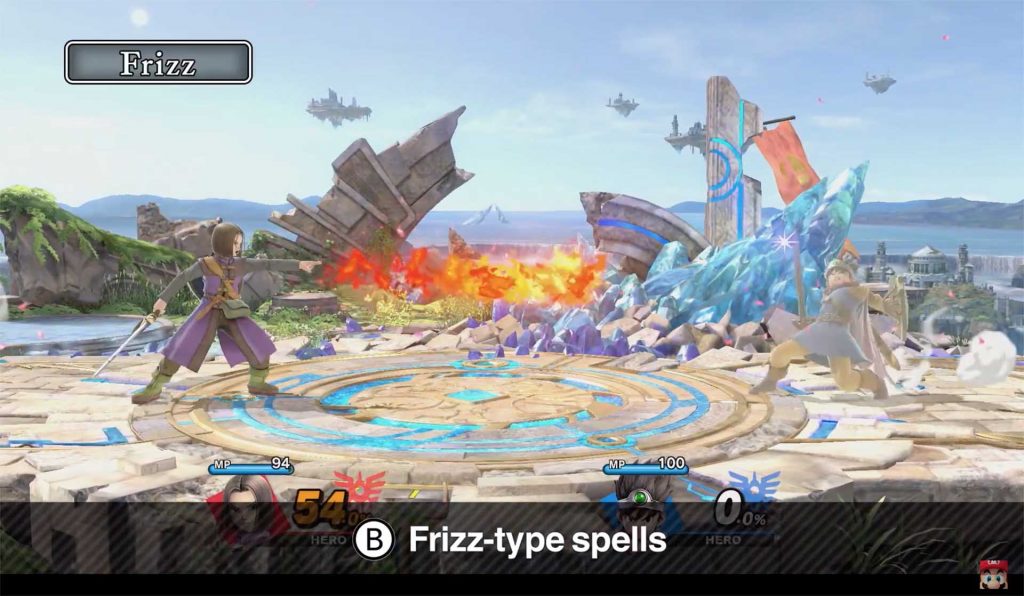 Zap-type spells are assigned to Side Special, including Zap, Zapple, and Kazap. Zap and Zapple both have decent sideways range, but Kazap is a devastating spin attack that’s sure to send enemies flying. It comes at a cost, though– it takes about 40 of your available 100 MP to execute a Kazap.

Recovery is done with the Woosh-type spells: Woosh, Swoosh, and Kaswoosh. Like the ones we’ve already covered, these three moves increase their effectiveness the longer you charge up, but it comes at the cost of more MP. Woosh is a fine option for when you’re near the stage, but only Kaswoosh will get the job done when you’re further away from the stage. 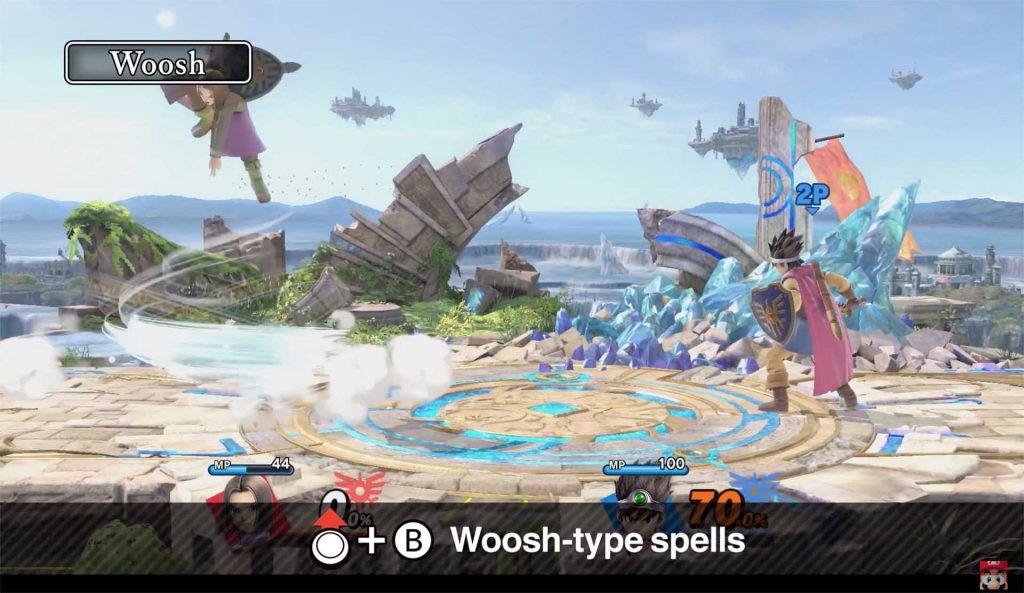 The Hero’s library of Down Special moves is what makes him one of the most unique Smash Bros. characters. When you deploy your Down Special, a menu of four randomly-selected spells appears on the bottom of the screen. Each of these spells has a completely different use, and Sakurai gave a rundown of what they do:

Wow. That’s a ton of spells! It’s amazing to see these Dragon Quest spells so thoughtfully translated to Smash Bros. It will be exciting to see how the Command Selection plays out, especially when top-tier players have a chance to figure out which moves work the best.

The Hero’s Final Smash, Gigaslash, calls on every protagonist from the mainline Dragon Quest series that isn’t playable in Ultimate. Using their power, you let out one huge attack on an enemy in close range. Like Mega Man’s big finish, it’s awesome to see all of the heroes come together in one shot. 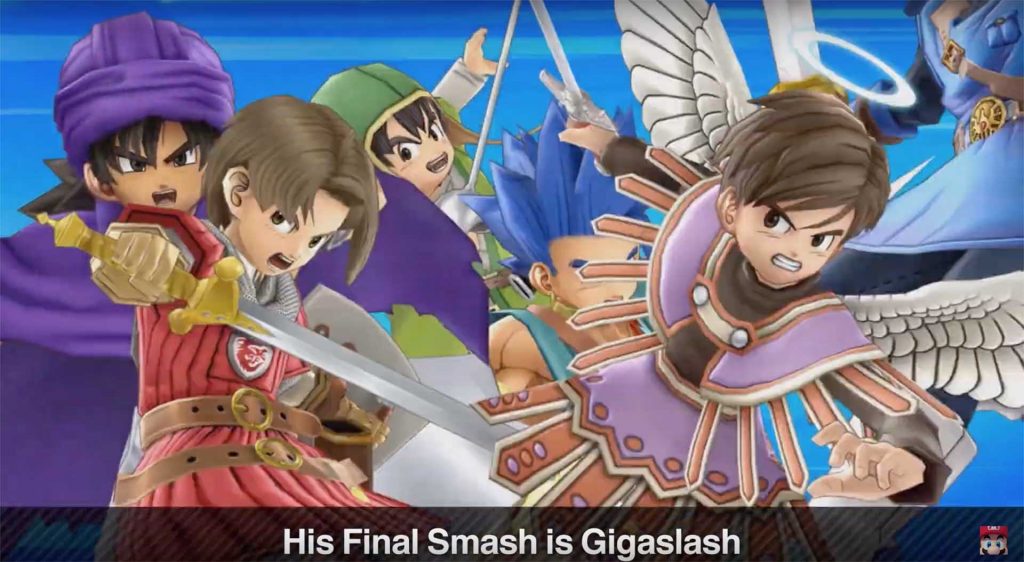 The normal attacks look like pretty basic swordfighter fare, with one big exception: Smash Attacks can randomly trigger a critical hit that results in the zoom-in effect and sends the enemy flying. It looks like another exciting reference to Dragon Quest that adds an element of RNG luck to the equation.

The amount of fan-service and detail included in the Hero’s moveset is incredible — it feels like it was intentionally designed to feel like turn-based Dragon Quest transformed into a frenetic fighter. I can’t wait to see how it all plays out when the Hero launches later today!