Just like Joker did before, The Hero is bringing along a new Spirit Board and music to round out their DLC pack. While the upcoming (for Switch at least) Dragon Quest XI is getting the most focus — particularly with the Yggdrasil’s Altar stage —  a lot of what’s coming to the board draws from the franchise’s beginnings. 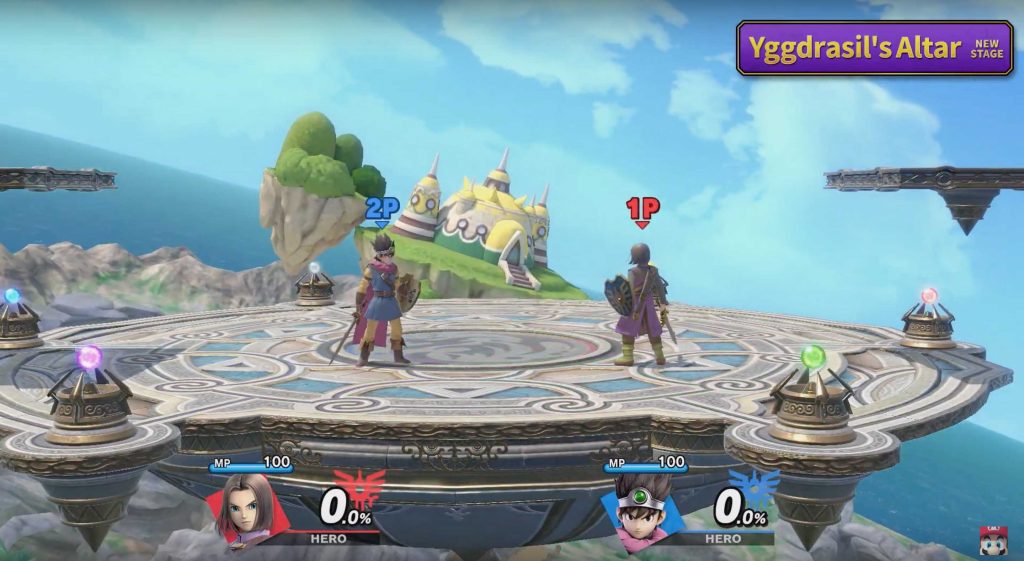 In order, we have iconic monsters like Slime, Draky, Golem, Liquid Metal Slime, and Great Sabrecub; followed by Cetacea and the entire party from DQXI. For the monsters it looks like their artwork is being taken from their games of origin (the original for the first three, II for Liquid Metal Slime, and V for Great Sabrecub), paying tribute to Akira Toriyama’s work splendidly. While we don’t have the details on who’ll be standing in for all these Spirits, we do see a bit of The Hero’s Classic Mode; and it’s safe to say Kirby’s the go-to for all things Slime.

As for the music, each variant of The Hero is getting a pair of songs to represent their game of origin in My Music. They include the following: 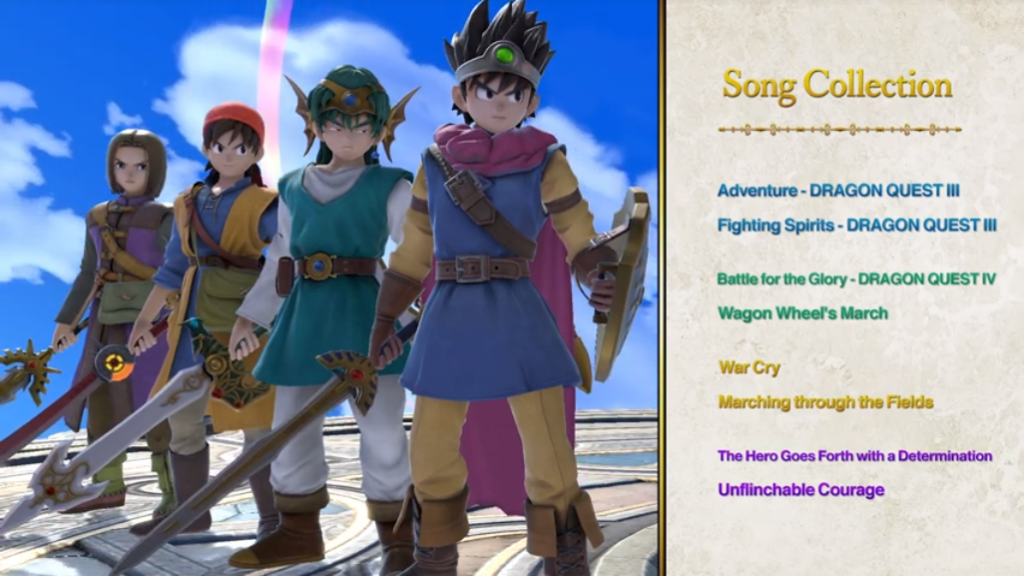 Likewise, Sakurai was sure to note that while the instantly recognizable prelude from the games isn’t a selectable track, the ending of it will be The Hero’s victory fanfare nonetheless. Altogether, it lets you rep your DQ of choice, and is a step above what Final Fantasy got as far as music in Smash.

Be sure to check all of this out for yourself after fighting against the servers when The Hero and Version 4.0 come to Super Smash Bros. Ultimate later today.