As a Nintendo fan, I’m no stranger to having the same game multiple times, on every platform possible. Blame enhanced remakes, compilations, and the Virtual Console, but at least I try to keep this limited to my personal favorites. I’ve got multiple physical and digital copies of games like Kirby’s Adventure and EarthBound to the point I’m pretty sure I’ve at least quintuple dipped on them, which will no doubt get some of you nodding your head in approval while the rest chide my poor, poor choices. Soon, another game will rank right there with them, though, and while it isn’t a Nintendo title itself, its long overdue debut on Switch is what’s pushing Skullgirls over the edge into the illustrious “why do I have five copies of this?” club.

This isn’t completely blind devotion though, as this last weekend I had the fortune of being able to sample Skullgirls on Switch at Anime Expo 2019. For clarity, the Switch is getting the second Encore version of the game that includes all the post-release DLC characters and content by default. Playing with the game docked, the years of familiarity with past versions served me well. I was able to pull off familiar moves and combos with only a little bit of readjustment, and everything ran smoothly as far as gameplay goes. There were a few visual hiccups, but I was told by a representative that the build present was a few versions back from where they’re at with the game currently, and such situations shouldn’t be present. 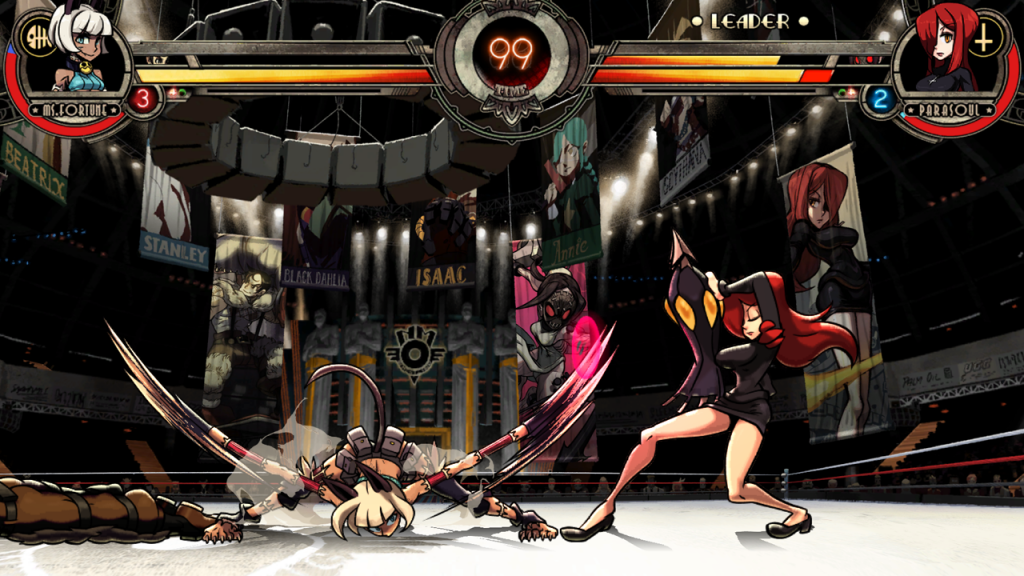 And good thing too, because Skullgirls has always been a gorgeous game to watch in motion. Unique characters and environments are paired with a truly staggering amount of animations here; and while I didn’t have the chance to sample the game in handheld mode, the idea of this visual splendor being on tap for quick matches wherever I go is (personally speaking) worth the re-(re,re,re,re)-admission. As it’s a port rather than sort of touchup, if you’re set in your ways on PlayStation 4 or have gotten your handheld fill on Vita, then there might not be enough incentive for you here. Still, the Switch has a growing suite of fighters and Skullgirls makes that selection even sweeter.

On the other hand, if you’ve never had the chance to play Skullgirls before and are a fan of the genre, I highly recommend keeping it on your radar. It has plenty of lore behind its cast to dive into; boundless references to other games and media in its attacks and palette choices; a flexible system that allows for one, two, and three character teams to fight it out with each other on equal footing; and music courtesy of Symphony of the Night’s own Michiru Yamane. You can find plenty of info, both on its world and gameplay, both from official and unofficial sources. Also, if you’re a novice when it comes to fighters, it features a solid training mode that seeks to teach you the fundamentals across the board and for specific characters. 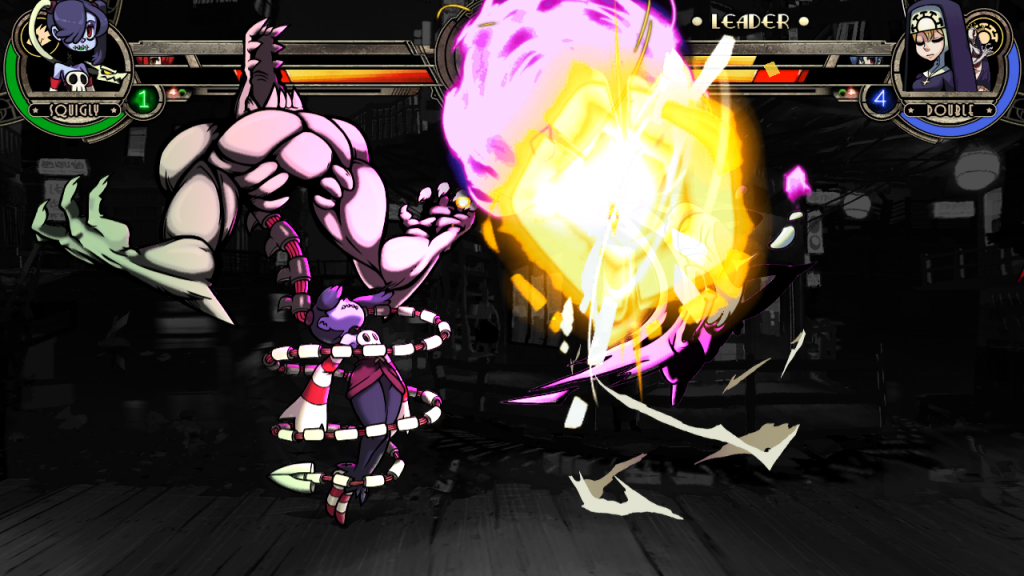 For those of you like me who are up for another go around with the game, Skybound still has the Skullgirls Switch Limited Edition available for order as of this writing. This features a physical copy of the game, a Joy-Con skin, and the soundtrack on vinyl. I was told numbers are dwindling, and with the game’s Fall 2019 release just around the corner, they could be gone before you know it.