At $100 less than the standard Switch’s RRP, it’s cut down in features — there’s no docking support, HD rumble, IR sensors, or detachable Joy-Con.

The Nintendo Switch Lite also has integrated controls, no kickstand, and does not support video output to a TV — meaning it doesn’t come with a dock or HDMI cable.

It also still supports Wi-Fi, Bluetooth, and NFC, and gyro controls are still baked in.

In the press release for the Nintendo Switch Lite announcement, Nintendo of America President Doug Bowser explained the value behind the new miniature system.

“Adding Nintendo Switch Lite to the lineup gives gamers more color and price point options,” said Bowser. “Now consumers can choose the system that best suits how they like to play their favorite Nintendo Switch games.”

According to The Verge, which was able to experience the Nintendo Switch Lite prior to its reveal, the system is “significantly lighter” than the original, and also “feels more sturdy since the Joy-Con controllers are now part of the device.”

The Switch Lite also has a “proper D-pad,” according to The Verge, instead of the directional buttons found on Joy-Con for the original system. 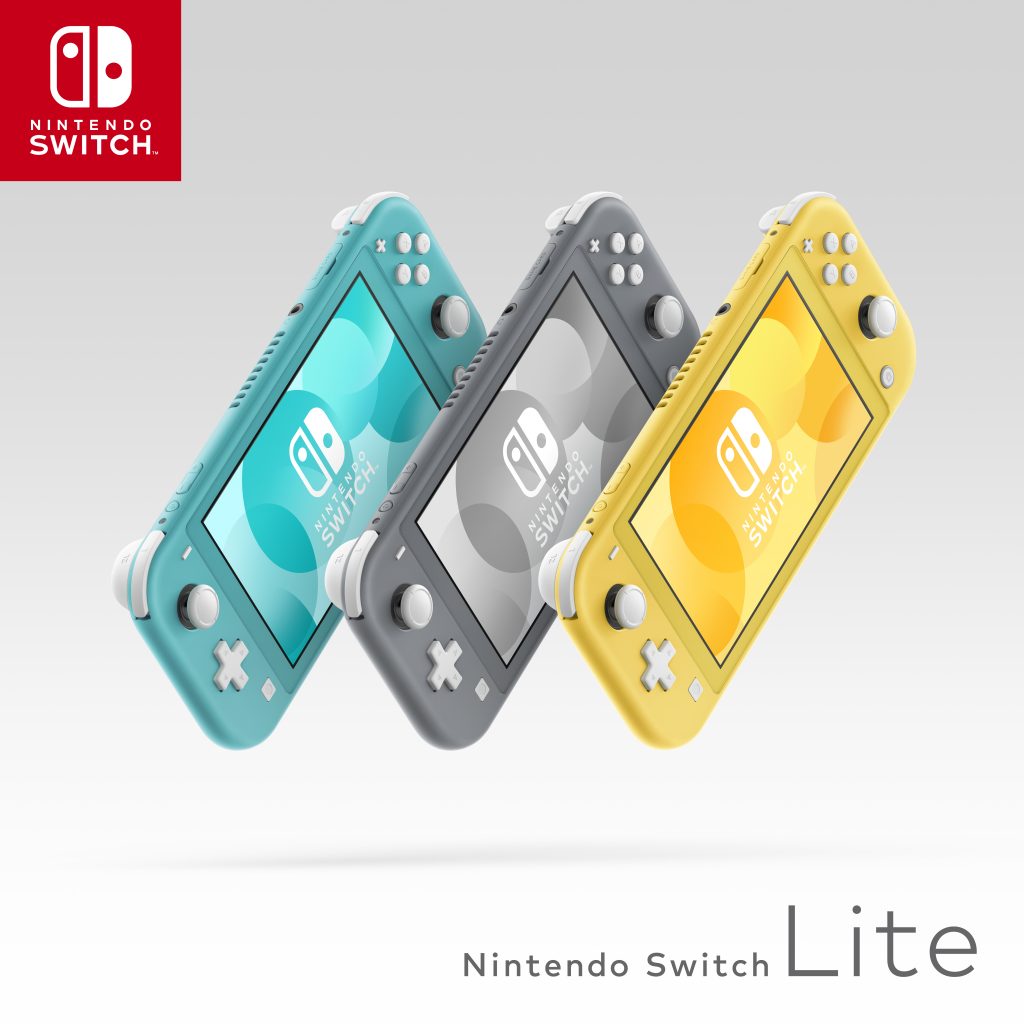 The Verge, which confirmed that the screen resolution on the Nintendo Switch Lite will be 720p like the original Switch, also mentions that the system won’t come with an auto-brightness adjust feature.

CNET was also able to secure a hands-on with the system before its announcement, sharing that while the smaller 720p screen on the Switch Lite makes games look “a bit sharper,” in some cases, it can be more difficult to read smaller text.

CNET’s Scott Stein also added that the matte plastic and “solid feel” of the Switch Lite reminded him of the Nintendo 2DS XL or a “cousin of the 3DS,” and that the system doesn’t “flex or creak” as much as the original Switch due to the lack of detachable Joy-Con controllers.

While the system still isn’t pocket-sized, Stein does call it “a lot more jacket-pocket friendly, like a gaming Kindle.”

What about those who want to use the Nintendo Switch Lite as a secondary system to their regular Switch, and share games between them?

“You will have the ability to transfer between devices, your gameplay experiences. More to come on there, but that is the intention,” Doug Bowser says.

However, in CNET’s talk with Doug Bowser, Bowser says the Lite will be the only new Nintendo Switch hardware available this holiday and that the larger Switch won’t get an upgrade “right now.”

According to Bowser, watching how people played with their Switch consoles informed the decision to create a portable-only version.

“It’s more about how we’ve observed them playing,” Bowser told The Verge. “We have the ability to track how people play games and play our titles, so I would say that it’s really an option that offers more choices to people.”

All the changes to the Nintendo Switch Lite, though, may create some compatibility problems: While all currently-existing accessories and controllers, like the Switch Pro Controller and Joy-Con, are able to be used with the Switch Lite, to play some games like 1-2 Switch and Super Mario Party on the Switch Lite will require the purchase of Joy-Con.

These titles rely heavily on the motion controls found in the Joy-Con controllers, and therefore won’t be able to be played on the Switch Lite by itself.

The system will launch this September with three color options — Yellow, Gray, and Turquoise — for $199 USD.

A carrying case and screen protector set for Nintendo Switch Lite will also be available.

If you’re willing to wait a little longer, though, a Pokémon-themed version with art of Zacian and Zamazenta will launch just before Pokémon Sword and Pokémon Shield on November 8th.

What’re your thoughts on the Nintendo Switch Lite? Will you be picking one up when it launches later this year? Let us know in the comments!