I love Dragon Quest. Prior to last year I’d only dabbled in the franchise, but Dragon Quest XI pulled me in all the way. I’ve played a little bit of the original Dragon Quest Builders, but ever since the sequel was announced, I’ve been excited to dive into the world of Builders. Dragon Quest Builders 2 once again mashes together Square Enix’s JRPG juggernaut with Minecraft. My time exploring the first main area (which lasted about an hour or so), the Isle of Awakening, was fun — but it wasn’t without a few frustrations.

Dragon Quest’s Holy Trinity — Director Yuji Horii, Artist Akira Toriyama, and Composer Koichi Sugiyama — are all on board for Builders 2, so the game oozes (Slime pun intended) with Dragon Quest’s timeless personality. The dialogue is charming, the music flows beautifully, and the character design is as great as ever.

You play as an apprentice builder in Builders 2, and the demo kicks off with your character locked up on a pirate ship. The monsters in Dragon Quest hate builders, and they plan to execute you soon — but, not without teaching you how to play the game first. The monsters make you fix up their ship, which teaches you how to gather materials, build basic structures, and fight simple monsters. The controls are simple enough, but the basic act of navigating menus can feel a bit clunky. Like in the original Builders, menus can only be navigated with the D-pad, not the control stick. This was pretty inconvenient, but it shouldn’t be too hard to adjust to in the full game. The demo is definitely a bit chatty, but I’ll chalk that up to the extensive tutorials. 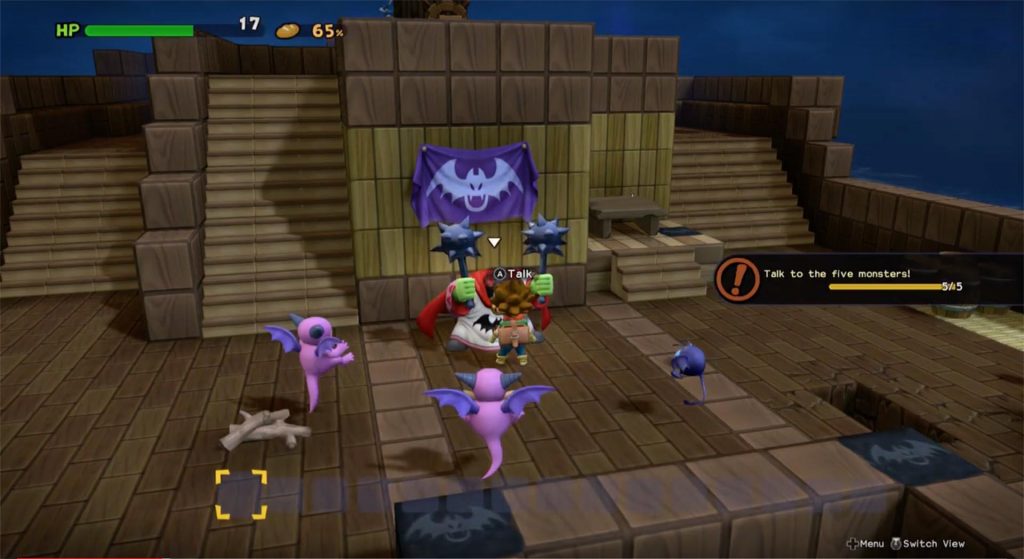 Eventually, I escaped the ship and washed up on the Isle of Awakening, a blank slate that will no doubt be home to many creations in the full version. I met Malroth, an amnesiac with a dark side, and Lulu, a wealthy girl with an attitude. Lulu served as the quest giver in the demo, as I had to gather enough materials so she could have shelter, bedding, and food for the night. Malroth followed behind me as I gathered resources, and he even helped cut down some Slimes with me.

Like the original Builders, combat isn’t the main draw, so it’s pretty simple. Attacks are executed by a simple button press, but you still have to maneuver to avoid the enemy blows. It was nice to have Malroth around to make some of these combat scenarios go by a little bit quicker.

Unfortunately, Malroth constantly tagging along also led to some issues. I decided to build a small house, just for fun, and Malroth was constantly standing in the space I was trying to place a block in. He moved as soon as I placed it, but it was annoying trying to navigate around him during construction. It remains to be seen if he tags along 100% of the time, but I hope there’s a way to get him to stay behind in the full game. 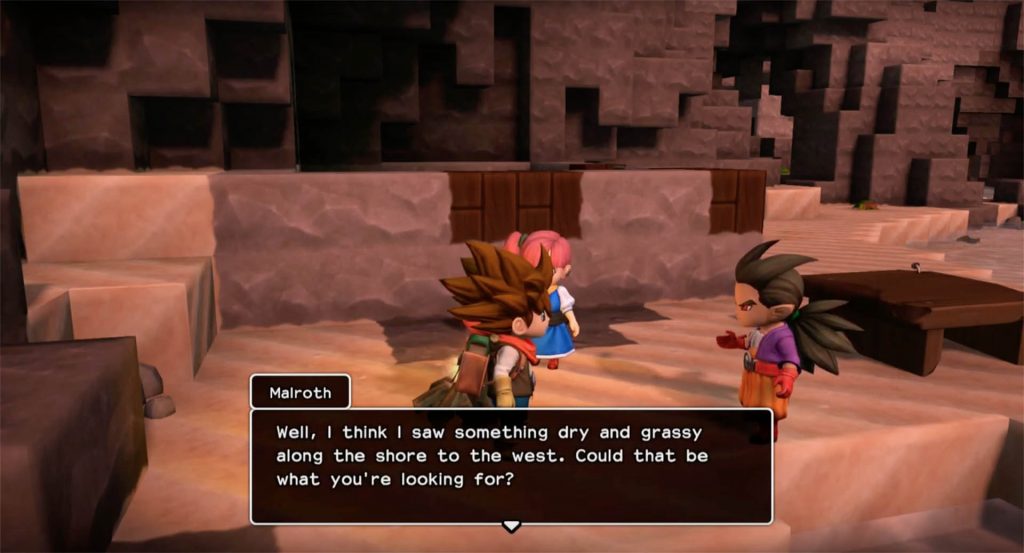 The Builders 2 demo introduced me to the basic crafting of the game, which takes place at crafting tables. The interface was easy enough to use, and it made it super clear what materials I needed to forge each item. Once you have the proper materials, items like torches, bedding, and weapons can be forged at the press of a button.

After I completed all the quests the demo had to offer, I spent some more time exploring the island. I was impressed by the number of environments on the Isle of Awakening (ice, desert, plains, and more), and I can see myself getting lost gathering resources in each one.

The demo ends by introducing a ship to sail to other islands, and I can’t wait to see what kind of environments each different location has to offer. July 12th can’t get here soon enough!