There are few arcade games I love quite like Space Harrier, with its surreal aesthetic, amazing soundtrack, and fun gameplay loop making it stand the test of time despite first releasing in Japanese arcades back in 1986.

Now, the game is heading to Switch as part of Sega Ages, and the porters over at M2 have detailed just what the new version will include via the game’s official site. Thanks go to Gematsu for the translations.

First up is confirmation that features added to the 3DS “3D Classics” version will make the cut here, too. That means widescreen support, the home version boss Haya Oh being added to the original game, and a CRT filter and border reminiscent of the arcade machine itself. 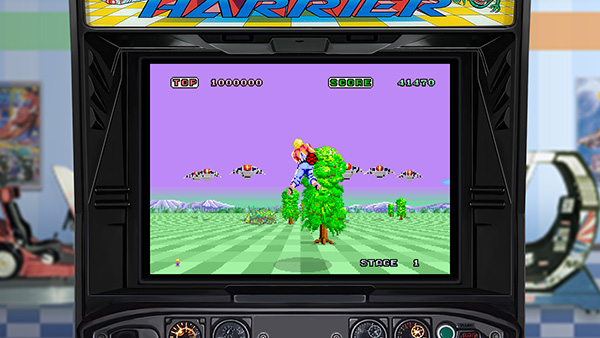 It’s not all old features, though. The new Komainu Barrier Attack mode gives Harrier the Komainu shield for the entire game; he typically only has it for the Stage 17 boss. This lets you plow through all obstacles that aren’t bullets, unless Komainu himself is hit on either side of you in which case the shield will dissipate for a short time. 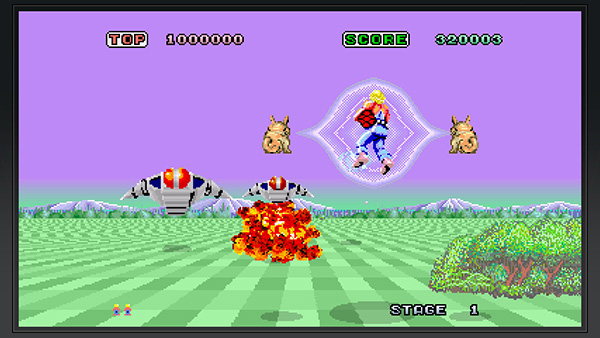 Finally, the game will make use of the Joy-Con’s motion controls and let you hold it vertically, mimicking the original arcade joystick. It sounds like it could be quite immersive, but we’ll have to wait and see if it works well.

Sega Ages: Space Harrier is out “soon” in Japan, with no date yet promised for the west.