Review: My Friend Pedro on Switch

Ever wondered if fruit could talk, what wisdom they’d impart? Apples would probably nag us to eat healthier, given their obsession with keeping doctors at bay. Berries would simply blather on about the past thanks to their uncanny ability to ‘member stuff. As for Pineapples… let’s be honest. They’d undoubtedly tell us to stop ruining pizza because seriously, that needs to stop being a thing.

But what of the mighty banana? According to developers DeadToast Entertainment, they’d be a bunch (heh) of masochists hellbent on killing everything in sight. Though who could blame them? Decades of physical and mental abuse being run over in Mario Kart and locked away in the deepest, darkest caves of Donkey Kong Island would drive anyone to the brink of insanity.

Based on a 2014 Flash game by the same name, My Friend Pedro is the story of one man’s mental breakdown as he and his imaginary banana buddy run ‘n gun through the bowels of a notorious crime syndicate. More importantly, it’s an action-packed, adrenaline-fueled rush from start to finish featuring creative gunplay, clever level design, and stylish acrobatics any fan of the genre is sure to enjoy. 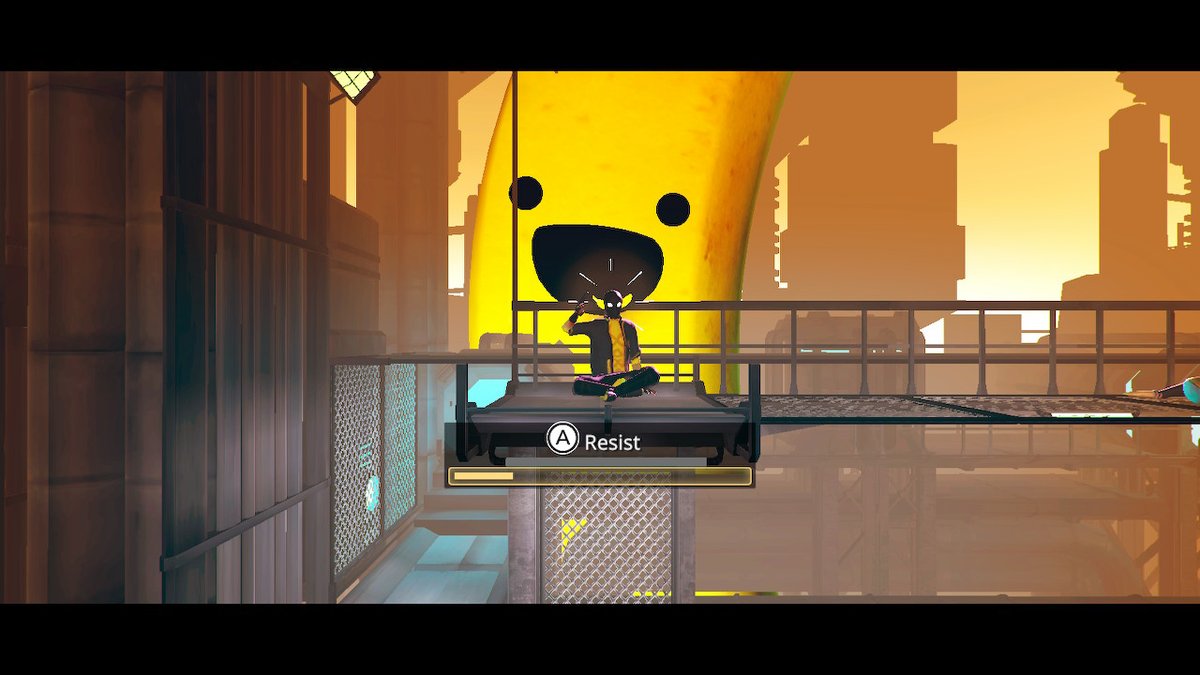 Players slip on the mask of a man on a murderous mission, though a cold case of amnesia leaves him a bit fuzzy regarding the particulars. Adding insult to injury, our masked marauder is cuckoo for companionship, manifesting himself a sentient banana friend with a lust for carnage named Pedro. Together they brave the wilds of Mafioso meat lockers, nerd-infested sewers, and even the inner workings of the World Wide Web itself in search of both blood and answers.

If the talking piece of fruit didn’t clue you in, the story doesn’t take itself too seriously, and neither should you. Like most games in the run ‘n gun genre, the narrative simply serves as window dressing to justify why you’re slaughtering everything in sight. Sure, there’s a satisfying, albeit predictable, payoff at the end that dots the i’s and crosses the t’s, but it’s hardly anything deep or particularly interesting. 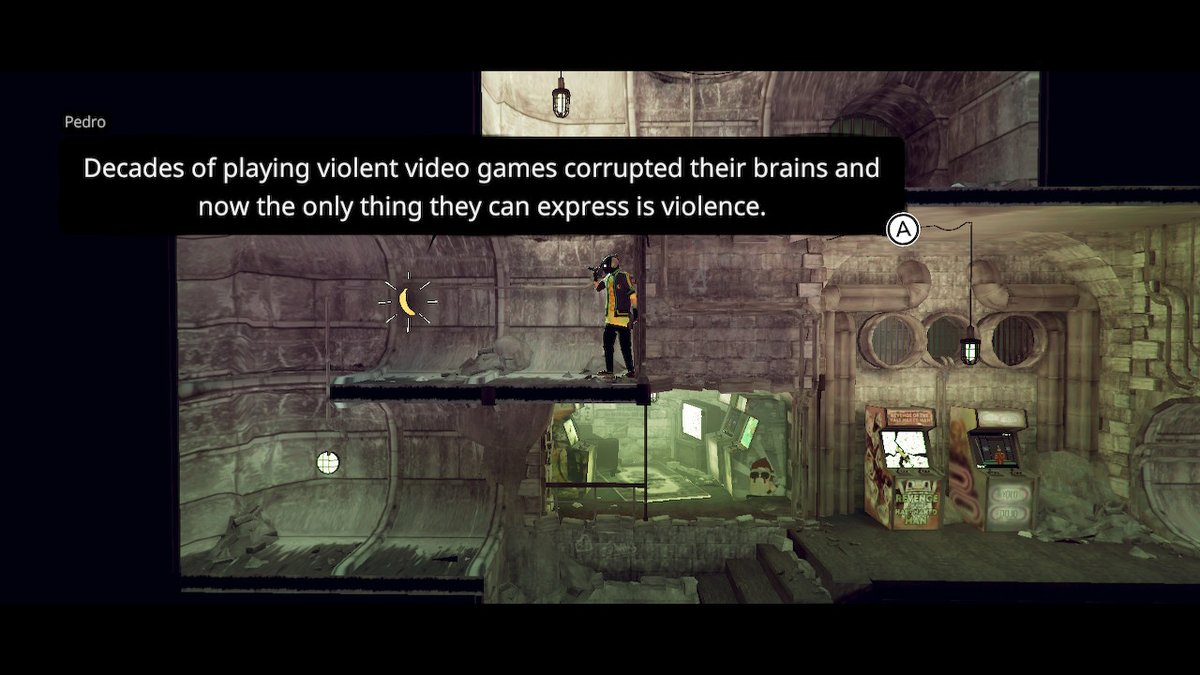 That said, if the game’s absurd setup doesn’t grab your attention, its silky smooth combat will. At its core, My Friend Pedro is a 2D side-scroller that rewards flashy acrobatic trick shots, ricochets, and environmental kills. Dual wielded weapons like Uzis and pistols can have their aim split for added style points, and well-timed dodges unleash a flurry of bullets in all directions. Taking a page out of Max Payne’s playbook, our amnesic assassin can also trigger slow-motion at the press of a button for more calculated attacks. Admittedly, the controls take some getting used to, especially given the slow-motion mechanic defaults to pushing in the left joystick, but once mastered, the game produces some of the most fluid firefights ever experienced.

The introduction of new weapons and gameplay mechanics are well-paced between stages, assuring the action rarely loses its luster. Environmental objects — from explosive gas canisters and propane tanks to rideable skateboards and oil drums — mix things up from relying solely on your arsenal of snipers and shotguns. My personal favorite involves emptying an entire clip on a kicked up frying pan, watching in bewilderment as bullets ricochet wildly towards unwitting enemies. 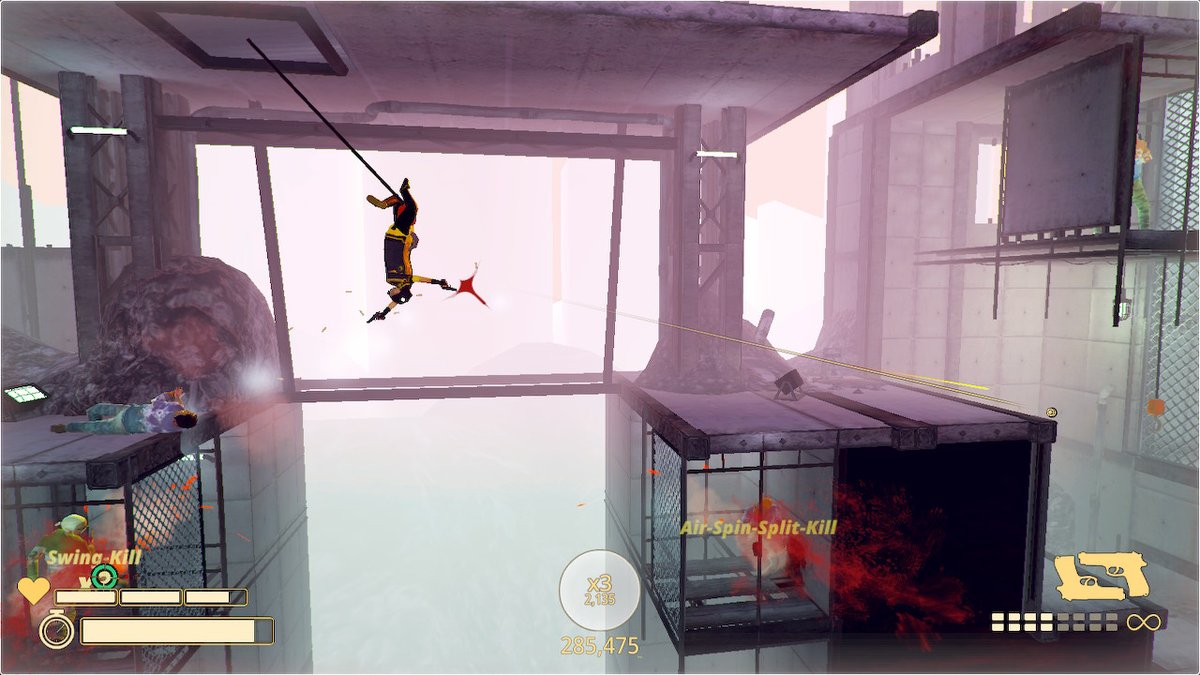 The magic really starts to happen once you string a bunch of these acrobatics together. A typical day in the life might involve cartwheeling onto a skateboard, kick-flipping through a window, and grabbing the nearest zipline as you hang upside down, all while unloading a ballet of bullets — only to finally land right back on that same skateboard and continue shredding stages Tony Hawk style. Unlike most shooters, haphazardly mowing down enemies won’t get you far. It’s all about the style of the kill, especially if you want your fancy feats emblazoned on the online leaderboard for all to see.

Peppered in between Pedro’s action-packed soup is some light physics-based platforming to puzzle through. Wall jumping through a miniature maze, shooting levers to activate platforms, and strategically leaping through a corridor of lasers are just a few of the obstacles you’ll gun through. Most are clever in execution and suitably paced, though some late game stages focus a bit too heavily on them, especially the few that feature no enemies whatsoever. This has a tendency to bog down the action a bit, which seems slightly at odds for a game whose soundtrack, while not particularly hum-worthy, keeps the action cranked to eleven.

That’s not too bad considering stages don’t take very long to beat, averaging no more than five minutes a piece. Though once you’ve blazed through the roughly four-hour campaign there’s not much left in the way of extra content. High score chasing is the name of the game as you hone your skills for online leaderboard superiority. Your performance is primarily ranked based on speed, style, and combo streaks, with bonus points given for clearing out all enemies while never dying on harder difficulties (the highest of which is appropriately called ‘bananas’). Gain enough S-ranks and you’re sure to earn yourself a spot amongst the elite of potassium powered players. 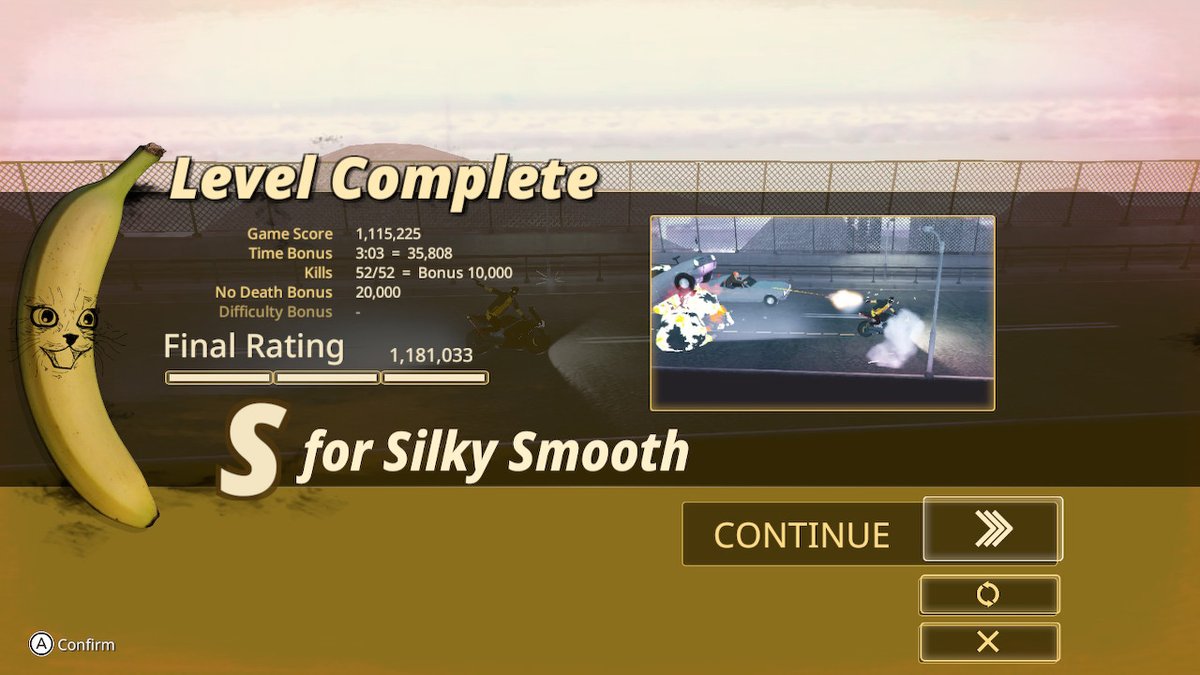 A GREAT SOURCE OF POTASSIUM

If you’ll pardon the pun, My Friend Pedro is bananas with a capital B. The combat’s a blast, gunplay fluid, and a consistent trickle of new gameplay elements keep the action from getting too repetitive. Sure, the story won’t be winning any Oscars, and a few platform heavy segments occasionally come at odds with the combat’s breakneck pacing, but peel away these minor shortcomings you’ll find one of the most sweet, fresh, and fully ripened run ‘n guns around.

At the very least, you may never look at bananas quite the same again. 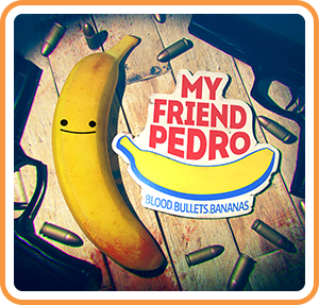