Yu-Gi-Oh! Legacy of the Duelist: Link Evolution brought me back to my TCG past and up to speed with the game’s present state

Long before amiibo and Kirby goods ruled my wallet, I can remember putting my yard sale earnings and birthday wishes towards cards. Pokémon cards were the first, but for a while I was gathering up packs on packs on packs of Yu-Gi-Oh! Cards and spending Saturdays at local play events. I was never great, but I had a deck I could be proud of and in the following years would pick up some of the games, putting the most time into The Eternal Duelist Soul on Game Boy Advance. Several more have come and gone since, bringing thousands more cards, multiple anime, and paradigm shifts tied to new summoning mechanics.

That brings us to the Switch, and during this year’s E3 Konami was kind enough to invite me to an extended play session with the upcoming Yu-Gi-Oh! Legacy of the Duelist: Link Evolution. The game’s looking to encompass the entirety of the card game and anime, promising over 9,000 cards and playable storylines tied to the various eras of the show. I decided to start off with something simple to acquaint myself with the game and to get a feel for it on Switch, jumping into the “My grandpa’s deck has no pathetic cards” duel that started it all. 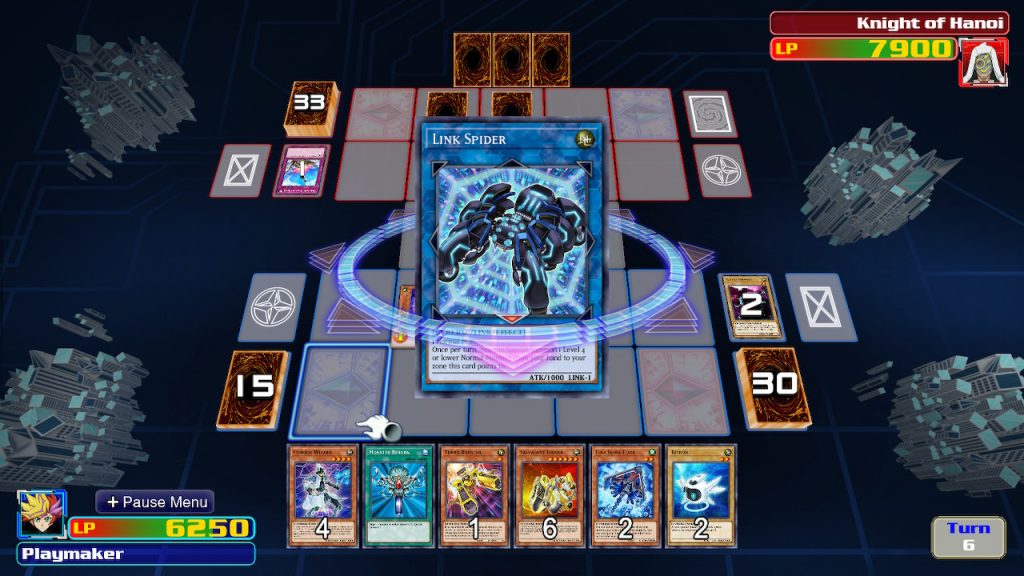 Mechanically everything was fairly straightforward with even a passing understanding of the game. You have your various card zones (five for monsters, five for spells and traps), deck, graveyard, and extra deck all clearly defined. Each phase (draw, standby, main, etc.) was announced clearly and were easy to progress to (or skip when desired), and I never struggled with how to select a card, set it, or trigger it. Reading card effects was as simple as highlighting the card, which would prompt a window to spawn with its effects rendered in a more legible manner, and could be done even on an opponent’s turn.

To put it more plainly, everything functioned in a way that felt natural. The only complaint I have would be that in certain circumstances the prompt to activate a card effect would appear again and again. It’s a necessary sacrifice to fluidity in order to fit the format and allow precision with said effects, though. I wasn’t able to check if options allowed any sort of speed up for computer actions, but all in all these duels weren’t too bogged down as experienced in the demo build. 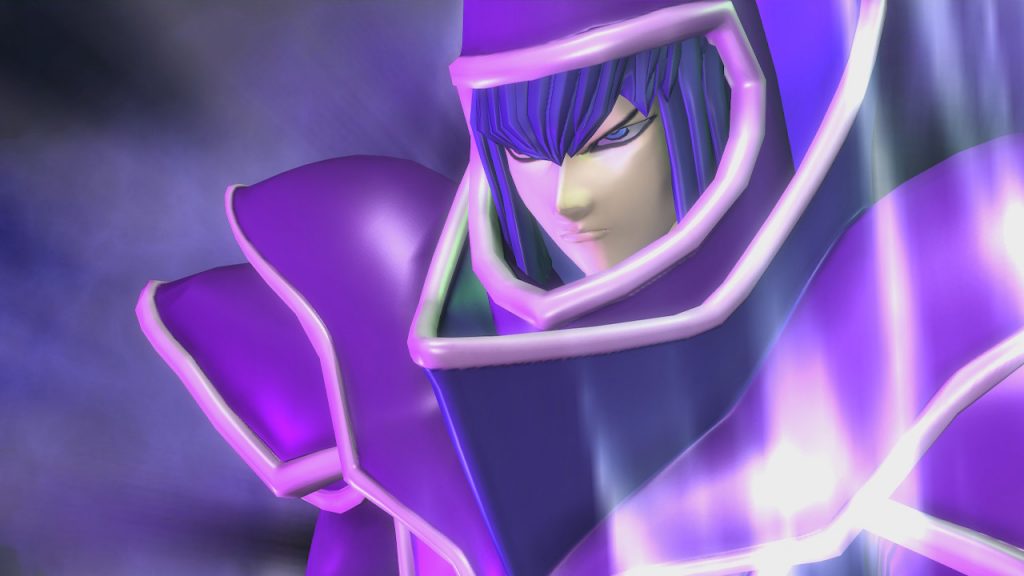 As for their faithfulness to the source, they did an admirable job of suiting both the characters’ decks and their strategies. The deck I was given as Yugi seemed to be built around the instant-win Exodia cards, with plenty of spell cards built around milling cards and pulling monsters from my deck. There’s no requirement to do things in a show accurate way, mind you, as I was able to complete the duel via life points rather than Obliteration.

After giving this and a GX based duel a try (shout outs to E Heroes and Polymerization) I decided to jump forward to the latest rule set of the game with a duel based on Yu-Gi-Oh! VRAINS. With a brief primer from the Konami rep, I was introduced to Link summoning and the updated playing field. Suddenly I had Pendulum Zones, Link Ratings, and Xyz Materials to think about but the core experience was still one I could hang with. I still managed a win even with sub-optimal play, and the added complexity actually had me excited for potential strategies and card combinations I might’ve missed out on since I stopped playing years and years ago. 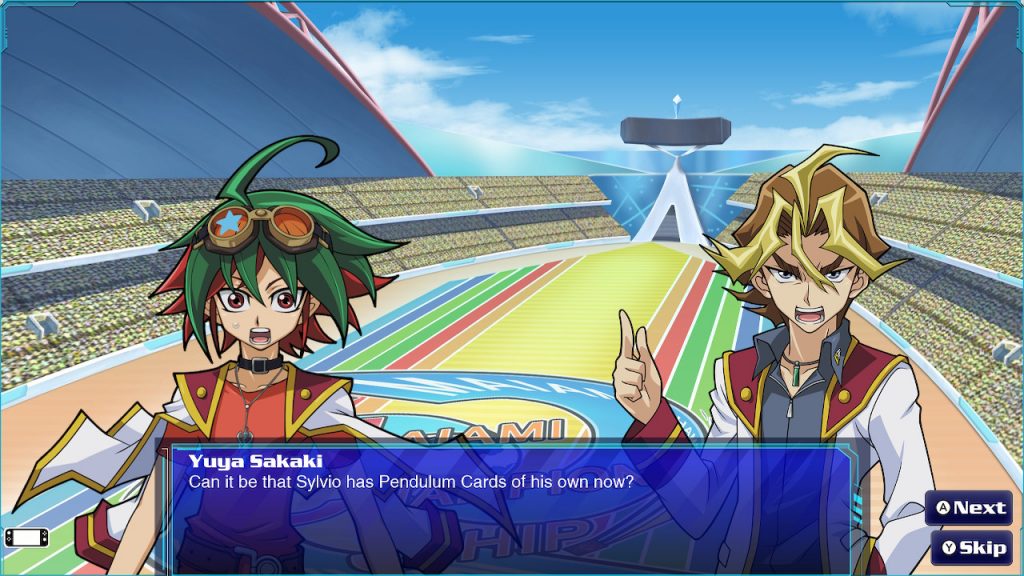 The highlight though came when I challenged the rep to a duel of our own, using two Switches in handheld mode. The (admittedly simple) presentation of the game didn’t suffer in the transition, and suddenly the silences that plagued the computer’s turns were filled with a little trash talking and mind games. While we were playing with pre-set decks our own individual strategies were able to shine through, and as a way to play that won’t bleed your wallet dry Link Evolution feels like a no-brainer for fans of the game or those like me who might be curious about how things have changed. For me personally it’s gone from a minor curiosity to my number one reason to look forward to August 20th.