Let it be known that the very first game I played of E3 2019 was Mario and Sonic at the Olympic Games Tokyo 2020. Walking into the LA Convention Center, you’d spot a rock wall that fans could line up for and demo stations laid out along a track fit for sprinting. And sprint I did, right up to a couple of Joy-Con to give the game a go. While things felt similar to past Mario and Sonic Olympic titles, there was a sense of added style in that every competitor had multiple outfits for the differing events. Now you too could savor the sight of Dr. Eggman in a wetsuit or Princess Peach in a karate gi. 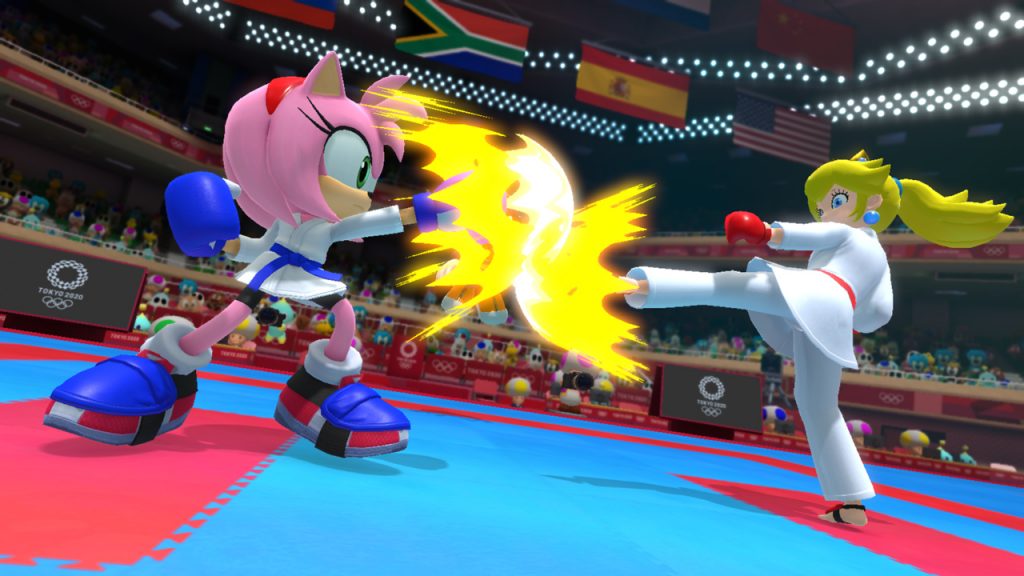 The demo offered up five events: Karate, Skateboarding, Surfing, Archery, and the Hurdle. The full character select board was visible but choices were limited to Mario and Sonic as well as Peach, Luigi, Bowser, Tails, Amy Rose, and Eggman. Each had differing stat distributions to excel in different event types, like Sonic being a solid pick for anything involving running whereas Bowser would be a go to for strength based events. Sadly the demo wouldn’t let me give Waluigi a fencing foil but clearly it’s the event he was born to do.

Of the events I sampled, karate was the clear front runner and gets the Tokyo gold. While it might not have the depth of a full fledged fighting game, there were enough systems and familiarity at work that I felt right at home. While it’s simple enough to go for ten hits, you could work in quick backsteps for feints or block before following up with a grab-style takedown. You could also back up and charge your meter to have a super move ready, allowing for a big five point turn around if you could get into your opponent’s head well enough. Matches could go pretty quickly, and while I’m all for sticking to the Olympic score format I’m definitely hoping for an option to up the point count for extended matches.

Skateboarding was another standout, putting you in a bowl with a few standalone ramps and other features to try and get off as many tricks as possible. This boils down to timing your button presses and hitting as many sections of the bowl as possible (they’ll change color to show you’ve managed a trick there already) and gives you a chance to try and plan out routes. With grinds and manuals available to build combos, things felt like a simplified Tony Hawk Pro Skater rather than a more technical take on the sport, which is more than welcome here. It comfortably secures the silver medal. 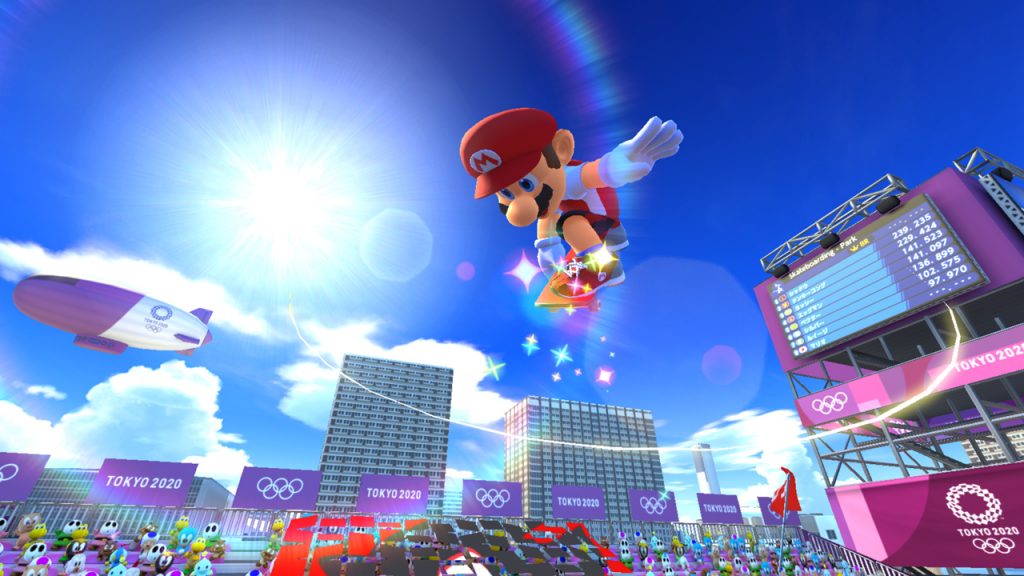 Surfing tries to fill a similar niche, that being an arcadey take on the sport, but unlike skateboarding it requires a bit more thought in order to make the most of your session. Rather than a static environment, you have to manage waves across a few “rounds” an aim for as high a score as possible each time. The key is figuring the best way to navigate the wave itself to give yourself opportunities to get some air and land properly. It sounds simple enough on paper but this felt like the event where I was most out of my depth and would need a few more attempts to understand. Still, I’m interested enough to give it the bronze.

Both Archery and the Hurdle were fairly bare compared to the other three. Archery put your ability to both aim and time presses to the test, and could actually get tricky once the distance between you and the target grew. I thought I was doing pretty alright, but suddenly you’re having to judge wind speed and direction to manage a bullseye. It’s nothing these games haven’t done before, which goes double for the Hurdle. This ended up a simple bout of timed button presses to make jumps, which I must’ve been great at if I managed to have Bowser outspeed Sonic. In a sequence with other events I could see their appeal but as stand alone offerings they rang plain and watch the winners from off-podium. 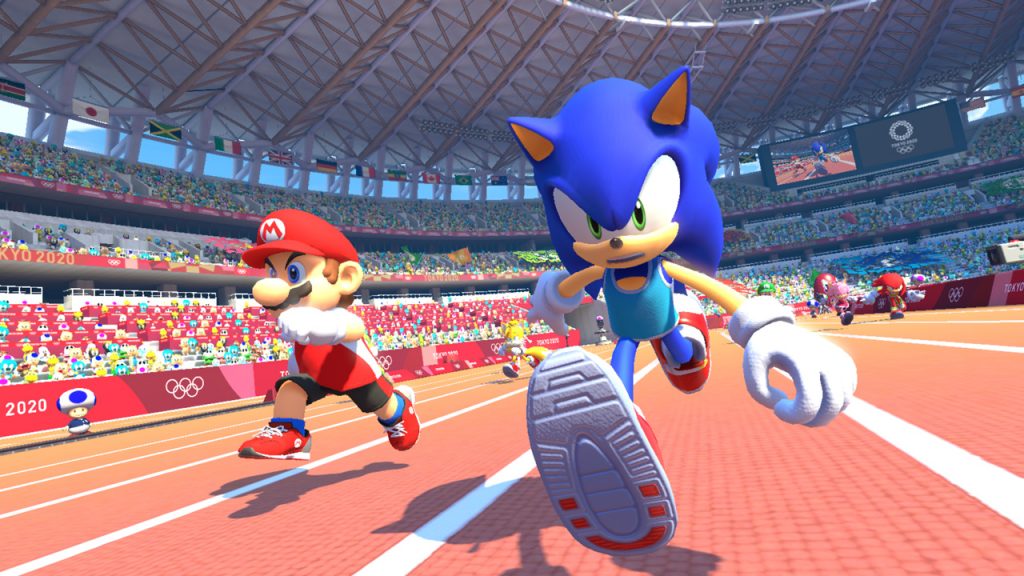 With plenty more character and event variety, as well as the tease of a mode rendered in both 8 and 16-bit sprites, there’s definite promise in M&S 2020. The series has always been a satisfying collection of minigames and while they debuted and felt most at home on Wii, the Joy-Con and take anywhere nature of the Switch won’t disappoint. If you’re after a party game for the holidays, Mario and Sonic at the Olympic Games Tokyo 2020 will fit right in come November.