As games as a medium get older and older, the question of preserving old classics becomes more and more of a concern. Fortunately, Square Enix seems to be cognizant of the issue, and is working to make its entire library of classics available on digital platforms to satisfy fan requests.

“We’re working on that in a variety of ways,” stated company president and CEO Yosuke Matsuda in a Game Informer piece. “That is a request that we hear often. As far as our major titles go, most of those, we still have variations out that you can play now. The more classic titles that you might have played on NES, we are still working hard to make it so you can play those. We actually have launched a dedicated project internally to port those, so we are working to make them available on a variety of platforms. Certainly down the road, we would like to see that on a subscription or streaming service, so we’re exploring the possibility of creating a dedicated channel for ourselves.” 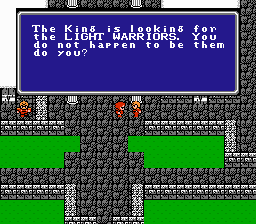 So Squeenix looks to be mimicking Bethesda and other publishers in potentially setting up a streaming service of their own – though there’s a notable issue in place for older titles, as Matsuda explains: “I’m embarrassed to admit it, but in some cases, we don’t know where the code is anymore. It’s very hard to find them sometimes, because back in the day you just made them and put them out there and you were done – you didn’t think of how you were going to sell them down the road. Sometimes customers ask, ‘Why haven’t you released that [game] yet?’ And the truth of the matter is it’s because we don’t know where it has gone.”

So hopefully SE will be able to scrounge up all the source code from their olden days so we can see NES and SNES classics on modern consoles. We’ll be sure to update you whenever that day comes.