Breath of the Wild sequel partially inspired by Red Dead Redemption 2; is currently “a little darker” than Majora’s Mask

It’s been barely a day and the presses are already alit with frenzied speculation over the Breath of the Wild sequel announced during yesterday’s Nintendo Direct. And while hardline details are currently sparse, two interviews with Eiji Aonuma by IGN have revealed information about the game’s inspiration – and lack thereof, in another case.

It became pretty widespread knowledge that a big influence on BotW was The Elder Scrolls V: Skyrim, whose open-world design played a pivotal role in inspiring the new direction for the Zelda series. So IGN asked Aonuma what the team members were playing for inspiration this time around, to which his response was: “[Something] I did hear that a lot of people were playing was Red Dead Redemption 2.” Rockstar’s cowboy-themed open-world game released late last year to critical acclaim, and was noted for a particular attention to realism in animations and game design. So we might see a more grounded, slow approach in this new Zelda title. Or maybe just cowboys.

Meanwhile, IGN (at a separate point) also asked Aonuma if the game had anything to do with Majora’s Mask, since some people speculated that the titular mask might play a role somehow (especially given that this sequel is being billed by many as the Majora to BotW’s Ocarina). Aonuma denied that MM is related in any capacity, but let slip that “it’s not necessarily going to be related to Majora’s Mask or inspired by it… What we showed you currently is a little darker.” Considering Majora’s reputation in the series – being a subdued dirge about loss, abandonment, and the end of the world – the idea of something even a little darker is downright enthralling. 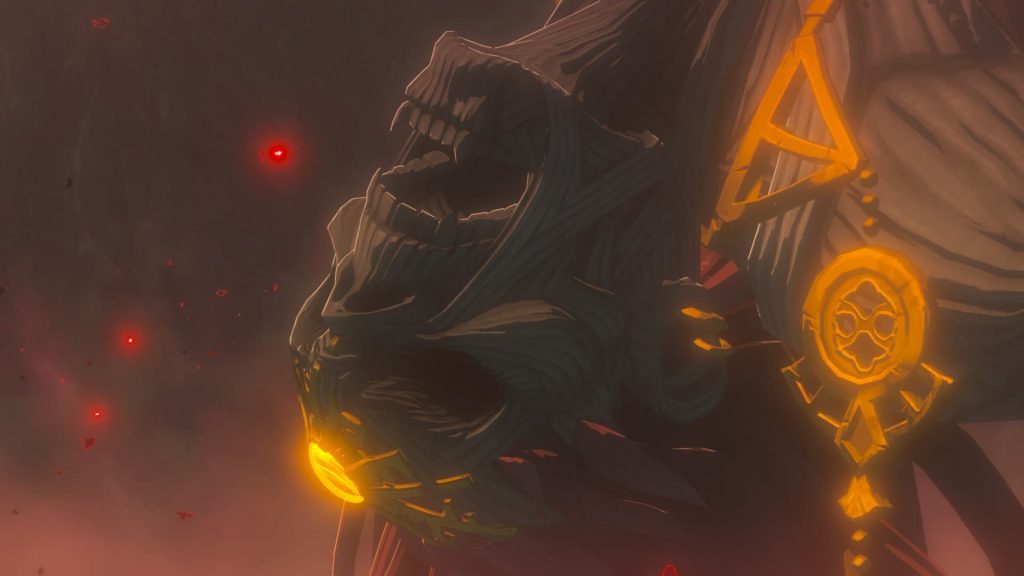 Of course, until we know tangible details, we can only speculate as to what these hints might mean. For more E3 coverage, stay wired as the convention and Treehouse roll on.