Year after year, it’s become easier to consume the news that pours out of E3. Add in public passes, and it’s been more accessible to enter the show floor and play newly announced games for everyone. There have been some exceptions outside of Los Angeles, with retailers hosting demo events across the country — for those able to traverse New York’s public transit system and city streets, Nintendo NY has been the East Coast’s hub of Nintendo and E3-like opportunities.

Following Nintendo’s announcement of the games that will be playable at their booth, Nintendo NY shared that they will continue with their mini-E3. Hosting group watches of Nintendo Direct, Treehouse Live, and Nintendo’s eSport events is just the tip of the iceberg though. From June 11th to June 14th, demos of “select Nintendo Switch titles” will be stationed throughout the store. Even better, the swag that will be handed out at E3 will also be distributed there!

Nintendo NY has post the complete schedule on Twitter and Facebook, even dedicating event pages for every day. If you plan to attend any of the events, prepare yourself for waiting in lines, as all opportunities are available on a first come, first serve basis. 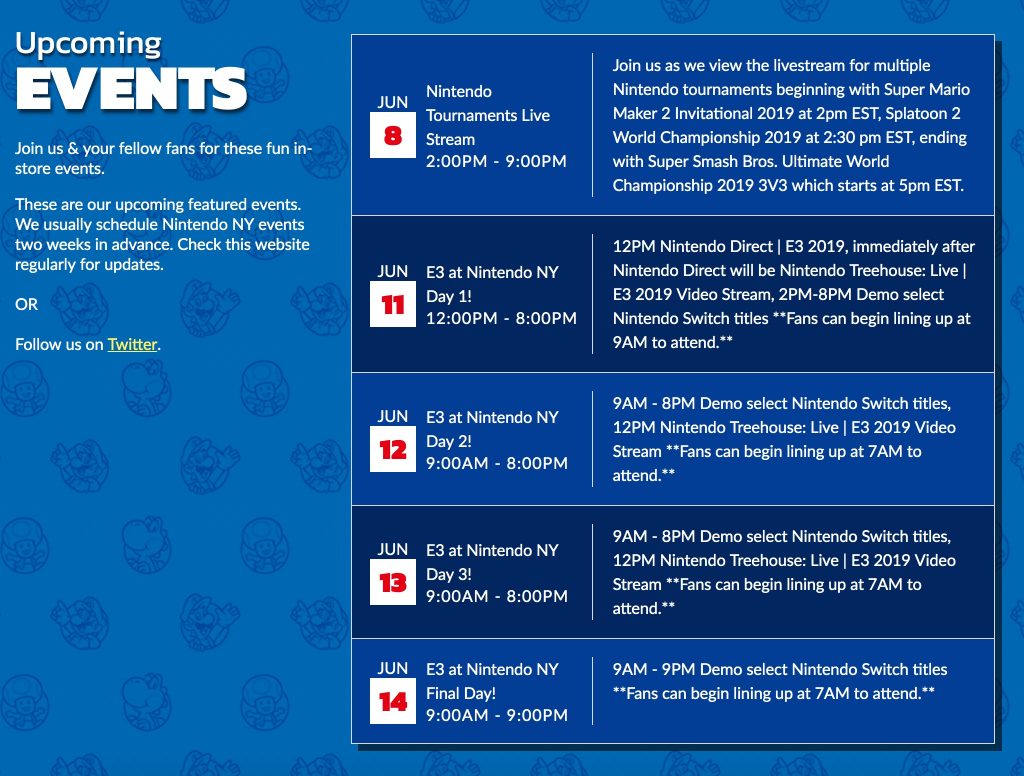