My Nintendo swag offered at Nintendo tournaments when checking in

The first pieces of Nintendo’s E3 swag have been unveiled and they’re a My Nintendo exclusive. Prior to Nintendo’s Direct and Treehouse Live streams, they’re taking over The Theater at the Ace Hotel in Los Angeles on Saturday, June 8th. A limited amount of seating is available to the general public (those in attendance at the Super Smash Bros. Ultimate and Splatoon 2 tournaments). If you make it through the doors, be sure to have your My Nintendo QR code at the ready to receive these beauties — pins! 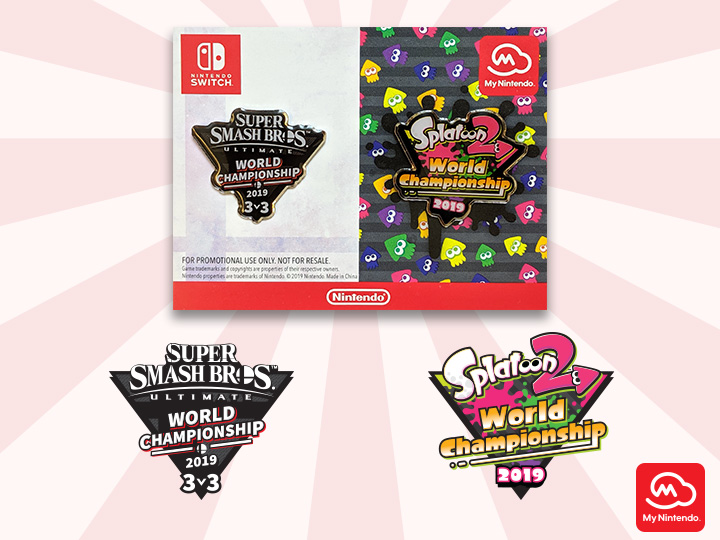 For those who (sadly) can’t make it to the tournament in person, there are consolation prizes online. To no one’s surprise, the offerings consist of more wallpapers that cost 50 Platinum Points each. The two available rewards celebrate both Super Smash Bros. Ultimate World Championship 2019 3v3 and Splatoon 2 World Championship 2019.

Nintendo’s daylong tournament trifecta will kick off on June 8th starting at 11 a.m. PT. If you’re able to attend in person, be sure to check out the FAQ online regarding how to attend (and the eligibility guidelines for doing so).