Hey, you! Yes, you reading this article! Are you tired of your wimpy, normal-sized Pokémon that are smaller than a barn?! Do you wish they had the mass and density of a small planetary satellite?! Introducing DYNAMAX POKÉMON (caps mine), a brand new system in Pokémon Sword & Shield where your fighting elemental brothers can grow to gargantuan proportions!

Dynamaxing is a new phenomenon in the Galar region that can be activated once per battle, allowing your Pokémon to get a massive boost in size and power for three turns. All your Pokémon’s moves become “Max” moves, all of which increase in power, and some of which gain additional effects. They appear to be an integral part of the game and its gym battles, similar to Mega Evolution in Gen VI and Z-Moves in Gen VII, as the Direct and demoes showcase gym standoffs of kaiju-sized proportions. 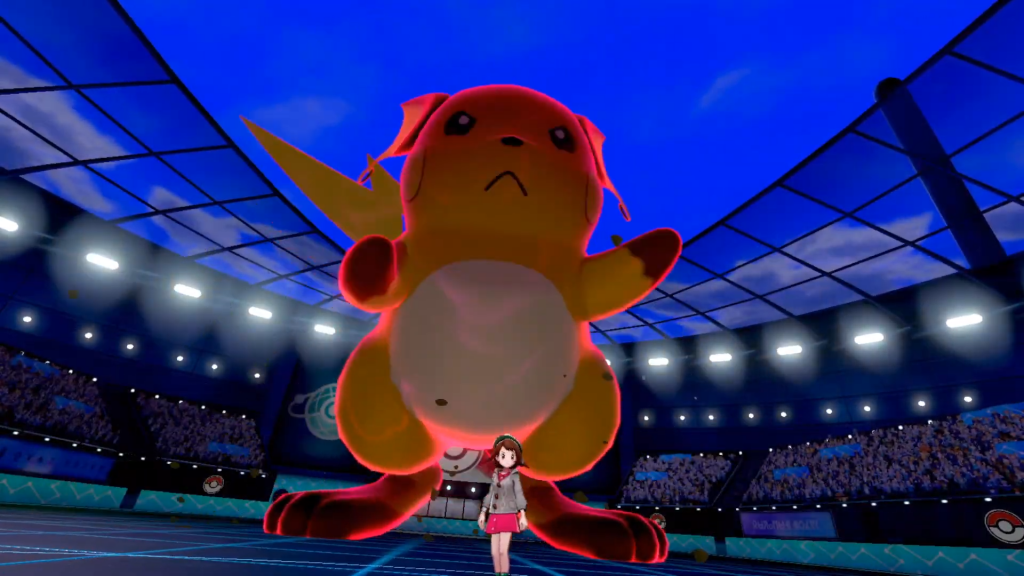 Outside of normal battles, there are also MAX RAID BATTLES (again, caps mine) where you can team up with three other players to collectively take down a wild Dynamax Pokémon. These Pokémon not only are Dynamaxed permanently, but have unique powers and are generally tricky to take down. Only one Pokémon out of the entire Raid party can Dynamax, but emerge victorious and you’ll all have a chance of catching it in a humongous Poké Ball when you win. In addition, whichever Pokémon you encounter in MRB depends on location, weather, and time of day. If you can’t find three other players to fight with, you’ll be matched with support NPCs to help automatically. (Also note that you need Nintendo Switch Online to access online features.)

It looks like Dynamax battles are going to be a core feature of Pokémon Sword & Shield when it releases this November, so start prepping yourself now by hitting the gym and pumping iron so you can match your Pokémon’s physique on the field.