New Switch SKUs appear in GameStop system prior to E3, including one for $200

Preparing for an avalanche of E3 announcements, GameStop is almost ready for the onslaught of pre-orders that will follow Nintendo’s E3 Direct. Over the weekend, Sabi (known as PolarPanda in the Smashboards and Resetera Nintendo communities) was sent images of GameStop’s internal inventory system by an employee of the retailer. To further cement the information, a printout list of these new games and bundles was posted as well. 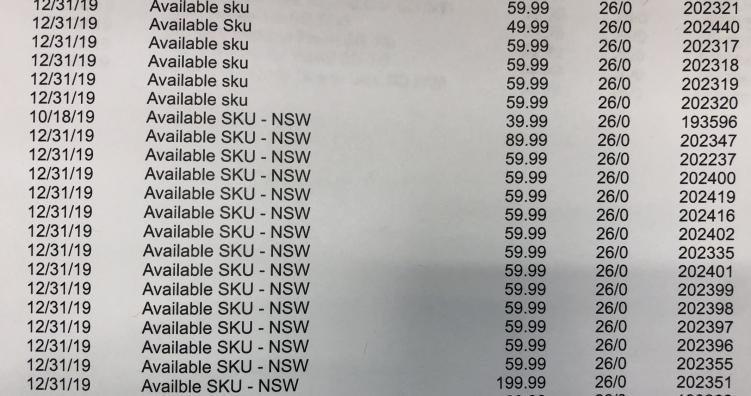 In total, there are 21 new Nintendo Switch listings — but keep in mind that this doesn’t translate to 21 new games. The listings vary in price from $39.99 to $199.99, and most have the standard 12/31/19 placeholder date (save for one with a release on October 18th). All SKUs are for games and no console/console bundles.

With that said, what could the higher priced games be? The $89.99 listing is more than likely a collector’s edition version of a title (Animal Crossing for Switch, please). Yet the $199.99 item has us wondering if GameStop is making their own bundle of a game with accessories, as they’ve done that previously with Super Smash Bros. Ultimate and other titles.

Thankfully, E3 is almost here with less than a week to go. Next Tuesday Nintendo will reveal the identity of these pre-order placeholders, making our bank accounts deplete.