The British Museum’s newest exhibit — titled “Manga” — has recently opened to the public. Claiming the title for the largest exhibition of manga showcased outside of Japan, the limited-time event is dedicated to the history of Japanese art made up of manga and where the medium stands today. Of course, there’s overlap between manga, anime, video games, and more — so it’s expected that we’ll see popular franchises included in the display.

Thanks to private showings and the first few days of public viewing, attendees easily spotted Pokémon’s presence. Outside of discovering a dancing Pikachu, viewers found that four pieces of artwork by Ken Sugimori secured a spot within the show. 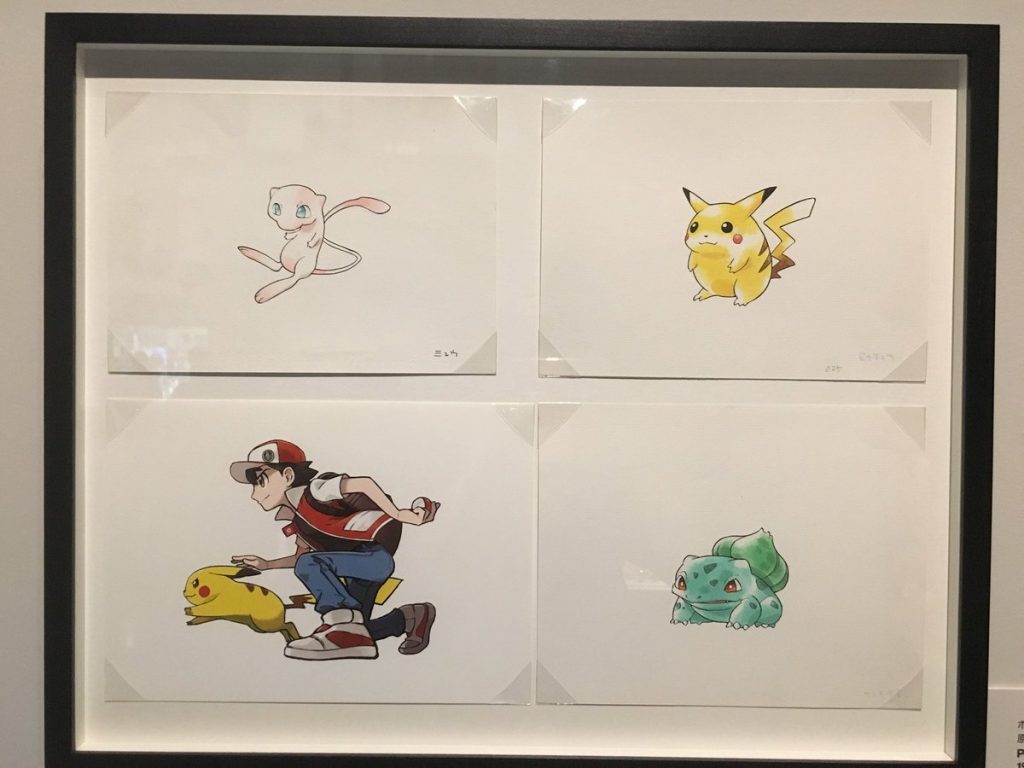 Image posted by @m3rtyn (Martyn B. Lorbiecki, illustrator) on Twitter.

Here’s the information from the placard describing the four selected pieces, transcribed from a photo taken by @AceK48:

A small group of artists including Sugimori Ken designed the first Pokémon. These illustrations show how Pikachu has developed since his creation in 1996 (left) to 2018 (right). Others show Bulbasaur and Mew, numbers 001 and 151 of the original 151 Pokémon species. With regular new additions, there are currently over 800 collectible Pokémon.

The exhibit is open until August 26th. For information concerning times, ticket prices, and more, the British Museum has given the exhibition its own page on their website.

Can’t see the show in person thanks to an ocean and thousands of miles? Try checking out #MangaExhibition on Twitter, Instagram, and other social media sites, as the British Museum is encouraging all guests to share their experiences online.