Tower defense is a genre of game that I’ve never had a lot of experience with. Besides whatever tower defense games I first played on my iPod Touch ten years ago, my only time spent with this type of game was a quick few days with Pokémon Tower Defense in college. With this in mind, I was excited to try something new with SMG’s OTTTD, and all in all it couldn’t have been a better tower defense experience.

The First Line of Defense

First released back in 2014 for Steam, Android, and iOS, OTTTD takes tower defense and adds a lot of flair, truly bringing it over the top. Taking place in 2136, Herocorp has discovered a way to open portals into other dimensions to preemptively defend the Earth from incoming attacks. You’ll be sending in a squad of heroes to defend your base from wave after wave of enemies in two worlds — from the cannon-toting crabs and flying sharks of the Steamcrust Dimension, to the giants zombie hands and deranged teddy bears of the Horror Dimension. 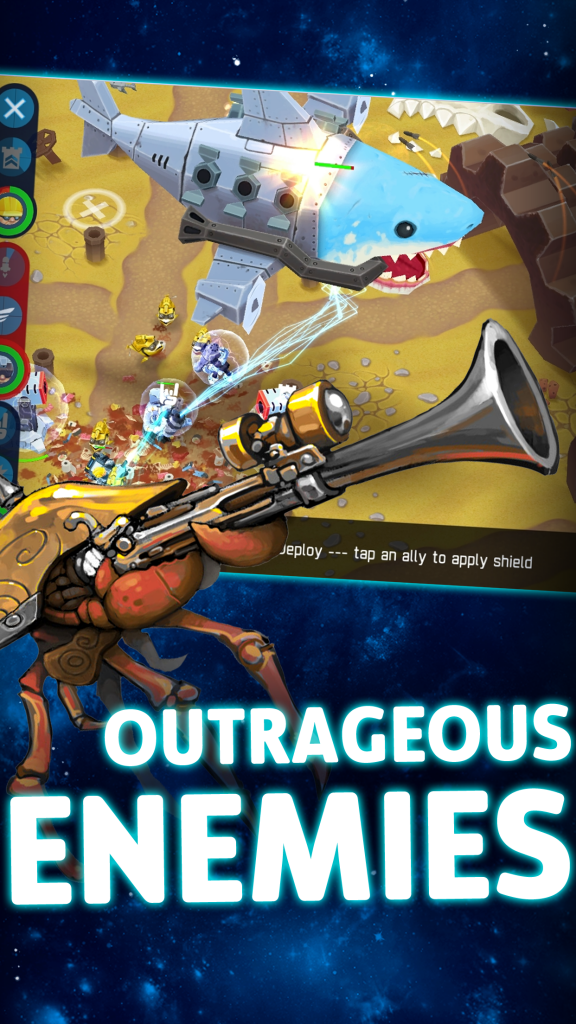 By strategically placing several types of towers across the map, you’ll shred through these enemies, blowing them to smithereens and creating carnage that sticks around until the end of the level. Towers range from gun turrets, to lasers, to homing rockets, and more. Different types of enemies are weak to different tower types, so knowing where to place which towers becomes a matter of strategy.

Adding to that element of strategy are OTTTD’s unique heroes, mobile units that can attack enemies on their own and come with a set of skills that can be used to gain an edge in a pinch. You start out with the Engineer, who is able to power up and repair your towers as needed. As you progress you’ll unlock six more heroes: the Assault unit, who provides heavy firepower and the ability to heal the rest of the heroes on the field, the Recon unit, who can snipe enemies from far away as well as mark distant enemies to be targeted by both rocket towers and the Rocketeer, who is highly mobile and able to fire rockets to help take down airborne enemies. 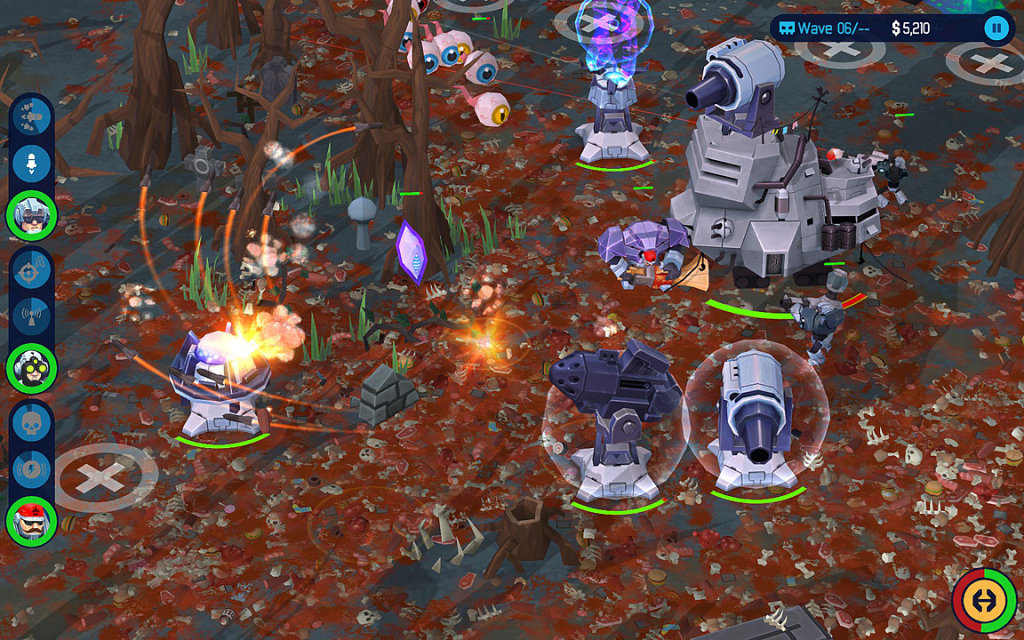 The Saboteur is quick and is able to disrupt enemy movement and cripple their firepower; the Bombardier is able to sit back and call down airstrikes that deal heavy damage; the Scientist exists as a high-risk, high-reward unit, who’s extremely frail but can turn the tide of battle with random negative effects for enemies — or increased experience for each hero in your squad if he survives.

OTTTD plays great on the Switch, and strategizing and how to best clear each level is a total rush. The fast forward option, all new for the Switch version, keeps things from getting too boring, too. If you’re pretty confident that your setup is going to keep your base safe, you can hold down the right stick to speed up the action, and the carnage. Fast forwarding through everything doesn’t allow you strategize with your heroes though. When relying on fast forward, I would often end up parking my units close to each other as if they were additional towers, letting up only to use their skills if I got into a tight spot.

As my first real foray into the tower defense genre, SMG Studios has really won me over with OTTTD. The combination of the already strategic tower defense and the real-time strategy that comes with using the heroes makes the game exciting; and if you need the pace to speed up, fast forward is a great option. OTTTD is a fantastic addition to the Nintendo Switch library, and for those who are looking to scratch that tower defense itch, it’s the perfect fit.