A breath of fresh air is about to hit one of my favorite fighters in recent memory, with BlazBlue: Cross Tag Battle getting its long-awaited update to Version 1.5. This’ll get the game in line with the recently dropped Japanese arcade release, offering new balance tweaks and opening the door for four new characters to join in.

The already announced Naoto Kurogane, Teddie, Seth, and Heart Aino will be united as Character Pack 7. They’ll be releasing the same day as Version 1.5 — and best of all, for anyone who already purchased the All in One DLC pack, they’ll be completely free once you download the update. Hopefully that continues to be the case for any further additions, though anyone who passed on the combo pack can grab the four of them for $9.99. 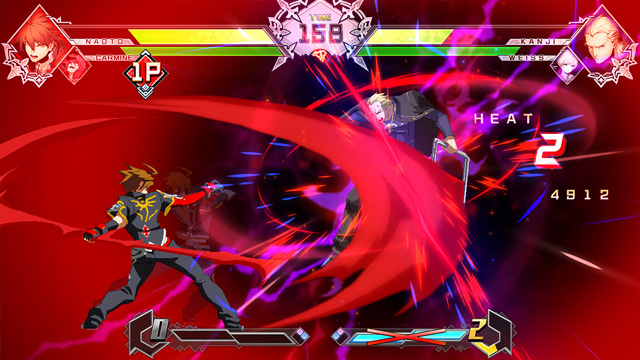 BBTag’s Spring Update and Character Pack 7 will be available on Nintendo Switch and other platforms starting May 21st. With E3, Evo, and Arc System Works-specific events all coming up, there are plenty of chances for future reveals for the game, ensuring we can’t possibly escape from crossing fate all over again.