Back in the days of the 3DS, BoxBoy! was a surprising delight developed by the wonderful people over at HAL Laboratory. Spanning three games, Qbby adventured through hundreds of puzzles using his ability to spawn boxes from his body. The last entry in the series was titled Bye-Bye BoxBoy!, causing many to think that Qbby’s time in the spotlight was over. Thankfully, Qbby was just saying goodbye to the 3DS and has now made a triumphant return on the Nintendo Switch — and this time he’s brought a few friends along for the ride.

Much like in past BoxBoy! games, Qbby is on an adventure to save his planet by solving puzzles, using his ability to create boxes to cross gaps, hit switches, defend himself from lasers, and more. In the single-player mode, A Tale for One, you can freely switch between Qbby or Qucy while traveling across 16 different worlds. Along the way, you’ll free several of Qbby’s friends and two adorable, colored-cheeked, Qbabies from a mysterious black smoke. In return they’ll grant you new skills, allowing you to solve more complex puzzles as you continue your adventure. 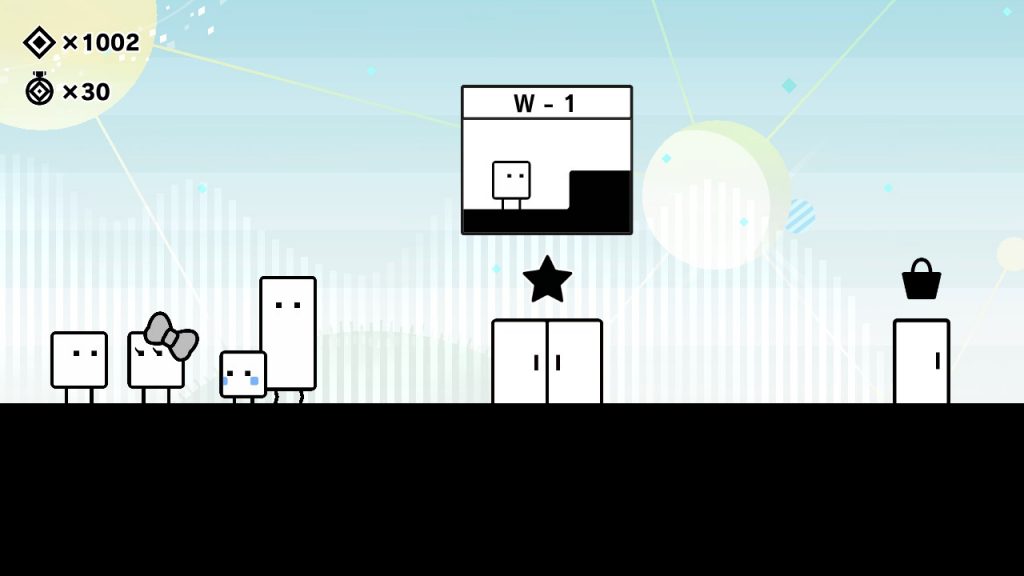 Each skill you learn in BoxBoy! + BoxGirl! can be taken into each world, allowing for more complex puzzles late in the game, as well as better completions in early worlds once you have more skills. In my eyes, skills are handled much better here than in Bye-Bye BoxBoy!, where skills were only used for the world they were learned in. None of the more advanced skills from Bye-Bye BoxBoy! return, but late in the game new unique skills are introduced, like the ability to send your boxes flying straight forward until they hit an obstacle or the ability to ground-pound your boxes through the floors of levels.

Early on, the puzzles are simple, allowing you to learn the different mechanics of the game as you go along. Like past BoxBoy! titles, the game holds your hand just a little too long when it came to learning the mechanics. As a result, it seemed as though I was slogging through the early levels of each world in the first half of the game in order to reach more advanced puzzles. To a lesser extent, I also felt this way when it came to how well each of the game’s mechanics were integrated with one another. It wasn’t until the late worlds that I had to use multiple tools to complete each level, rather than the singular skill I had just learned; but thankfully, the later levels of each world were still plenty challenging.

One of the biggest additions to BoxBoy! + BoxGirl! is the ability to play co-op with a friend. This feature, new to the series, is available from the get-go in the second of the game’s modes, A Tale for Two. One player controls Qbby, while the other controls Qucy. Each character gets their own set of boxes to work with; and each of Qucy’s boxes is marked by a small bow on the left corner, meaning you’re able to tell the two sets apart. 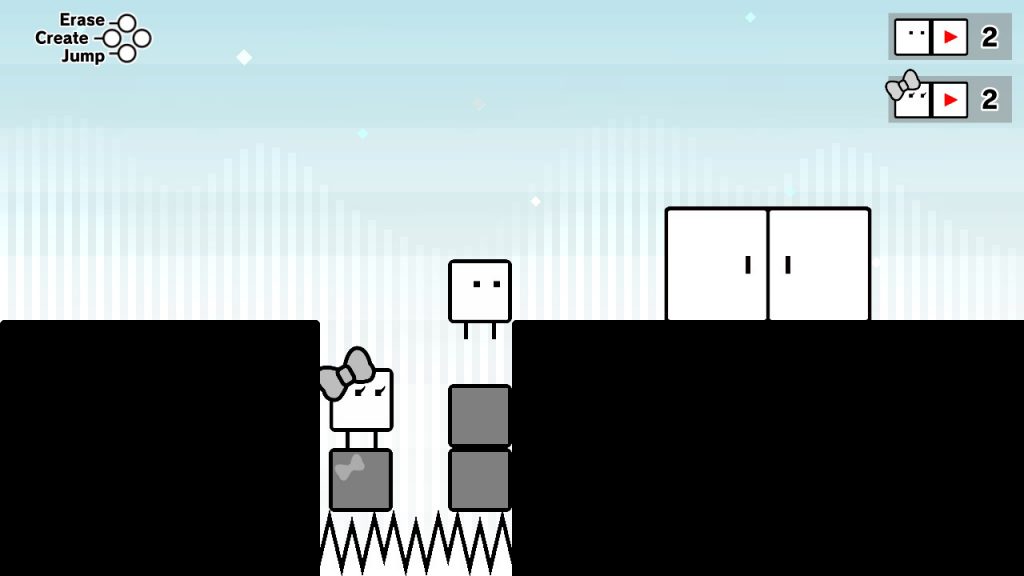 Each of the levels in A Tale for Two is cleverly designed to accommodate two players, so you’ll need to work together using both sets of boxes as well as a bit of creativity to make it to the end. A Tale for Two isn’t strictly co-op play, so don’t worry if you don’t have anyone else to play with. Switching back and forth between Qbby and Qucy on your own isn’t quite as fun without a partner, but at the very least you won’t be missing out on any of the unique and challenging puzzles.

After completing A Tale for One or A Tale for Two, you unlock a third option of play, A Tall Tale, which allows you to play as Qudy, Qbby’s rectangular friend. This new play option may have been the my most anticipated feature in BoxBoy! + BoxGirl!, as it fulfills a long-held dream of mine for the series. I’ve longed to solve puzzles as this oblong boy since I first saw him, and the gameplay of A Tall Tale did not disappoint. Qudy’s unique shape allows for some interesting puzzle solving, since you can switch between standing tall or laying flat; and the boxes Qudy generates will match his current orientation. While horizontal, Qudy can also hang off edges without having to spawn an extra box, allowing him a bit of extra reach if needed. 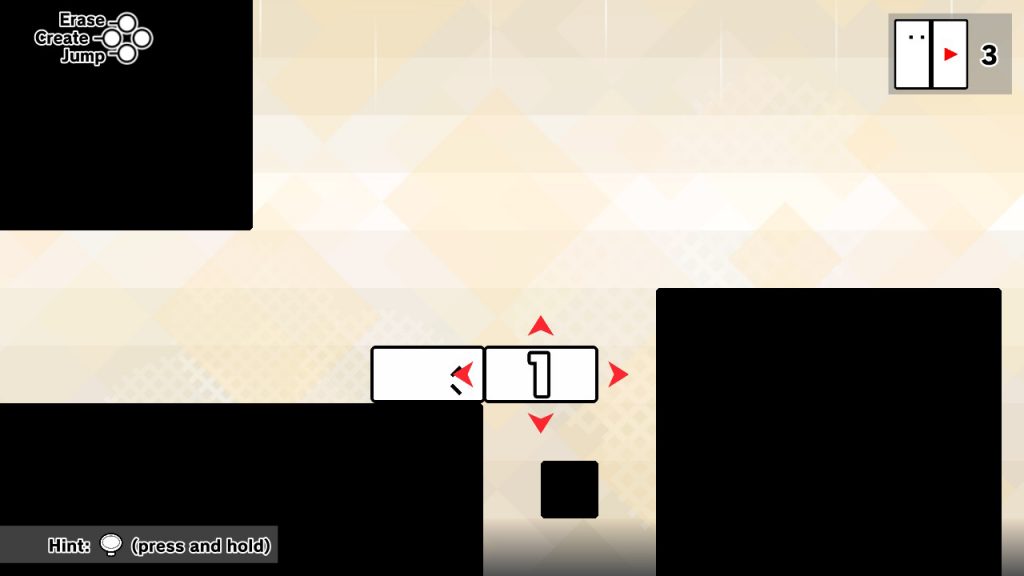 The addition of A Tall Tale could have stopped at tweaking the existing single-player levels to fit Qudy’s skillset and still been a dream come true, but HAL Laboratory went the extra mile here and designed a whole new set of levels, increasing the value of the entire mode as a whole.

One of the most entertaining bits of the BoxBoy! series has always been its use of costumes. In the early games, costumes granted Qbby powers like higher jumping or a faster walking speed. This time around, however, it seems costumes don’t provide any bonuses — but it sure is fun to dress Qbby and Qucy up! Costumes range from simple things like cat ears to extravagant, like the colorful kimono. You can obtain pieces of costumes by going to the shop and trading medals you collect by completing levels. The items of clothing you get are completely random and are split up into four categories: Head, Eyes, Mouth, and Body. Even Qudy gets in on the fun in A Tall Tale, letting you apply all the same costumes to the tall guy, most of them stretching to fit his proportions. 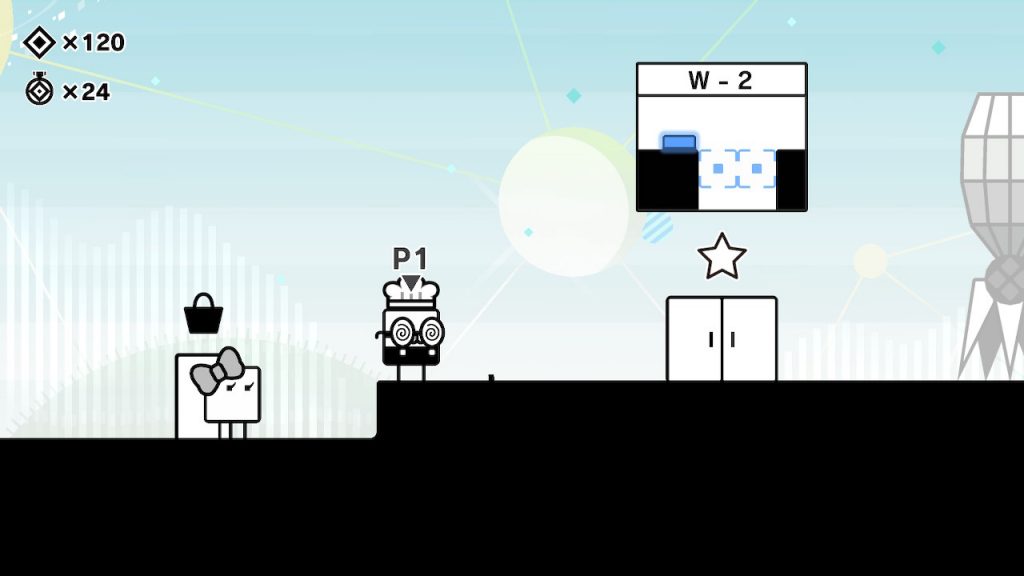 Qbby’s world used to be a simple one, a black and white world of straight lines and right angles. Each game in the series has added a bit of complexity to the world, along with a little more color. The splashes of color can sometimes can be a little jarring (I wasn’t a fan of the green ground shown in the early game in particular), but overall it works very well in BoxBoy! + BoxGirl! The brightly colored cheeks of the Qbabies were definitely to die for, and plenty of the colored costumes look great too.

The game runs beautifully on the Switch as well, though I noticed a bit of stuttering and slow-down when a large number of animated obstacles like spikes, sparks, or lasers were first on screen in some levels. There were a few occasions where this slowdown caused me to prematurely let go of a stack of boxes since my rhythm for producing them was too quick for the game to keep up with, leaving me one box short. 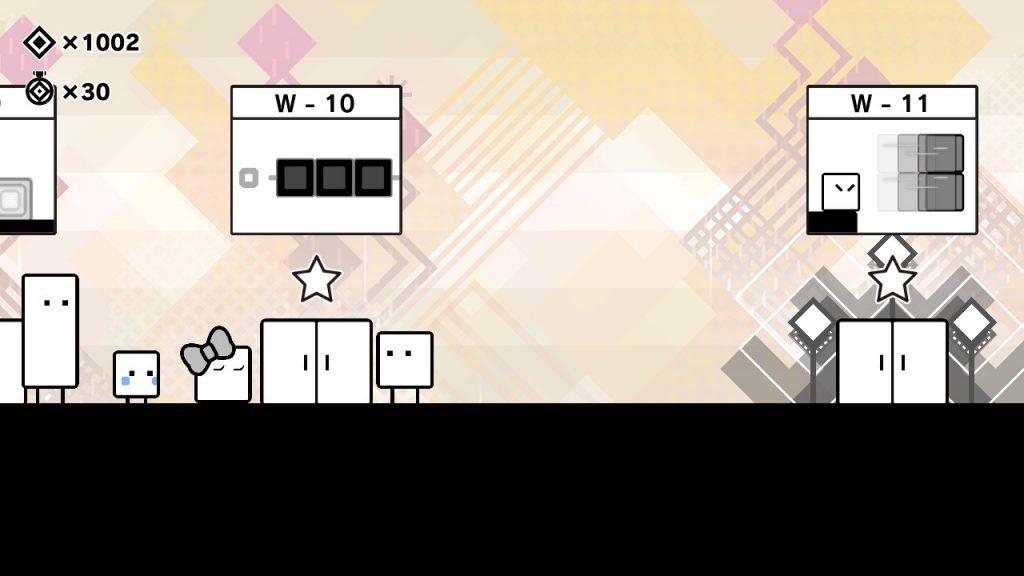 There’s also a glaring lack of amiibo support in BoxBoy! + BoxGirl!, augmented by the fact that the last title came bundled with that gorgeous Qbby amiibo in Japan. It seems easy enough to port over the already-existing Kirby costumes from past titles, and in a perfect world, BoxBoy!’s grand debut on the Switch could have been met with plenty of other Nintendo-related amiibo costumes. With the separation of costumes into pieces, dropping random costume pieces to assemble a full outfit based on iconic characters would have been a real treat.

BoxBoy! + BoxGirl! is nearly everything I could have asked for when it comes to bringing the series to the Switch. A brand new co-op mode that fits the console perfectly, a campaign that lets you play as Qudy, the costumes are loads of fun, and above all,the puzzles are as challenging and as fun as ever. Qbby couldn’t have asked for a grander debut on the Switch, and I can’t wait to see what comes next. 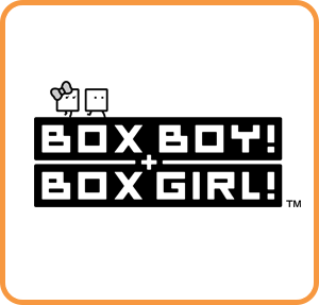