As part of the recently retired Reggie Fils-Aimé’s turn to Twitter, the former president of NOA posted some final farewell gifts from Nintendo employees. And in addition to a working Virtual Boy and a plastic replica of an ass “to kick” (please never change, Reggie), he received a very nice bit of character art from Retro Studios — one that appears to hold secrets. 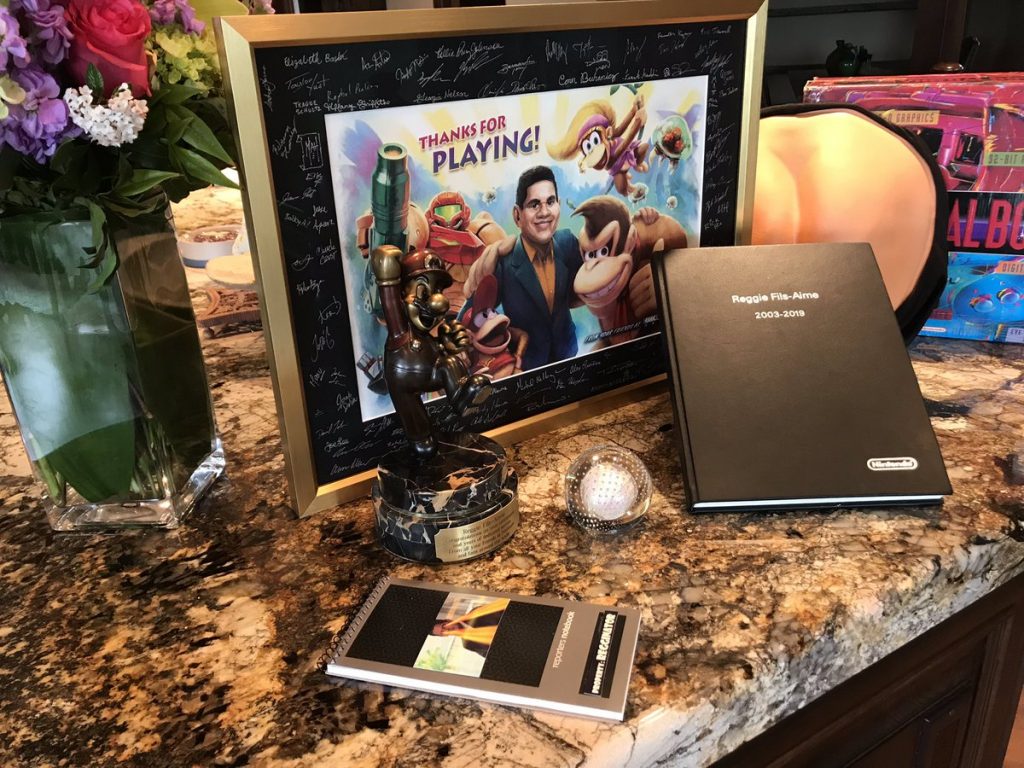 Obscured by Reggie’s impressive Mario statue, barely visible compared to the likes of Samus and the Kong family, is some sort of new character. You can make out a small mechanical hand poking out of the lower-left hand corner of the frame, and it appears part of their head may also be visible above (though it’s unclear where it ends and Samus’ arm cannon begins). It doesn’t appear to be any character previously known of in Nintendo canon, suggesting it’s something new. 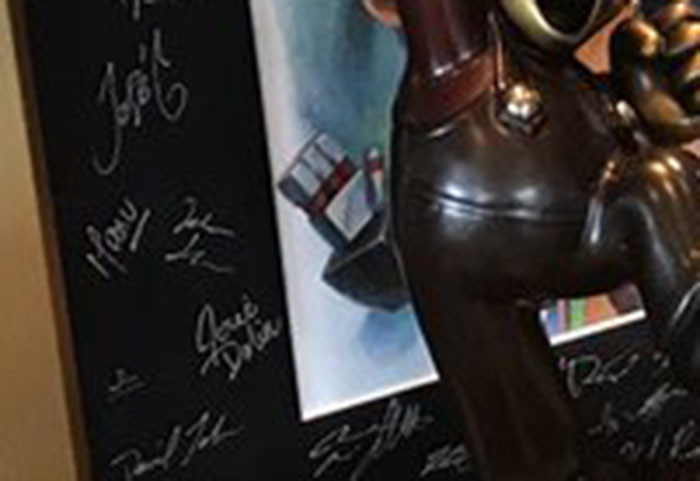 This might be a half-baked conspiracy, were it not for Enrique Rivera — a concept artist working at Retro Studios — confirming the tease with a winky face. Obviously details are under wraps, but this could be the mysterious thing Retro has been working on for years since the release of Tropical Freeze on the Wii U. We can only speculate for the moment, but let’s hope the curtain is pulled back before long and that we can catch a glimpse of what they have in store.