The start of April means a new fiscal year. For Disney, that means holding a variety of meetings for stockholders, investors, and more. Yesterday, The Walt Disney Company CEO revealed the release date for Disney+, the company’s own streaming service. Debuting on November 12, 2019 in the United States with a subscription fee of $6.99 per month (or $69.99 per year via a bundle), Disney is looking to have their new media platform on a variety of devices. This, of course, includes the Nintendo Switch. 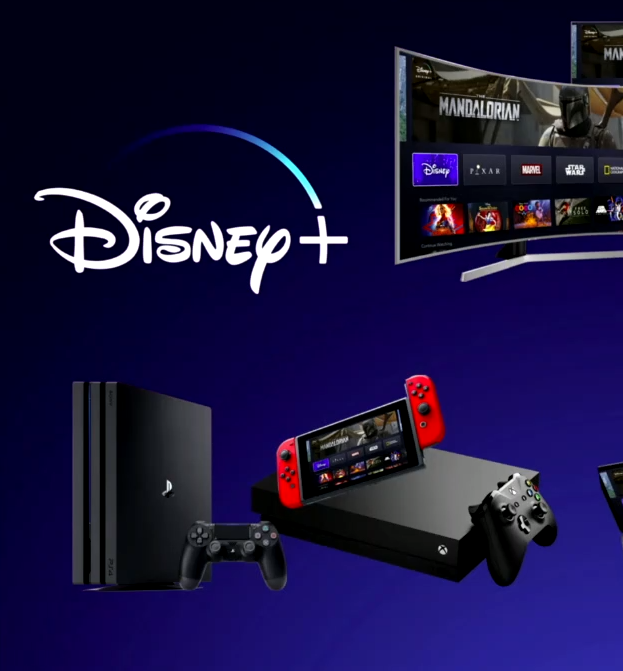 Placed in slide 104, the Nintendo Switch (with Super Mario Odyssey red Joy-Cons) was included and next to the PlayStation 4 and Xbox One. Yet here’s the catch, Disney and Nintendo have yet to finalize a deal. It is highly likely that Disney+ will make its way onto the on-the-go console, especially given Nintendo’s brand image in the U.S. and growing user base. Alas, time will tell and luckily there are seven months to iron out all the details before Disney+ launches.