With the Switch’s current setup for online play, chatting with friends during Splatoon 2 requires an application on your phone, a device that can just as easily call your friends on its own. If you’d prefer an option more in line with what you’re used to, PDP has utilized the same development tools of Vivox (who are behind Fortnite’s in-game chat) to produce a new alternative via their Faceoff Deluxe+ Audio Wired Controller for Nintendo Switch. 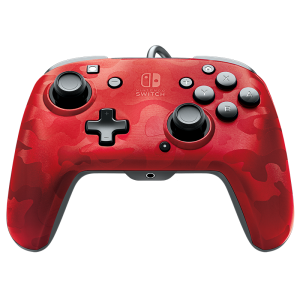 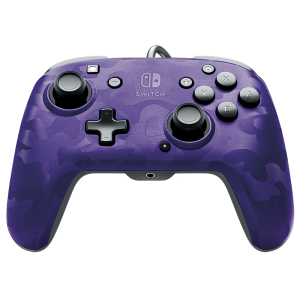 Like previous Faceoff controllers, this’ll allow for interchanging faceplates, but what’s key here is the 3.5mm audio jack and native audio controls. There will also be programmable buttons on the rear, and the control sticks will be low-friction metal rather than the more typical plastic. The only hitch here is that it is still a wired controller, with a 10′ USB cable trying to make the best of it.

Releasing later this summer, the controller will retail for $24.99 and will be available in Red Camo and Purple Camo. Be on the lookout for pre-orders and more info this May.