Nintendo has many strengths – an unending drive for innovation, a high standard of polish and care, and putting game design above production value – but perhaps the greatest is their rich catalogue of IPs. Mario, Zelda, and Pokémon are worldwide phenomena; series like Metroid and Fire Emblem have been essential to the foundations of particular genres; and even niche titles like Mother and F-Zero, despite not having titles made in over a decade, are widely cherished by dedicated fans. Super Smash Bros. isn’t just big because it’s a masterfully crafted game – it’s because the characters that sustain it are the most cherished in the entire industry. Sony, Microsoft, and anybody else can compete in hardware, ideas, and design – but can they match Nintendo’s brand, which rivals Disney’s in terms of the devotion towards its creations?

Nintendo’s bulletproof image wasn’t built overnight – it was on the backs of hundreds of quality titles over decades of progress, a high pedigree that is rarely satisfied and never satiated. True, there’s the occasional dud, the odd Metroid Prime: Federation Force that draws ire, or the Hey! Pikmin that quickly grows forgotten – but look at any of the Big N’s multi-entry franchise and you’ll find more hits than misses. Just look at the public perception of Mario over time compared with his once-greatest rival, Sonic – while the hedgehog’s image has now become tarnished after years of games with an ocean’s width variability of quality, the plumber can pump out game after game while still being Mr. Video Game.

So it’s understandable how Nintendo tends to keep its sacred properties a bit close to the chest. Which isn’t to say they’ve never handed the keys to anybody else – Capcom produced a great trio of Zelda titles, SEGA made the definitive (and last) F-Zero game with GX, and Bandai Namco has handled the last two Smash games to a significant degree. To say nothing of various second-parties – from the inspired and colorful platformers that Good-Feel puts out to Monolith Soft’s incomparable adventures of scale and majesty to Retro Studios, who has taken two separate Nintendo franchises and crafted some of the finest entries for both. Nintendo is no stranger to outsourcing development, by any means.

Why, then, is Cadence of Hyrule so significant? 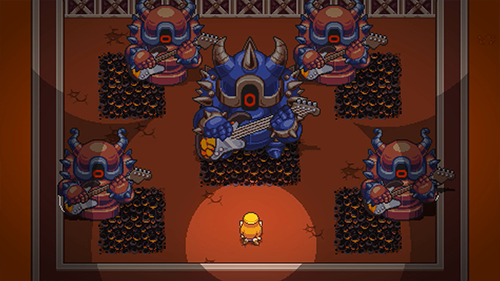 I’m just going to come out and say it – the best games these days are often, if not always, independently developed. In an industry increasingly choked by the greedy claws of monetization, indie games have by and large escaped the thumb of shareholders to outline creative visions. It’s hardly easy for them – many studios face bankruptcy, obscurity, and the potential to get lost in the ever-growing crowd – but many times the true masterpieces rise to the surface. The Celestes, the Hollow Knights, the Undertales – all push the genre forward in a way that AAA games rarely do. All games have an artistic vision, but many big-industry ones end up smothered by the interests of the higher-ups – in indies, however, they are allowed to thrive.

When Nintendo hands its properties to second-parties or large publishers, there is undoubtedly an outside influence felt – all three of Capcom’s Zelda titles feel a bit different from the rest of the series, and there’s no denying how much life Good-Feel has pumped into their iterations of both Kirby and Yoshi. But with indie games, the freedom of expression and the boundlessness of the creativity go even further. They’re freer to experiment with new aesthetics, new designs, and new genres that even a company as imaginative as Nintendo wouldn’t venture into.

In that sense, Cadence of Hyrule is the perfect first title for this sort of deal. Crypt of the Necrodancer was a game that stylistically hearkened very much to Zelda, with its pixel-art dungeon, simply designed baddies, and medieval feel. Yet its marriage of rhythm game and roguelike is something wholly unique, and definitely not anything Nintendo would concoct on their own. With CoH, not only does the Necrodancer sequel benefit from the brand prestige of one of the most beloved game franchises of all time, but Zelda aficionados gain a unique spin-off for them to try. And just think of the remixes! They’ll be so good! 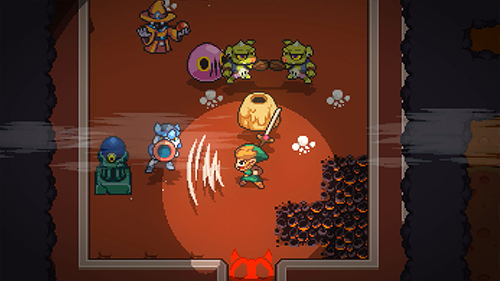 And it would be one thing if this were a small bit of DLC, a Switch-exclusive add-on akin to whatever bonuses the Skyrim and Diablo ports got. But this is a fully fledged game, a union of indie aspirations and Nintendo prominence. Brace Yourself Games, a studio with about 20 listed employees, gets to tinker with one of the most historically important and influential series in the entire medium. I can only imagine how honored they must feel.

So too would it be one thing were this a flash-in-the-pan occurrence, a strange partnership that takes place under special conditions. But it doesn’t appear to be that way. In a VentureBeat piece, Kirk Scott – the Nindie man himself who hosted the very announcement for Cadence of Hyrule – was asked if more indie developers would be able to use Nintendo IP. His response? “I hope so. I totally hope so. Yeah, this is great.I think this is validating for a lot of indies out there.”

Already a host of Nintendo websites have been been set alight with indie-tendo wants and wishes, the sheer amount of tantalizing options greater than ever before. F-Zero by Shin’en? Team Cherry’s Metroid? Matt Thorsen taking a stab at Mario? There are an endless supply of possibilities, from the obvious pairings to the potential for intriguing spin-offs. The Switch is already a beloved repository of indie titles, but it has the potential to be even greater.

And I don’t believe Nintendo is careless enough to hand off their properties to the unproven or amateur. I imagine that, especially as these collaborations are still rare, they’ll only be passed off to studios or developers who have had at least one great success already. As nice it would be if every schmoe could try their hand at a Nintendo property, the last thing the Big N wants is to oversaturate their own brand – especially if that noted Nintendo quality is lacking.

But if Cadence of Hyrule is any indication, the brands will not only go to the giant indie players, the Yacht Clubs or WayForwards – it’ll go to the little fellas who make masterpieces regardless of size. And the fact that there’s a possibility that anybody, no matter how small, has the potential to make a game related to a franchise near and dear to their hearts… well, it warms the soul. 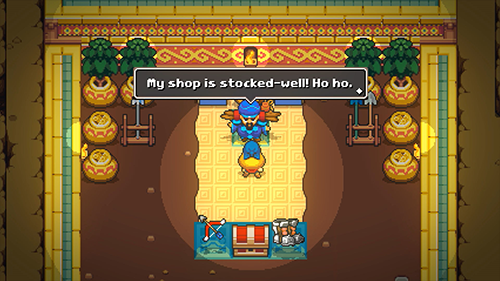 I honestly believe Cadence of Hyrule has the potential to stand as a monumental moment in Nintendo history, the point when the keys to the kingdom were offered to the masses so that they could craft beautiful art with their most beloved properties. I don’t wish for unique indie titles to go away – and I don’t think they ever will – but to see games with the eye and sense of the small and personal flavored with the capabilities of Nintendo’s beloved characters is such an alluring prospect. And I can only hope that we see a hundred more couplings like this one into the 2020’s. There may be times when the future of gaming looks a bit dim – but this time, the dawn ahead is nothing but dazzling.