Previously announced at last year’s The Game Awards, Stranger Things 3: The Game’s reveal was thrilling for fans. Yet, with Season 3 not out or given a release date, we were left wondering if the game would debut before or after the episodes on Netflix. 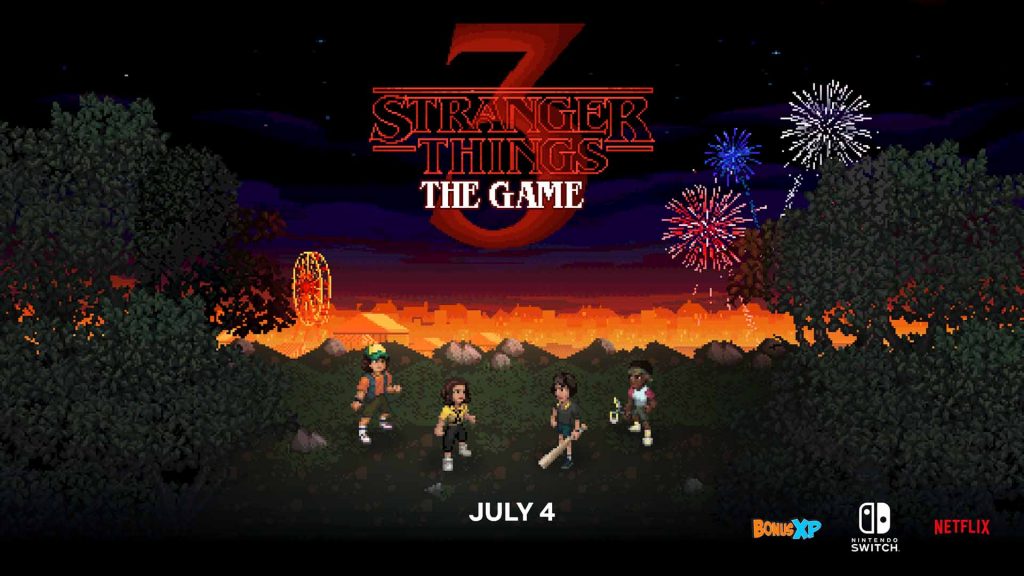 On this bright spring day, Netflix announced earlier this morning that Season 3 would be returning on July 4th. The game’s release date was shown to be the same during the Nindies Showcase that aired hours later — a smart marketing move to promote not only the game, but the show too. Plus, fans can binge the show and then promptly dive into the story through the game. Sounds like a good way to spend the summer!

As for what Stranger Things 3: The Game holds, all we know is that it will be about what happens in Season 3 of the show, promising that fans can dive deeper into the story. Local co-op will be available and there will be 12 characters to select from. Beyond that? Perhaps we’ll see some more details at E3 — at least ones that won’t spoil the show’s yet-to-be-released season.

Get ready to watch the show and then play the game on July 4th.