Sega Ages is slowly but surely growing outside of the typical Sega Genesis remasters, with the arcade versions of Out Run and Puyo Puyo being ported to Switch through the service. One of the most exciting and interesting upcoming ports, however, is Virtua Racing. Now we finally know the game will hit the Japanese Switch eShop sometime this spring, and there’s some intriguing additional news, too.

As Famitsu reports (translated via Gematsu), the Sega Ages port will feature up to 8-player local split-screen multiplayer, allowing for some very frantic big-screen racing. This means the game will basically be emulating 8 arcade cabinets linking together, and you can set 5-lap or 20-lap rules. Of course, online multiplayer will be available, too, though the article does not confirm how many players it’ll support. 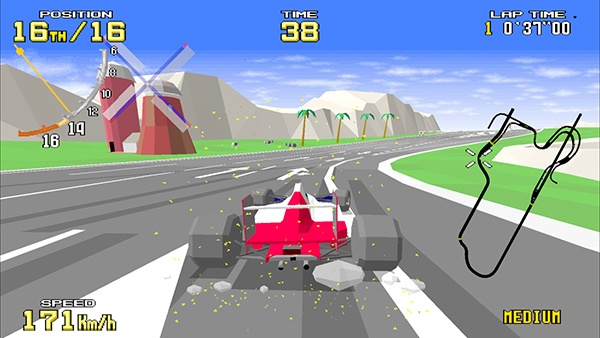 Hopefully Sega Ages: Virtua Racing will launch around the world soon after its Japanese launch, but we’ll be sure to keep you up to date.