If there’s one thing you should know about Niantic, it’s that it’s a company that has passion for the projects it works on. It’s clear when you look at the love and care that has gone into Ingress and Pokémon GO over the past couple years, and the consistent work and updates to both games only proves this point.

With the world finally getting its first look at Harry Potter: Wizards Unite earlier this month, there’s no doubt in my mind how much Niantic cares about shining light onto their games and accurately portraying the properties they represent.

So, what does Niantic do when it’s invited to GDC? Take a look. 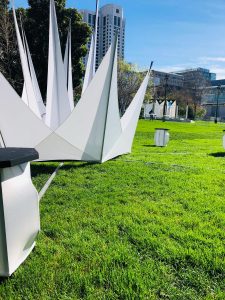 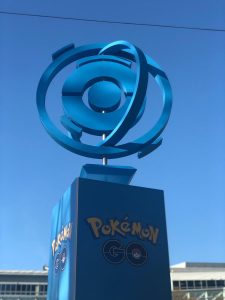 You’re looking at those right: for those familiar with Ingress, that giant white structure is an interactive Ingress Portal. And for players of Pokémon GO (and even those who don’t play), the big blue statue should be recognizable as Pokémon GO’s very own Poké Stops.

Both of these structures were built and subsequently set up at this year’s GDC for attendees viewing pleasure and interactivity, meant to represent the game’s virtual counterparts. I can only imagine that they showed up in-game, as well, for any players who were also attending the event.

The photos of these structures were posted on Niantic’s Instagram Story with its own coverage of the event, alongside the official Niantic Twitter account. Not only are the incredibly impressive, but they show a side of Niantic that proves to us they’re just as fun as we want them to be… and that they’re really big fans of their own games.

And that’s a good thing!