Review: Baba is You on Switch

Lately, ‘puzzle game’ has meant falling blocks, what with the likes of Tetris, Puyo Puyo, and Lumines populating the Switch. For others it’s something more like the Layton games, where a gentleman leaves none undone. All of these have lit up my neurons one way or another — but now a new, simple style and concept has the sway of my Switch and cerebrum thanks to a little game called Baba is You.

Already a recognized indie jam winner, the game has come a long way to become a full-fledged collection of quandaries. Creator Arvi Teikari’s stroke of ingenuity has given us a puzzler that doesn’t push your reflexes, but instead dares you to sit quietly and ponder. If that’s not enough reason to reason, then I don’t know what is.

Absolutely running with its core idea in the best of ways, it’s a game where you play both by and with its own rules. Most often you’ll be in control of Baba, a cute white quadruped tasked with some sort of goal within individual stages. This is all denoted by blocks of words that are also the stage’s rules. By pushing these blocks and setting up new phrasings, you can play with what is possible or what your actual goal is. Observe:

It’s such a strong idea and leads to interactions both brilliant and amusing, as well as puzzles that really push you to think hard and try everything you can. Some are as simple as breaking up a phrase like “Lava is Hot” to walk through an otherwise deadly section, or setting up a situation where you can “Push” an obstacle out of the way. Others are multipart affairs that dare you to take control of multiple characters (and rocks, and cogs, and flowers, and…) to accomplish multi-tier objectives.

Eventually, elements like multiple “is” and “and” blocks come into play, and suddenly you have a font of creative puzzles that seldom runs dry. There are some repeated layouts via bonus stages, but they always come with added elements that twist familiar solutions and put the level’s structure or setup in a whole new light. Even with the most brain-teasingest stages, I never got tired of trying everything I could, even if I knew it wouldn’t exactly help — just to test and see what was possible.

Thankfully, whenever things got a little out of hand or impossible (like say, pushing “You” away from “Baba is” and suddenly not being able to control anything), it was easy to get back on track. It’s possible to undo moves one at a time with the press of a button, and restarting a given stage is painless. As absorbing as its rule-bending can be, this was a fairly stress-free game prone to play sessions in bed while I was drifting off to sleep. 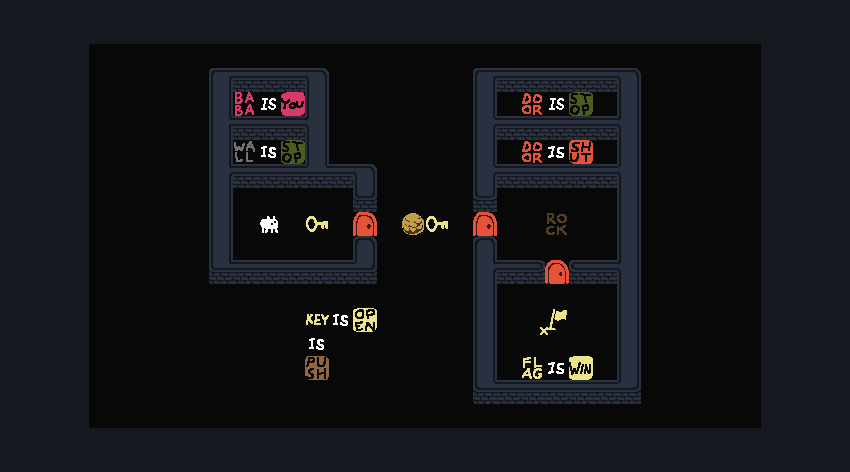 Helping that along are the deliberately simple visuals and sounds of Baba is You. The sprites aim to appear almost hand-drawn, and with its lean towards black backgrounds it almost gives the impression of playing the game on a chalkboard. The way Baba pitter-pats around with the synth soundscapes pulls the game together while still carrying a homegrown charm.

Really, there isn’t a lot to say about Baba is You. It’s a game that took a few stages to understand and then it continued to top itself in terms of creativity. Your enjoyment will depend on factors like patience and just how much you enjoy that glorious moment when a stage you’ve been staring at and testing for half an hour finally comes together. That payoff is really something special, so anyone who’s more into quick thinking or unraveling mysteries may want to look elsewhere. 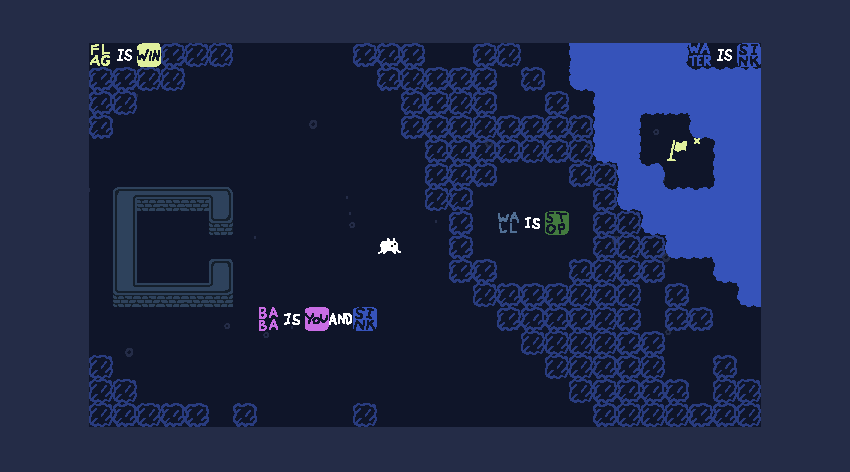 The hundreds of puzzles here kept me playing for several hours, but it can’t be overstated how the real strength of Baba is You lies in its concept. Rules and logic are everywhere in video games, and by giving some measure of manipulation over them in truly inspired scenarios here it’s become a Nindie worth thinking over. Or to put it another way — Baba is Great. 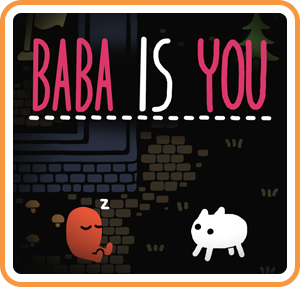