3DS JRPG The Alliance Alive getting a HD port to Switch

The 3DS was a platform filled with hit JRPGs, and ever since the Switch launched, many have been eager for those games to make the leap to Switch, either by way of remasters or sequels. FuRyu seems to have heard the call, as its 2017 title The Alliance Alive will be heading to Switch this fall in Japan.

The news comes from the latest issue of Famitsu (via Gematsu), which simply reveals it’ll be called The Alliance Alive HD and head to the Switch, PlayStation 4, and PC. No screenshots or video has surfaced as of yet. 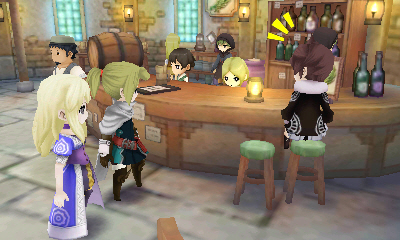 It’s also likely to be part of next week’s NIS America stream, held on March 11th, as Gematsu has discovered that the company is prepping the URL nisamerica.com/games/alliancealive. The game was originally published in the west by Atlus, but NIS America similarly took over publishing duties from Atlus for the imminent port of The Caligula Effect.

We’ll be sure to bring you the first images and details as they’re released.