Daemon X Machina didn’t exactly leave a lasting impression on me when it was first announced at E3 last year. The combat involving mechas (called Arsenals) and other giant machines definitely piqued my interest for a short time, the music was right up my alley, and the gameplay looked exciting enough; but it was quickly lost in my mind among all the other announcements. Over the last several months there has only been one thought on my mind each time it comes up: “Oh yeah, I totally forgot about that game.” In fact, just a few days before the recent Nintendo Direct, one of the most relatable sentiments I saw regarding Daemon X Machina was a tweet referring to it as “the most forgettable Switch game.”

These thoughts are now a thing of the past though. Getting my hands on the recent Prototype Missions demo has changed my opinion of the game going forward — I might not be 100% sold on it yet, but I’m eagerly looking forward to a release date announcement and further updates. 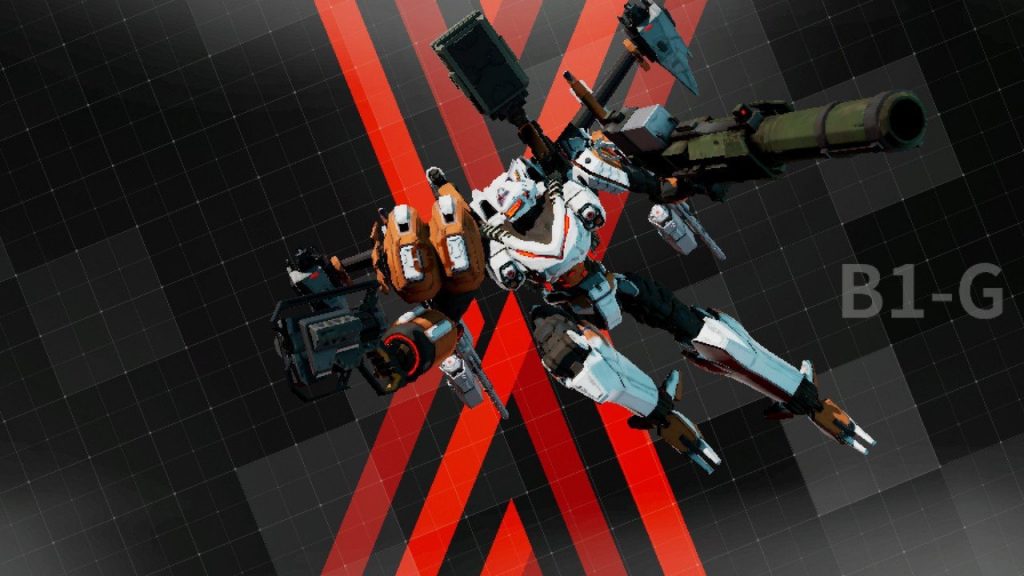 After creating your character, known as an “Outer,” in what I assume is a reference to the fact that this is what you look like outside of your Arsenal, your first mission, or Order, is to take an aptitude test that functions as a pretty barebones tutorial on the combat. You should be able to pass this with no problem, which opens up a few more options in the Hanger, including the ability to customize your mech and upgrade your Outer, using the credits earned from completing Orders. The Prototype Missions demo has three additional Orders after the aptitude test: one standard combat mission, one defense mission, and a decently difficult boss fight. Over the course of these missions you’ll fight generic enemies as well as other Arsenals. Defeating normal generic enemies doesn’t really reward you with anything, but defeating enemy Arsenals will allow you to salvage parts from their wreckage in order to upgrade and customize your own Arsenal back at the hangar. You can also pick up objects and use them as weapons — anything from cars, to street signs, to the boss’ giant laser cannon.

This brings me to the most surprising, and my personal favorite, part of the demo: customization. For a game with no release date, the customization is pretty detailed in this first look, and you can tell a lot of care is going into this system. Each part of your Arsenal can be customized with the parts you collect while out on Orders, and different parts will grant different attributes once equipped. In addition to a head, body, left and right arms, and legs, you can also equip each arm with a weapon, as well as a backup weapon for each arm, allowing you to switch things up if you run out of ammo or you need to adjust your strategy. Your Arsenal is also powered by a processor, which gives it basic abilities such as increased lock-on distance or increased movement speed. You’re also able to completely customize the color of your Arsenal, allowing your personality to really shine through. I had a ton of fun going through the different options and replaying Orders in order to keep salvaging different parts to use, and I only expect the customization to get robust in the main game once it launches. 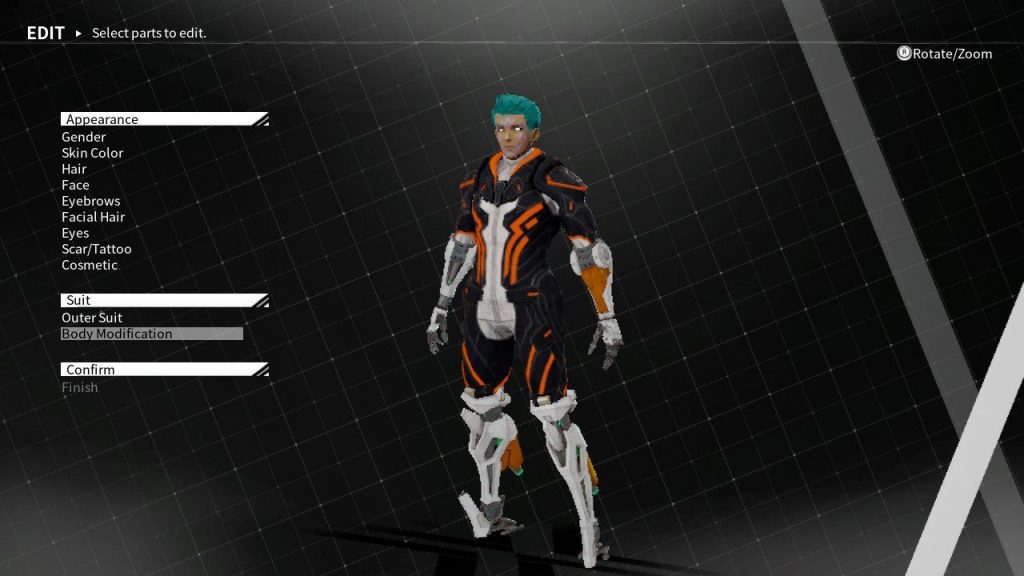 The combat itself does need some work, but that isn’t to say that it isn’t fun. Everything about it feels just slightly off the mark; the movement and shooting just don’t feel like they are fully “there” yet. The movement switches between too clunky and too loose depending on if you’re boosting or not, and the default controls make it impossible to aim while boosting, since you have to choose between moving the right stick or pressing the Y button. Luckily, I found that the controls are completely customizable after poking around some menus, meaning you can move boost to a shoulder button in order to free up both of your thumbs.

Daemon X Machina could really benefit from a true lock-on system, allowing you a little more freedom of movement without messing up your aim. The combat could use a little more feedback in general; enemies don’t have health bars, so you have no idea how close to death they are, and your shots don’t have immediately apparent hit markers, both of which were especially frustrating during the boss fight. A little more rumble would go a long way towards letting you know you’re receiving damage or if you’re landing your shots. If your Arsenal gets destroyed, you’re stuck fighting as your Outer. Believe me, shooting giant enemies with your small, floating shoulder cannon is entertaining at first, but running around a huge map fighting enemies much larger than you quickly becomes tiresome. Hopefully the full game will add the ability to repair your mech or find a way to make fighting as an Outer more exciting. 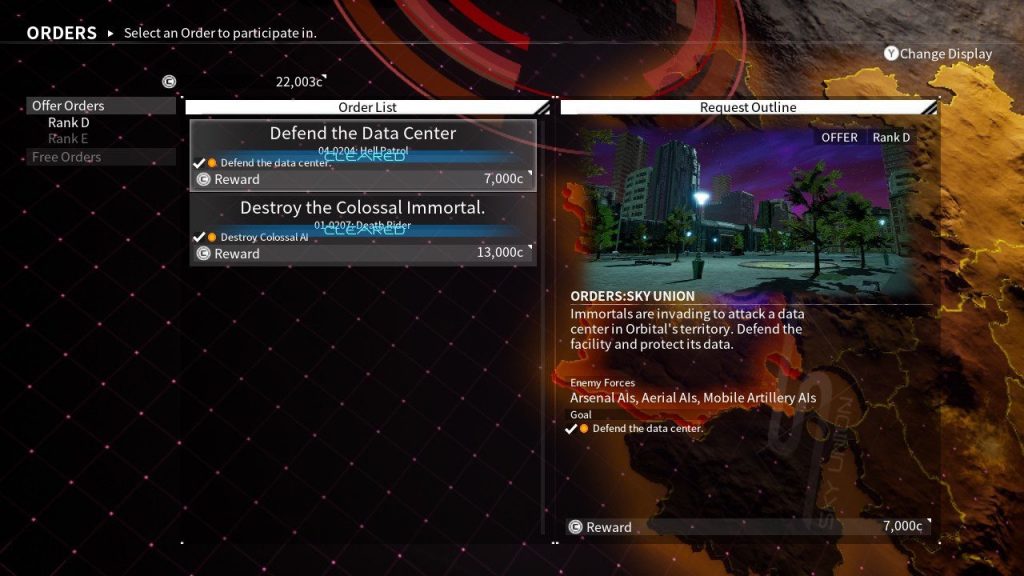 As far as looks go, the art style really lends itself well to the giant mecha genre and I loved the unique designs of what little of the named characters I got to see. The Arsenals themselves are absolutely gorgeous and you can tell a lot of love went into them. The environments are a little too blandly post-apocalyptic for my taste, but I’m expecting (hoping?) that to improve in the main game as the world expands. As far as how great it looks during combat though? There are definite frame-dips during big fights in handheld mode, and almost everything looks a little too jagged if you look at the screen too closely or for too long, but I want to believe the game will just get more and more polished before its release.

Despite some gripes, the game is still very fun — how could customizing, fighting, and flying around a giant mech not be fun? Daemon X Machina is definitely a little rough around the edges right now, but it’s clear that the developer knows it needs some polish — and they’re asking for fan feedback via surveys and social media to prove it. Overall, the Prototype Missions did a great job of showing me how much fun this game is, and how much better it could be with just a few little tweaks. In my mind, this demo is accomplishing exactly what it set out to do by showing off what’s there and asking players to point out what they wish was there.

After this demo, Daemon X Machina is no longer “the most forgettable Switch game” — it’s becoming another exciting title on my radar for 2019, which is really saying something considering how stacked the Switch’s release library is this year.