Nintendo hit fourth on Metacritic’s 9th Annual Game Publisher Rankings. The system averages the Metacritic score for every game released by publishers in 2018 into one cohesive score.

Nintendo scored a 76.4. Its highest rated game was Super Smash Bros. Ultimate at a 93, while its lowest was Kirby Battle Royale at 57. Capcom topped the list with an average score of 79.3. Sega and EA came in second and third, respectively. 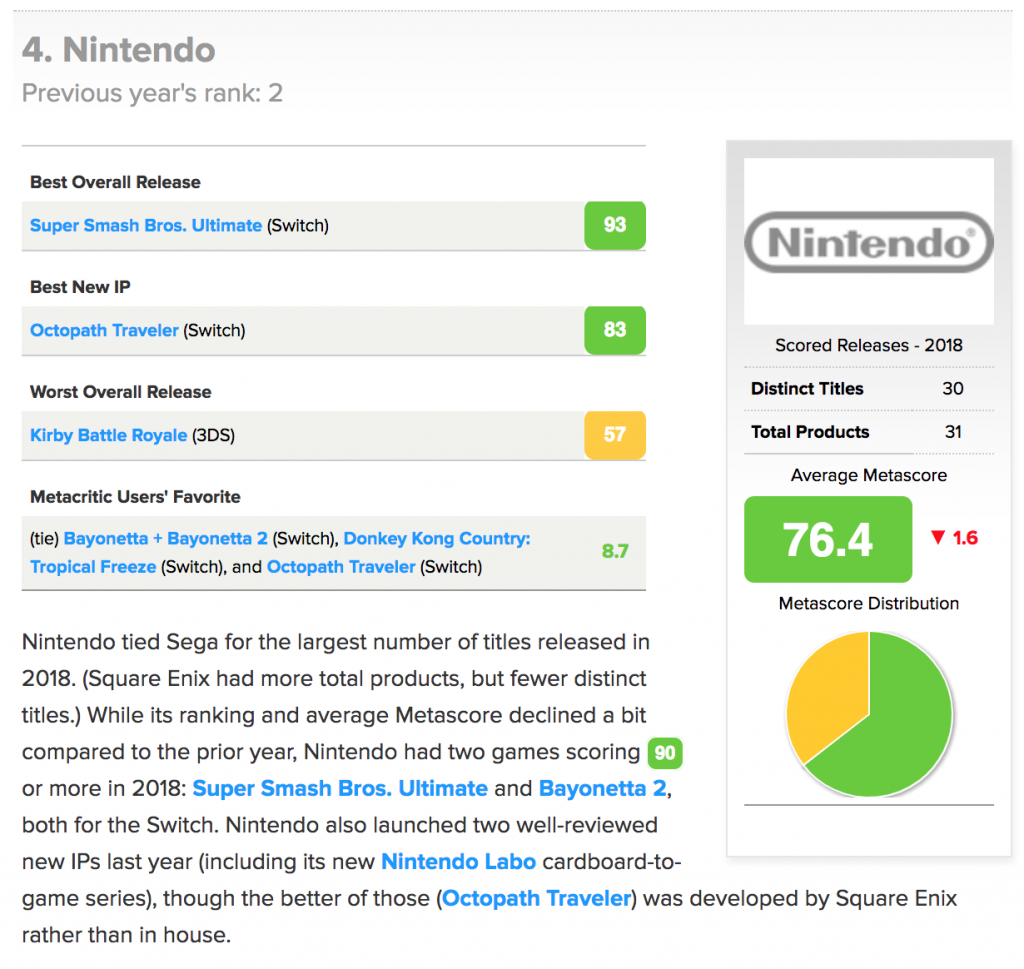