Kirby’s no stranger to twinkling stars and cosmic turmoil, and with this latest Star Allies concept art getting posted to Twitter, we get to see a little more of both. All of these illustrations were put together in preparation of Heroes in Another Dimension, with the first batch giving a more intense vibe to the mode’s lobby. The use of reds is much more pronounced in the first, and above each dimensional warp you’re able to see the bosses waiting for you, as well as the Heart Spears further up. The second piece is close to what would be used in the final, though with more dramatic effects and coloring still present. 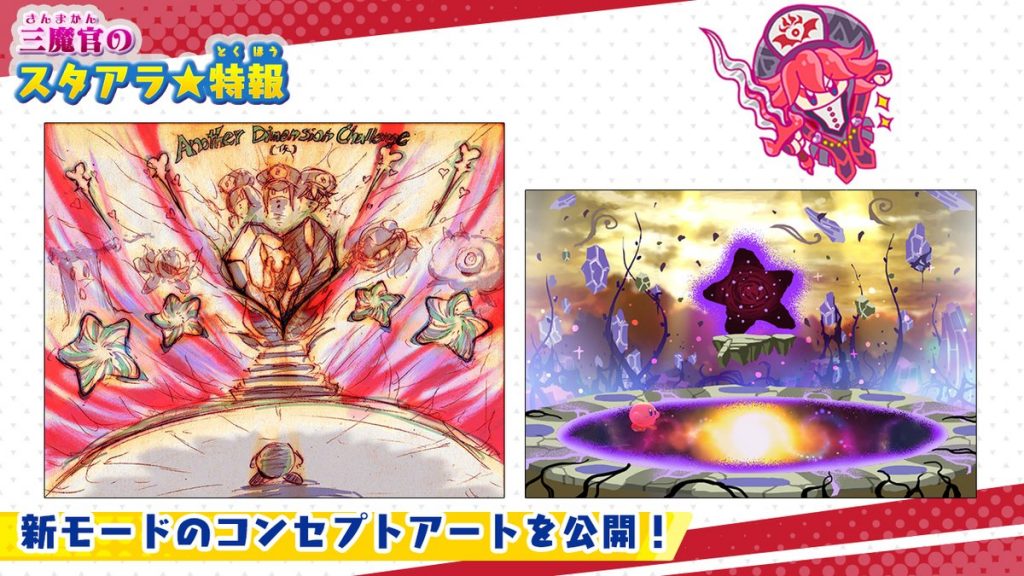 The next batch goes in a slightly different direction. We get to see Kirby in one of the Dimensions, making it clear that at least for the gameplay portions that designers already knew what aesthetic they wanted for the mode. Lastly though, we get a galactic vista, with nebulas shining bright and colorful to remind you these are the stars over Kirby’s world and not our own. 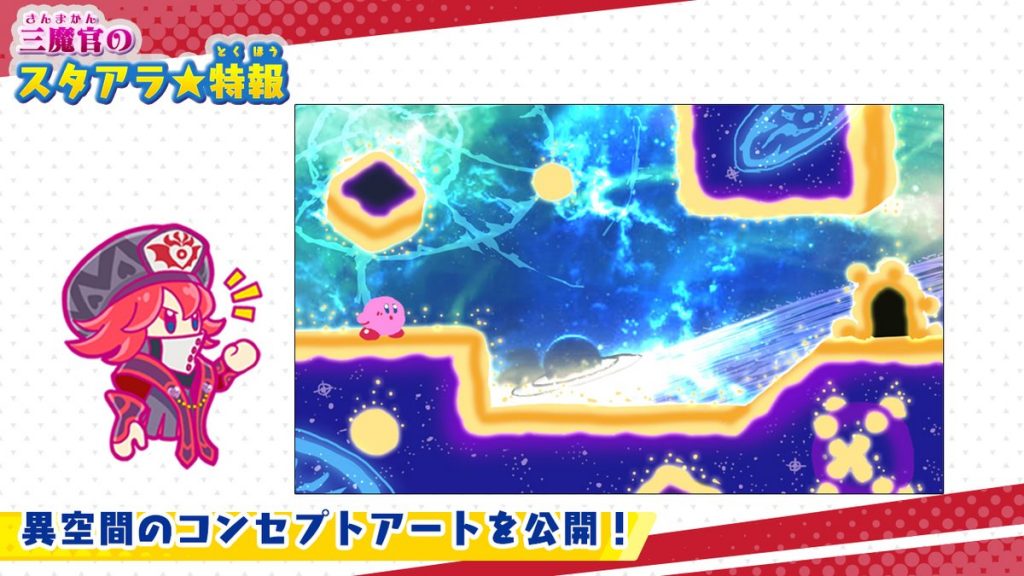 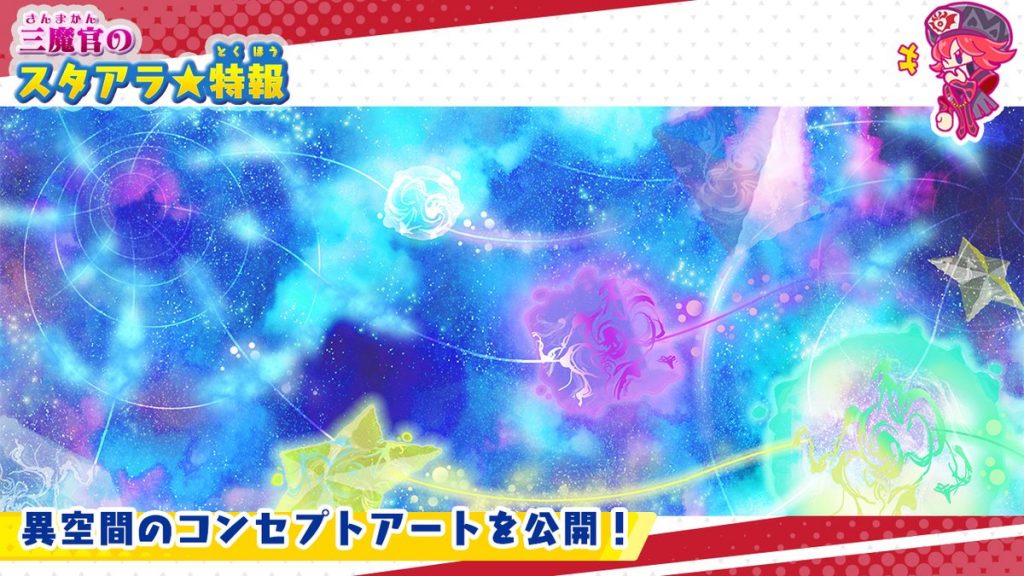 Even if Star Allies has been wrapped up I can’t help but play it every now and then, working on Ultimate Choice and Another Dimension runs “just because.” It’s been a while since my last run (thanks to Smash), but these pieces of concept art are just the excuse I need to load it up again ASAP.