Video game re-releases are happening all the time these days, and while some bring back lost gems and others add new and exciting features, other times they right wrongs. Tales of Vesperia released back in 2008 exclusively for the XBox 360, serving as one of the most notable releases for the system in Japan, to the point of moving units singlehandedly. Shortly after in Japan, it was repackaged with new and expanded content on the PlayStation 3, and yet the West got nothing. Other than occasional whispers and rumors, Vesperia getting a second wind seemed to be a lost cause and fated to fade away into obscurity, save within its fanbase.

Yeah, not that one.

E3 last year finally brought the game back to the public eye, and best of all, we found out that content was added and the game would be a multiplatform release. Now here I am, a Tales of fan through and through, able to say that the wait (no matter how unnecessary) was worth it. If you’ve ever been curious about the series or wanted to capture some of that Symphonia magic again, Vesperia won’t disappoint.

This guild is more than just you now

The Tales of series has long occupied its own JRPG niche, with an extensive list of recurring concepts and features that leave it up to the characters, their stories, and unique takes on those traditions to really sell any one, individual entry. Thankfully, Vesperia absolutely shines in most of those regards and more than earns its reputation as a fan favorite and an example of why this series is worth following. Though some of its individual facets don’t measure up to other titles (both before and after its original release), as a whole it’s one of the best examples of why this series has persisted for decades.

Vesperia’s playable cast is made up of a likable group that grows over the game, each character with a story of their own to tell. They may not all, individually, get as much focus as some past titles gave to their groups, but that’s somewhat made up for by having arguably the best lead character of any Tales game. Consistently topping Japanese popularity polls to the point he had to be retired from them, Yuri Lowell manages to be simultaneously likable, flawed, and satisfying to play as — without shilling or other potential protagonist pitfalls. 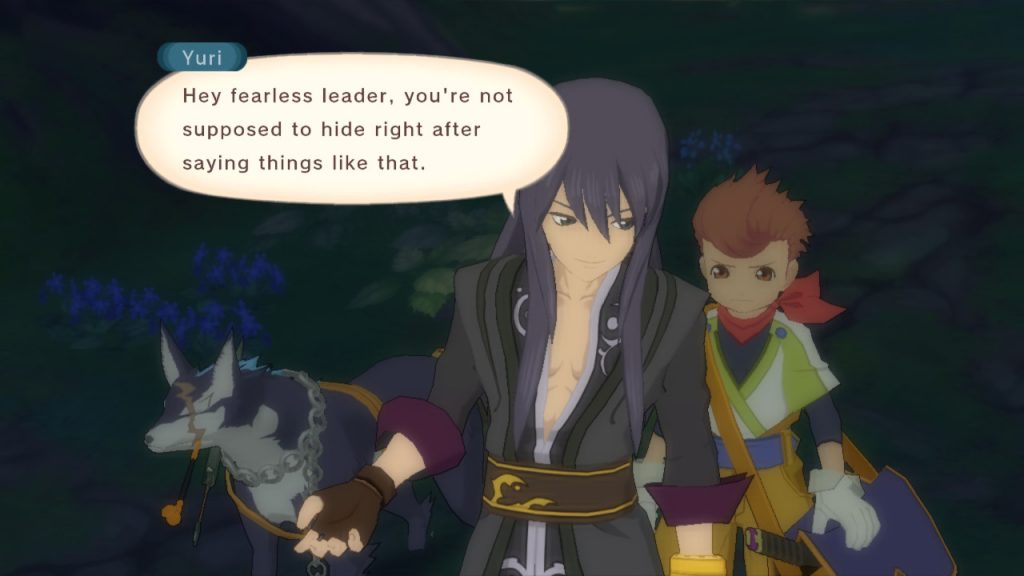 This is helped with his immediate foil (and now fully playable) character Flynn Scifo, the shining knight to Yuri’s more roguish demeanor, being so involved in the plot. In fact, it’s the party’s willingness to blatantly operate outside of the law and defy the expectations placed on them that gives the game one of its core themes. Not to mention, you can play as a knife-wielding, pipe chomping, one-eyed dog if you want to, and he’s a very good boy. Even if they aren’t all made equal when it comes to screen time, they’re all likable in their own way and make the game memorable with their presence.

Some of these descriptors may sound cliché, particularly for JRPG or anime fans. To you I say, welcome to the Tales series. While certain plot elements and character traits in these games, including Vesperia, are familiar and — dare I say, unoriginal at times — the game goes out of its way to subvert many of them both with gradual development and shocking reveals. These moments of payoff are a part of the experience with this series, I’ve found, so some degree of patience and a fondness for surprises goes a long way to shaping your journey. 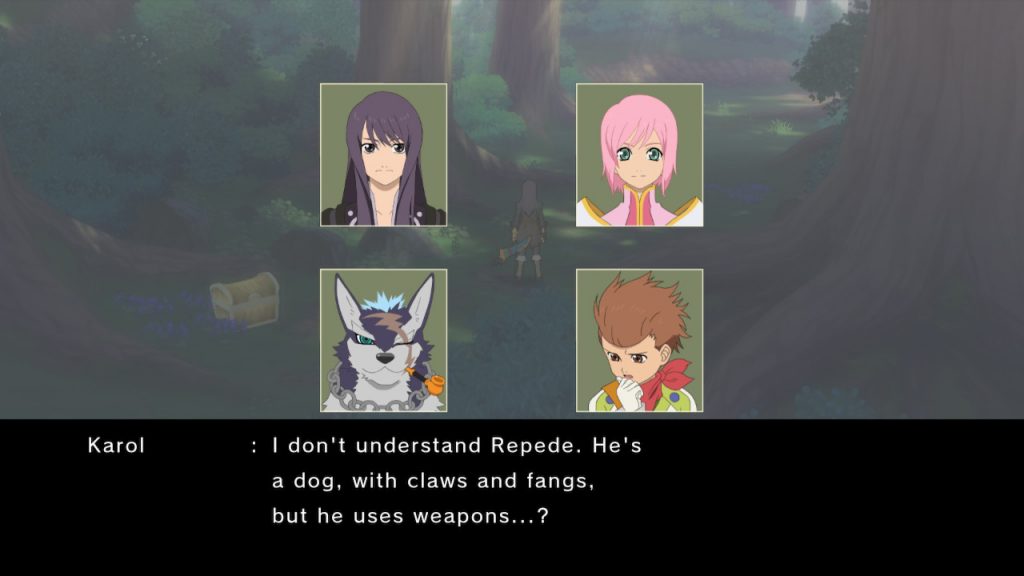 Outside of plot developing cutscenes, you’ll be exploring the overworld and various environments. These dungeons take on many forms and visual motifs, though you’ll soon find that they follow the age-old RPG pattern of town, dungeon, boss, town, repeat. Adding a little fun to all this walking around are another Tales of staples in the form of skits. Every now and then (or in response to specific battle or item based scenarios), you’ll get a prompt in the bottom corner to initiate a chat amongst your party members. Often humorous and sometimes revealing, they’re well worth the few moments if the cast is the main reason you’re playing. Along with skits, some light puzzle solving and scattered treasure chests break up your explorations, and all the while enemies will be roaming around to try and engage you and take you to the real draw of the game.

In the past, I’ve mentioned the importance of an enjoyable battle system in any RPG, and the Tales of series stands as the reason why I feel that way. The Linear-Motion Battle System that’s been a staple of these games is one of my all-time favorites, and even if Vesperia lacks some of the speed and ease of more recent releases it’s one of the best for its unique mechanics and how well it refines a certain era of these games.

Each fight places four of your party members into an arena-like stage when they’ve touched an enemy model in the overworld. Once in these screens, it doesn’t play out turn based, but rather with full control over your lead character in something more akin to a fighting game. You’ll be locked to a “lane” based on what enemy you’re targeting and can move towards or away from them, able to use both basic attacks and special techniques called Artes. There are various tiers of Artes, allowing you to chain from a weaker one into a stronger one after a series of basic attacks. All of this occurs in tandem with your AI-controlled allies’ actions, giving you the potential to either split up and burst down multiple enemies or combo a single one into oblivion. 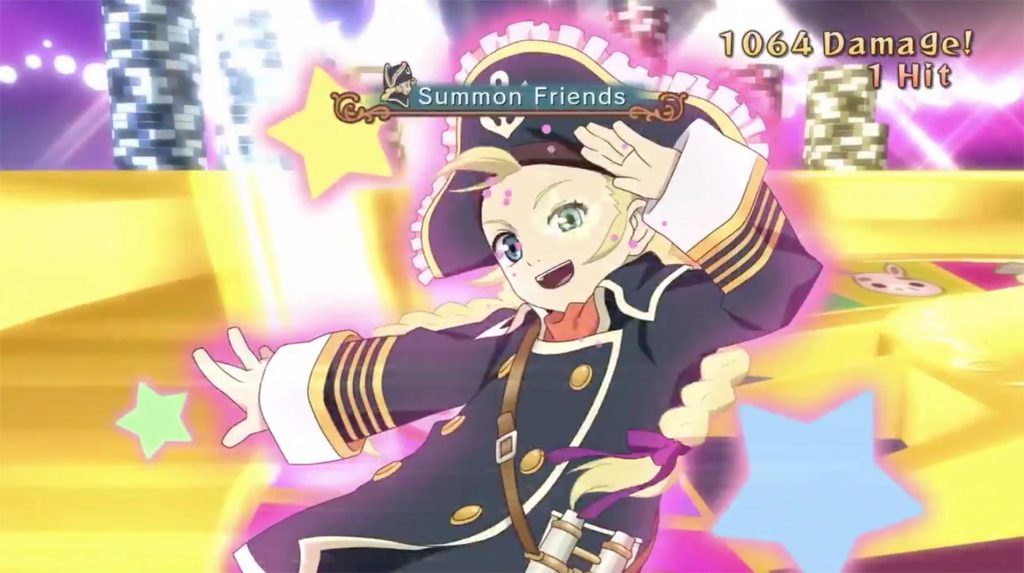 This active battle system is something I’ve loved in Tales games since I first played Tales of Symphonia back on the GameCube, and Vesperia’s operates as a streamlined take on what that game and Tales of the Abyss (which released between the two) brought to the table. There’s greater freedom of movement, as well as some unique abilities like Burst Artes, which are able to one shot basic enemies and dent bosses if you’ve hit them with certain, other Artes enough. With nine playable characters, each with dozens of Artes and differing styles and weapons, there’s a ton of depth to the battle system and some really satisfying encounters to test them all in.

Supplementing you further in battle are Skills, earned via using weapons enough in battle to unlock the Skills attached to them. Once you do, you can equip them to your characters to further customize and tailor them to your liking. Some offer abilities, like being able to backstep, while others are more specific to the characters themselves, such as boosting their unique traits. This serves as more of a drive to cycle equipment frequently versus just flat stat increases and complements the already enjoyable battle both for reasons practical to progress and for those looking for greater challenges and options.

The only real downsides to Tales of Vesperia are its age and some of sacrifices made for it to run in handheld mode. This is still a ten year-old game, and for all that holds up there are a few more archaic elements that make a playthrough, especially for completionists, more of a headache than they need to be. Adding enemies to your bestiary requires the use of a consumable item and some enemies are only fought once; some side quests require highly specific timing and backtracking with no clues; and dungeons are back to requiring (admittedly quick) loading screens between sections. All of these have been phased out or lessened in later Tales games, and while everything around them is a welcome return, it’s a shame to have these other features back in full swing. 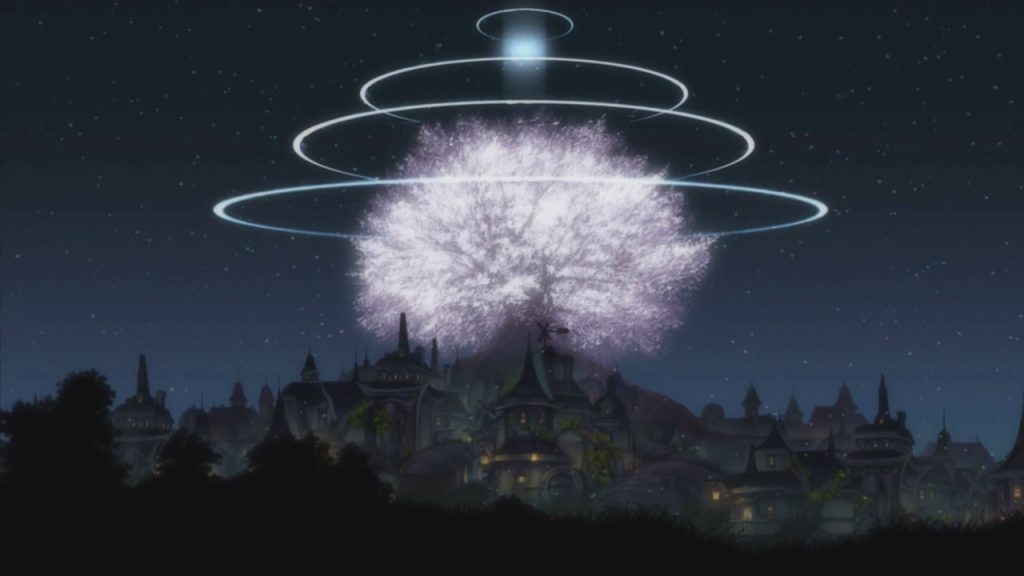 To be fair, the aforementioned points aren’t going to hold back the game much if you’re not out to see and do everything, and it says volumes about Vesperia that I genuinely wanted to experience all it has to offer. I seldom wanted to put the game down, and that led to a lot of playing in handheld for convenience. The game does lose some resolution quality here compared to docked, however, dropping from 1080p to 720p. This is a shame because the environments and art design are lovely in their anime influenced ways, to the point I’d want to connect to the TV whenever big story moments were about to happen. Thankfully, frame rate held up no matter what though, with battles running smooth and only the overworld map showing any signs of slowdown.

The brightest star in the sky

That “Definitive Edition” isn’t in the title just for show for this release. If you’re comparing it to the original 360 version of Vesperia, you might be surprised, as you’ll be seeing a whole lot more content than expected. For one, the previously mentioned Flynn is now fully playable after a certain point in the game. There are also new boss fights, story scenes, and skits to bring in new information and flesh out existing characters. Among them is another new character previously hinted at, the plucky pirate girl Patty Fleur. She’s unique both in and out of battle, with much of her kit based on timing and luck; and while she doesn’t fit in quite as well as Flynn, she does bring another longstanding Tales tradition into the game while managing to earn her keep. 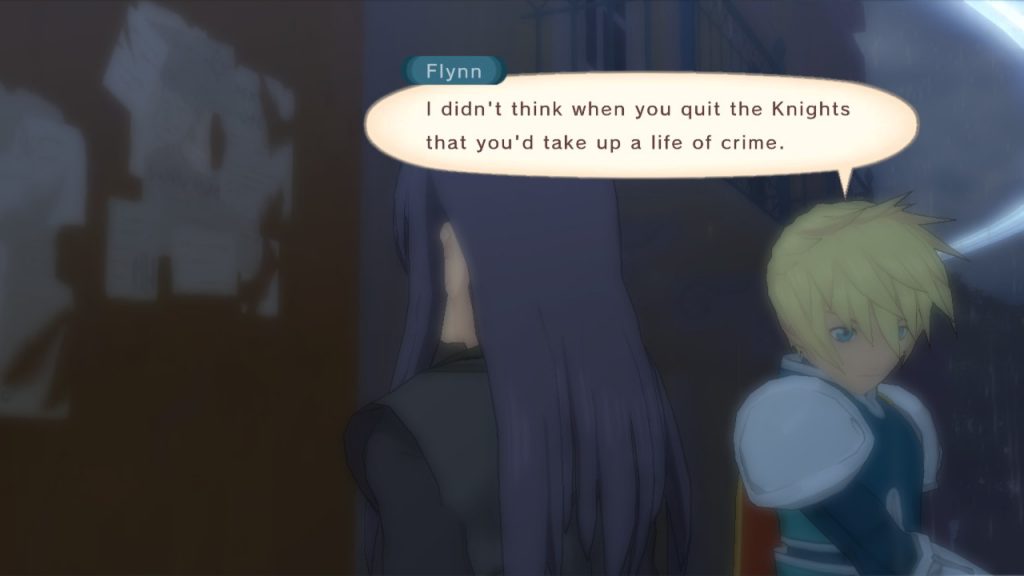 Each character will also be getting a second Mystic Arte attack, with Yuri and Flynn having a special team-up one. The additions mentioned so far were originally what came with the Japan-only PlayStation 3 release of the game, and they make their long-awaited, localized debut in this version. All of this new content is voiced in English, with the original cast back or serviceable soundalikes stepping in. Speaking of languages, you can also play with the Japanese audio via a choice made whenever you load the game. Last but not least, all the released DLC costumes are now available in-game free of charge.

Tales of Vesperia: Definitive Edition stands as a fitting celebration of this ten year-old gem of a game, bringing a fan favorite back with more content than ever. Thanks to the game’s stellar cast of playable characters and addicting, thoroughly enjoyable battle system, it stands as not just a fantastic example of its series, but of its genre. Anyone who enjoys JRPGs owes it to themselves to see what the big deal is about with this release, and as long as you can handle some outdated features and minor hardware limitations, you’ll be glad you joined this guild. 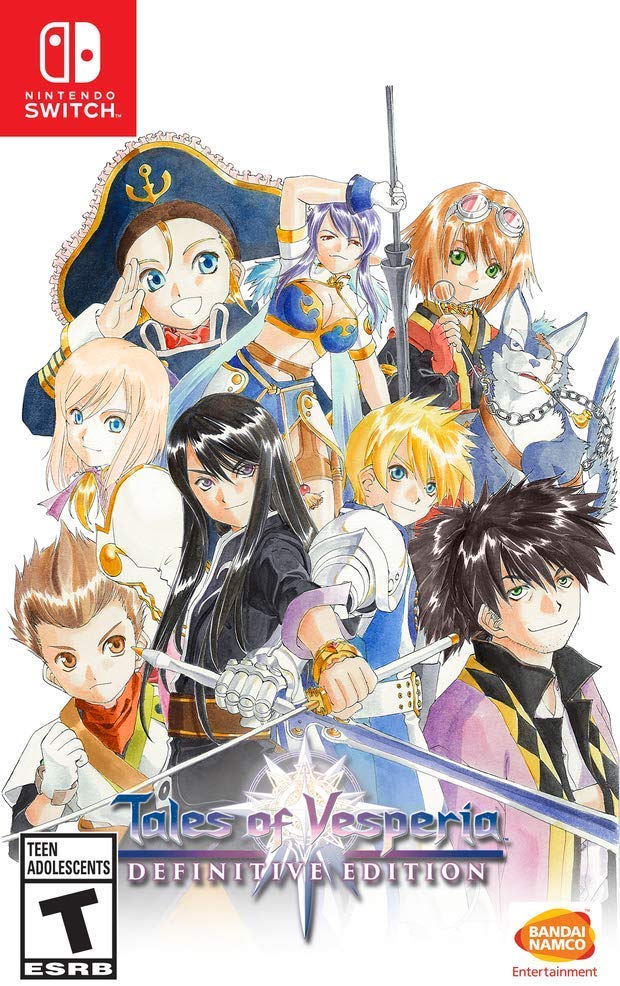