ARMS Party Crash Bash #5, titled “Clash of the Cool Guys,” has been announced, pitting the Student of Stealth Ninjara and the Speed Demon Kid Cobra against each other as featured fighters! 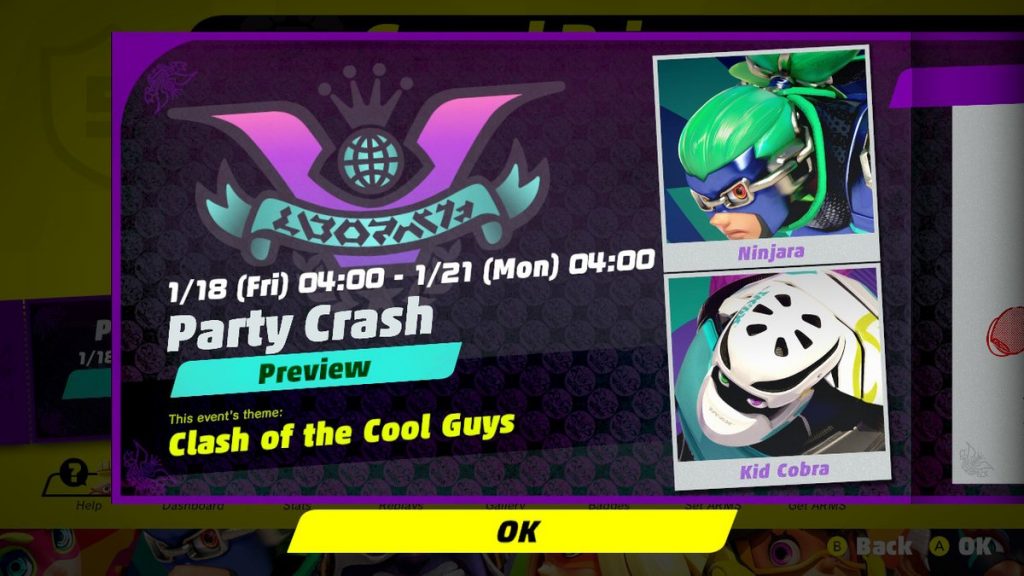 Players are also given a “Lab Level” rank, which increases with each match played, with extra points given during Bonus Events or if featured characters (in this case, Ninjara and Kid Cobra) are used.