In one of the more bizarre stories to come out lately, a man in Hermosillo, Mexico used a NES Zapper wrapped up in tape to rob a bank.

More likely than not, you’re already familiar with Nintendo’s electronic light gun most famously paired with the company’s Duck Hunt game on the NES. Back when the NES originally launched, Nintendo was concerned about this very kind of incident, causing them to change the Zapper’s primary color scheme from gray to orange so it sported a more “toy looking” appearance. The robber in question, however, attempted to evade this by covering the toy gun in dark duct tape, masking the toy’s initial guise to make it look more like a real gun. 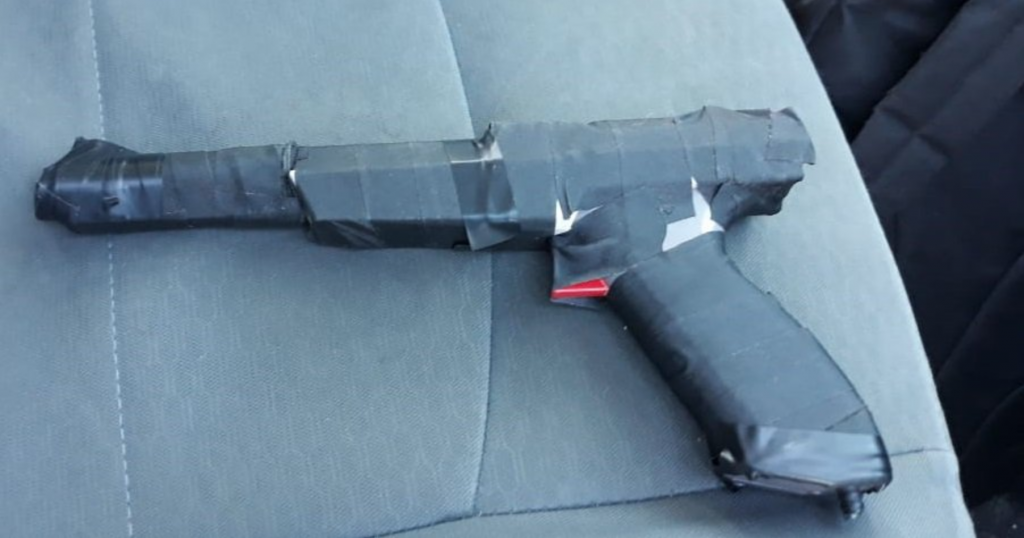 In retrospect, the man probably could have saved himself some duct tape if he had just used Nintendo’s original Japanese Video Series Shooting light gun, which was essentially just A Gun™.

We’re happy to report that this story has a more positive ending. Eventually, the bank employees helped police track down the man — who was reportedly involved in 15 other crimes — and he was arrested.