Last year Nintendo confirmed that several of its arcade titles, like the first versions of Punch-Out!!, Donkey Kong, and Mario Bros., would head to the Nintendo Switch under Hamster’s Arcade Archives banner. While it hasn’t been a regular flow of titles, Hamster has made the surprise announcement that Donkey Kong Jr. will be launching on December 21st in Japan.

The sequel to Donkey Kong, DK Jr. has you play as the young ape as he tries to rescue the original DK from a surprisingly villainous Mario. 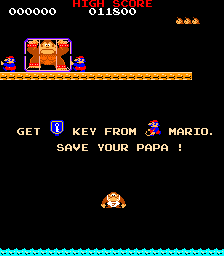 Here’s hoping the game launches on western shores on the same date!