In case you haven’t heard, there are some interesting court proceedings surrounding Nintendo and the German Consumer Protection Authority (also known as VZBV) as of late.

Technically, this whole debacle actually started at the beginning of 2018 in Norway, and during its ongoings has been passed off and taken into Germany because that’s where Nintendo of Europe is located. If you feel like this might sound familiar, you may have heard rumblings of it when it was first taking action.

Throughout 2018, the Norwegian Consumer Council has worked to take Nintendo to court over a specific eShop policy that prohibits buyers of eShop content to cancel pre-orders and receive refunds. Now that the case has been taken to Germany, VZBV will continue with the formal proceedings, with everything expected to begin in three to four weeks.

To go into more detail about why this eShop policy is in question, the refusal to allow cancellation of a game before it’s released is claimed to break European law, according to the Norwegian Consumer Council. However, Nintendo responded by saying that the pre-loading process (downloading the game prior to release, even if you can’t play it) means that it doesn’t. 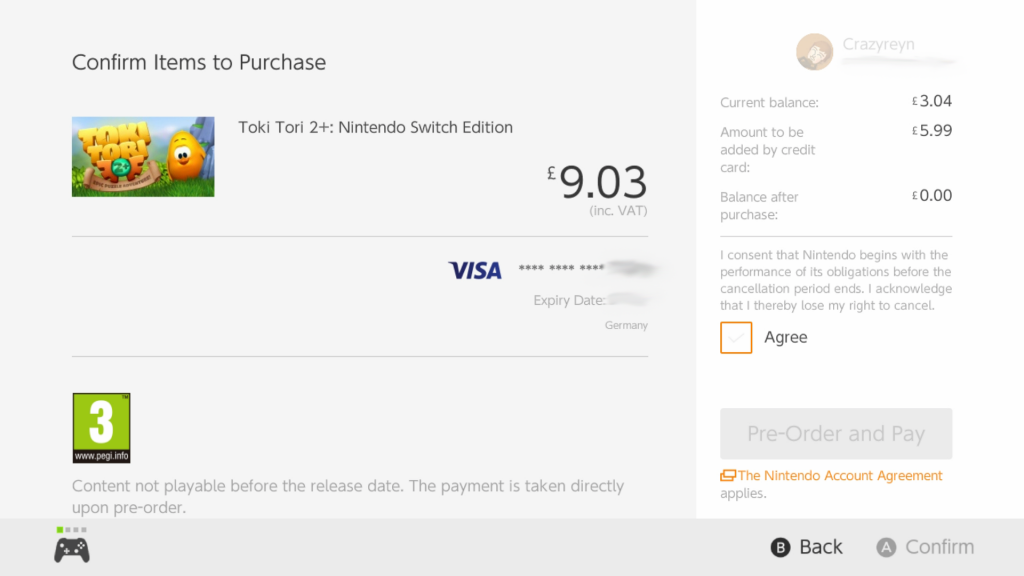 To further complicate things, buyers on the eShop who go ahead with the pre-order process are required to agree to the terms that waive your right to cancellation and refund. Because of this, Nintendo does get the permission from every consumer to deny them any sort of cancellation. Nintendo cites this in article 16 of European Consumer Law Directive 2011/83: “the performance has begun with the consumer’s prior express consent, and with the acknowledgement that he will lose his right of withdrawal once the contract has been fully performed by the trader.”

That hasn’t stopped the Norwegian Consumer Council from biting back, stating: “The company plainly states that all purchases are final. According to the right of withdrawal laid down in the Consumer Rights Directive, such terms are illegal. Until the game can be downloaded and launched, the seller cannot prohibit the consumer from cancelling their pre-order.”

It’s impossible to tell whether Nintendo’s argument might hold up, or if the court will take the Norwegian Consumer Council’s side on this, but it may take upwards of a year for any sort of verdict to be made. We’ll have to wait and see.