NES and SNES Classics to not be restocked after holidays

As spoken in the Book of Mario, “Nintendo giveth, and Nintendo taketh away” {Waluigi 1:21}. The Big N has announced that this run of both the NES Classic and the SNES Classic will be the last, as the company now pivots towards Nintendo Switch Online services to fill the retro gaming gap.

The availability for the nostalgic mini-consoles has been sporadic, with low initial quantities leading to large outcry and prompting Nintendo to restock the consoles throughout their lifespan. But given the emulative properties of NSO, it appears that they’re no longer in the cards. As Reggie explains to The Hollywood Reporter (after iterating that “the current systems are the extent of our classic program”):

We’ve also been clear that, at least from an Americas perspective, these products are going to be available through the holiday season and once they sell out, they’re gone. And that’s it. The way that consumers will be able to continue participating with our classic content is going to be through Nintendo Switch Online, and we just released three new games (Ninja Gaiden, Wario’s Woods and Adventures of Lolo) from the NES generation onto that platform. We look at that as the main way that consumers will be able to experience that legacy content.”

There are a couple takeaways here besides just the discontinuation of the legacy consoles. With the SNES Classic stopping services, we can (hopefully) expect SNES games to pop up as part of NSO services moving forward. And since Reggie seems adamant about stating that the NES and SNES classics are all that’s being made, the much rumored N64 Classic may not be happening — at least, not immediately. 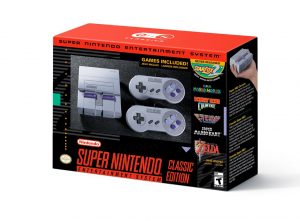 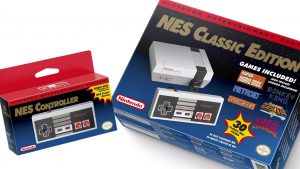 Regardless we can only hope that those wanting the mini consoles can snag one at a reasonable price before the holidays end — and that Nintendo’s legacy Virtual Console-esque service gets bolstered enough to fill the gap left behind.