Over the years, Sega has been serious about preserving its legacy. From the Dreamcast’s early Genesis ports to the modern day Sega Ages efforts on Switch, there have been many ways to dive into the company’s impressive back catalogue.

This latest effort, however, puts most of them to shame, at least in terms of content. With over 50 games included, the Sega Genesis Classics collection is a comprehensive history lesson, but is it an accurate one?

Blast from the Past

Practically every game included in this latest collection is truly an important classic in one way or another. The sheer quality of games like Streets of Rage and Sonic the Hedgehog 2 is undeniable, sure, but the likes of Alex Kidd and Super Thunder Blade IV, while not aging as well, were significant stepping stones that secured the Genesis’ foothold in its battle against Nintendo. 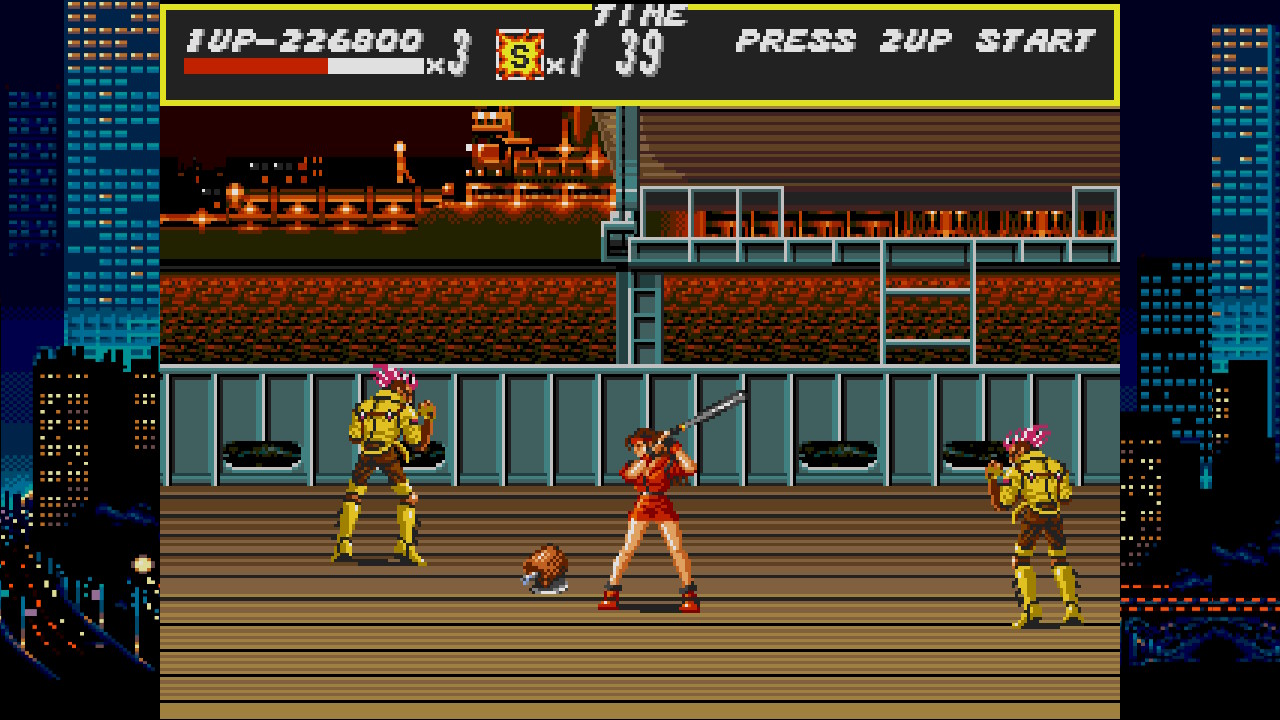 Unfortunately, the history lessons begin and end with the games themselves. Unlike some previous collections, there’s very little in the way of extras, with no concept art, behind-the-scenes videos, or interviews with significant figures. While not a dealbreaker (the games are the stars of the show, after all), more context would have been very welcome.

Also, while the library is impressive, there are some notable omissions. Sonic the Hedgehog 3, and its pseudo-sequel Sonic & Knuckles, are once again missing, as is the Ecco the Dolphin trilogy. Personally, I don’t find these to be dealbreakers, but their absence is definitely felt.

Rise from your Grave

Of course this wouldn’t mean anything if the emulation is poor, and the Sega Genesis is a notoriously difficult console to imitate. Thankfully, while there are some issues the most eagle-eyed (or eared) fan will spot, most of my time with Sega Genesis Classics was pretty faithful to my memory. Sonic runs fast, the iconic drum soundfont still gets you pumped, and it’s easy to be taken back to the days of permed hair and cell phones the size of bricks.

This nostalgic aspect is tapped into pretty blatantly with the collection’s “hub.” A fully 3D ‘90s bedroom is rendered, with a CRT taking center stage flanked by old Sega posters and a gaudy rug. Games themselves are plucked from a shelf, though sadly you don’t get to glimpse the box art, and, if you like, you can play on the TV itself with all of the CRT filters imaginable. 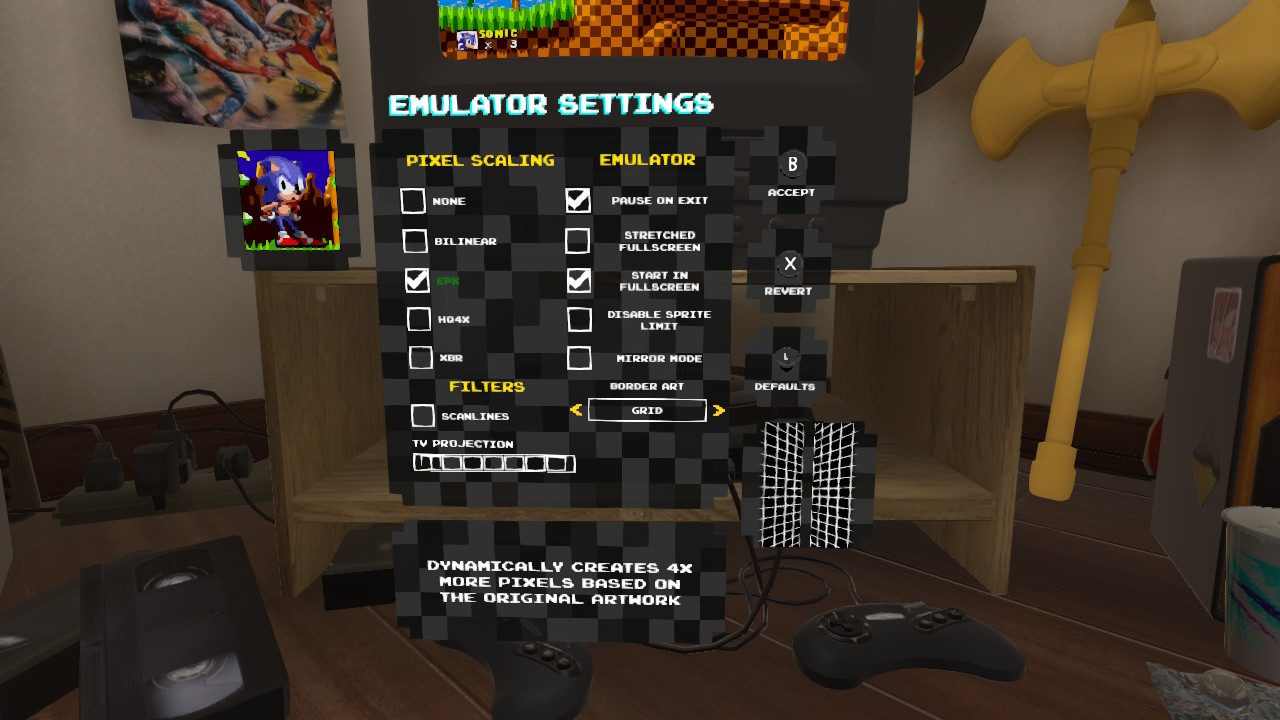 Not being a huge fan of filters in emulated games (I like my pixels so sharp they could slice bread, thank you very much), I quickly settled on the “Full Screen” mode. This blows up the image and retains the 4:3 aspect ratio, with multiple themed frames available to fill in the empty space on either side.

Unfortunately, full screen mode has a problem, albeit one that most players won’t notice. Presumably as to avoid having additional borders on the top and bottom of the screen, the image is stretched in such a way that the pixels don’t scale perfectly, which means various lines across the screen are taller than they should be. This is hard to pick out at a distance, but it’s most noticeable with text and when the screen scrolls vertically, which can result in a slight judder effect.

This won’t be a problem for most people, unless they’re buying it solely for the impressive array of text-heavy JRPGs, but it’s baffling all the same. For a game with so many filter options, the lack of a pixel-perfect full screen scale is bewildering. I hope this will be fixed by a patch at some point, but given the collection has been available on other platforms for months and hasn’t seen such an update, I don’t have much faith.

To be this good takes AGES

There is one extra feature in Sega Genesis Classics that sets it apart from earlier bundles and that’s the Challenges. These drop you into a section of a game and task you with accomplishing a certain goal within a time limit, such as avoiding being hit in Ristar’s first level or quickly beating a level in Flicky. These bring to mind the NES Remix titles for Wii U and 3DS, giving you a different perspective on games and a unique high score challenge — but they’re few and far between. 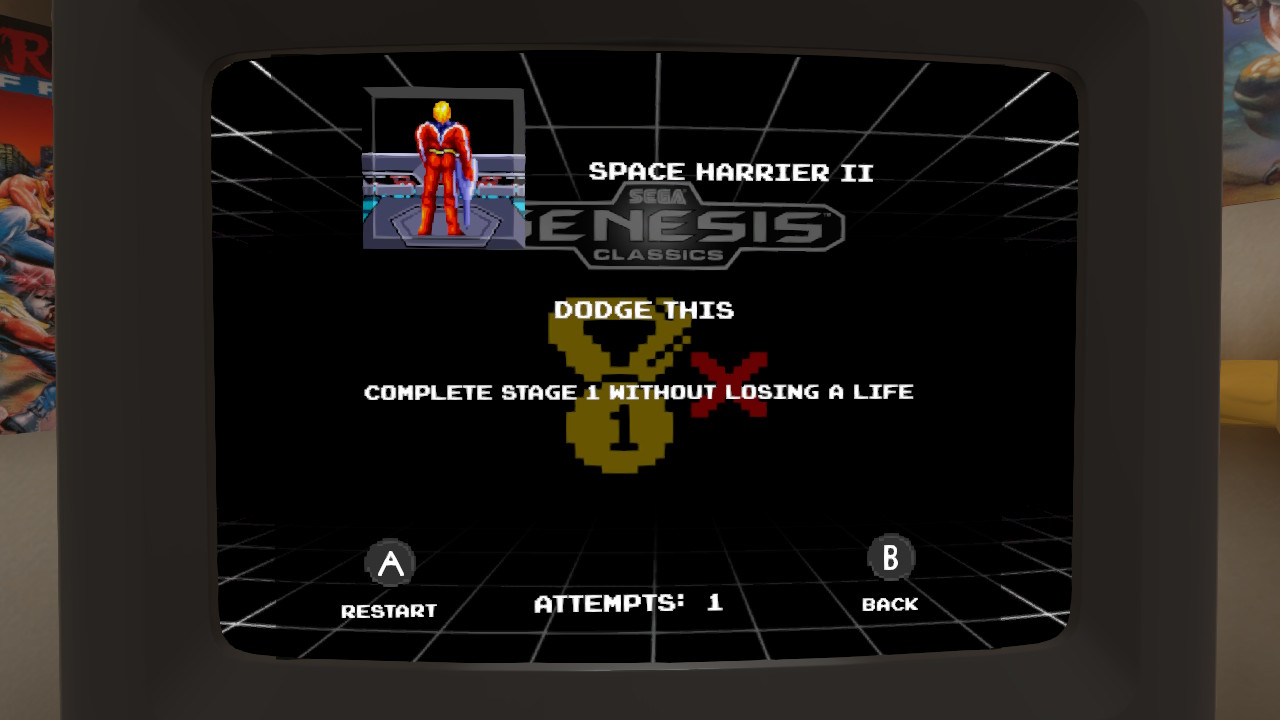 Slightly more common are the Feats, which are a hold-over from the versions of the collection for consoles which support a system-level achievement system. Still, they’re fun to get, with one in particular making me laugh out loud, with it drawing attention to how often players accidentally unleash magic within seconds of starting up Golden Axe.

There are also various multiplayer options for a few games, including online play, but I didn’t get much time to tinker with it before launch.

To be this good takes SEGA

Finally, it’s worth noting that Sega Genesis Classics isn’t the only way to play old Sega games on Switch. Earlier this year, the company started up Sega Ages, a piecemeal approach handled by the same team that handled Sega 3D Classics on the Nintendo 3DS – M2. While the value proposition there isn’t as high, the attention to detail blows this collection out of the water, with its ports featuring accurate sound emulation, versions of games from multiple regions, and even additional features like Sonic Mania’s Drop Dash being retroactively put into Sonic 1. It only makes sense given the sheer difference in scale between the two efforts, but still, for those who want a more accurate look at Sega’s backlog it may be worth holding out for those ports instead.

While not a perfect representation of the console’s history, Sega Genesis Classics is a solid way to play an assortment of the system’s finest hits on the go. Just try not to focus too much on a certain red echidna’s absence. 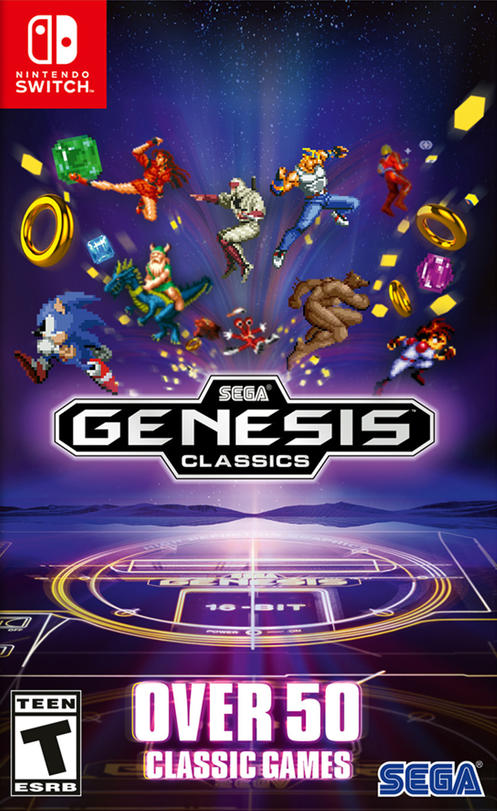