Closing out the last Direct was the reveal of World of Light, a new single player Adventure mode for Super Smash Bros. Ultimate. Recently we were able to play through the first steps in this journey at a private Nintendo event, as well as learn some new bits of information about the mode itself.

Though it may’ve blown as all away with that opening cinematic and full vocal theme, Nintendo representatives stated that the mode isn’t to be mistaken for a similar experience as Brawl’s Subspace Emissary. While there are shades of that mode, such as being able to rescue new fighters, journey around a world map, and equip stat boosts (via Spirits instead of Stickers); World of Light is something all its own and managed to make a good first impression.

As the intro would make you think, you begin with just Kirby to control. For the purposes of the demo we had a whole host of Spirits to fight with as well, though it’ll take more time and work to have as full a collection in the game itself. Clearing each stage on the world map will reward you with the Spirit associated with it, and just like in Spirits mode the fights are themed in a way to best represent the featured Spirit. 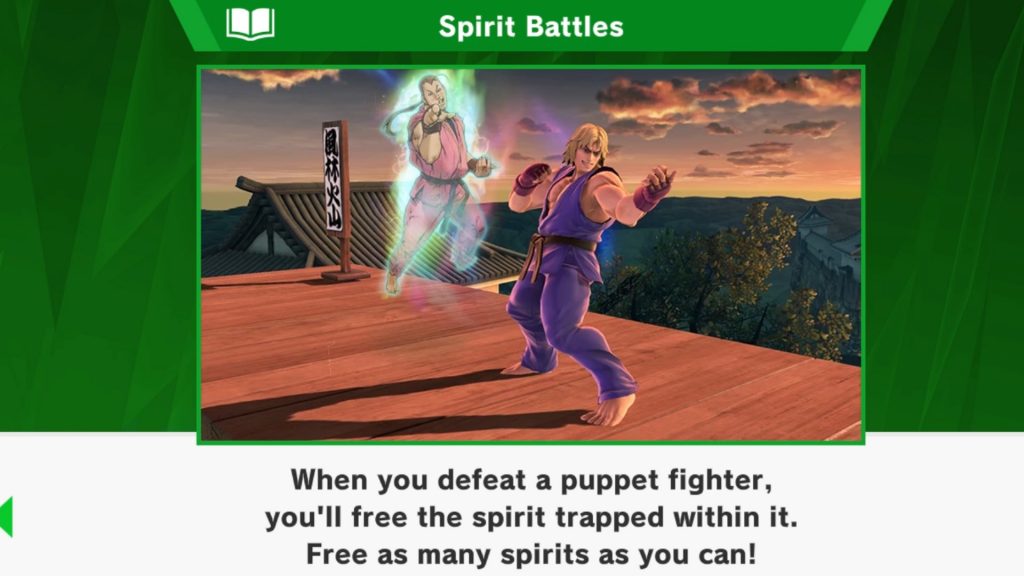 One early fight had us facing off against Yoshi to earn the Eevee Spirit. While the pairing might seem odd, it suddenly makes more sense when you learn it’s a trio of Yoshi – one blue, one yellow, and one red to represent the original three Eeveelutions. Further in and you’ll face off with a Rest-happy Jigglypuff to represent Animal Crossing’s sleepy stargazer Celeste, or a giant ROB with plenty of super armor to stand in for a Breath of the Wild Guardian. This kind of reverent and referential treatment (also seen in the standalone Spirits mode) keeps you wondering what corner of Nintendo history will show itself next, and lead you along to the other goal of World of Light: rescuing your fellow fighters.

The first fight we encountered was, fittingly enough, Mario himself. Unlike the Spirit fights it was just Mario with no modifiers to speak of, though his AI felt better than any of the other fights so far – though that could just be because this is the earliest part of the Adventure. Where things got interesting was further in where we came across a three way intersection. Each path lead to either Marth, Sheik, or Villager with the three covering the three ‘types’ of Spirits – Attack, Defense, and Grab. 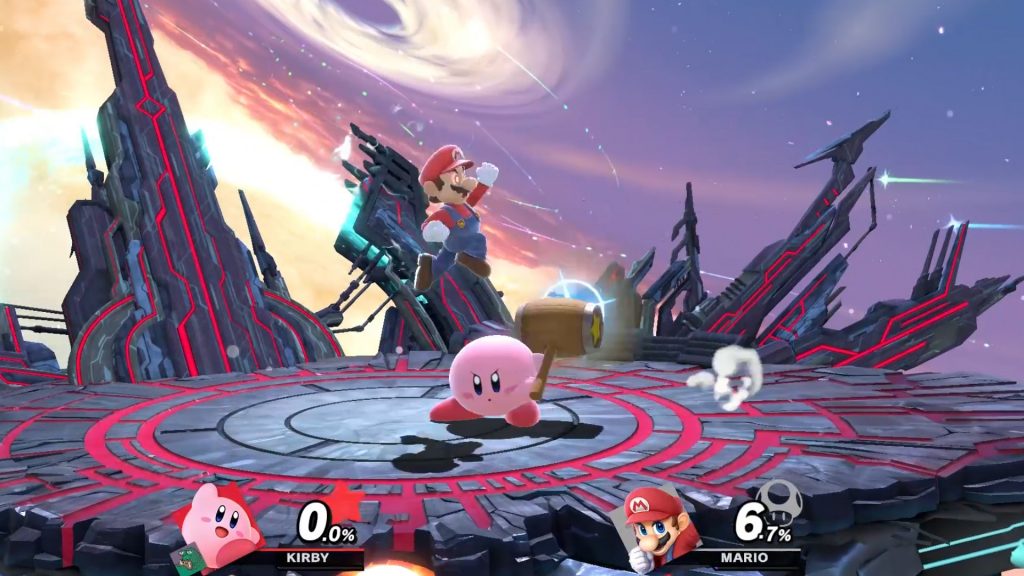 We cleared the Villager path and afterwards Master Hand arrived to close off the other two routes. It presents you with not only a starter Pokemon situation, but could determine what Spirits and fighters you’ll encounter (or at least when you’ll encounter them) further along.

Speaking of further along, deeper into this route we saw that occasionally other kinds of roadblocks would stand in our way. We came across and F-Zero machine (in this case the Wild Goose) that we couldn’t move past without having the Spirit of its pilot (Pico). The explanation for this showed a similar situation where what looks like a Bomberman Spirit would be needed to clear out a boulder on the way to a treasure chest. While it doesn’t suddenly make World of Light a Metroidvania, it does add a sense of seeking out new Spirits and heading back to where they can help you through.

Once we cleared this, we also found that the world map would have themed sections. In this case we stumbled on a racetrack area, meaning room for more F-Zero Spirits as well as Mach Rider, Excitebike, and more. Clearing these not only allows you to progress, but gives you rewards that can level up your Spirits or just give your currency to purchase unlockables or retries on stages. The real prize though, seemed to be Skill Spheres. 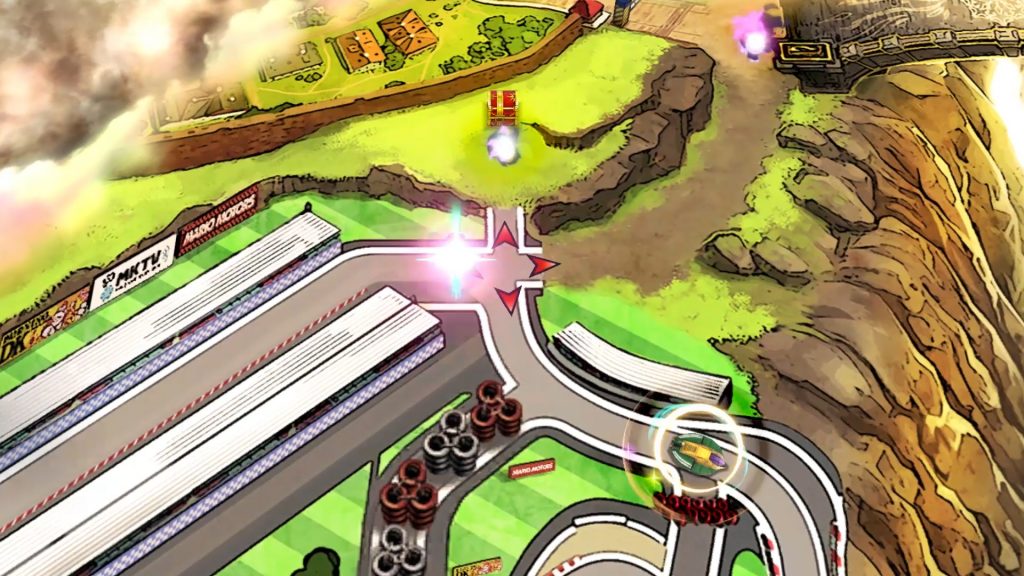 Digging into the menus will show that World of Light actually has a multi-branched skill tree to unlock power ups for your fighters. Some of these are simple and straightforward, like powering up your tilt attacks, but others have more drastic effects further in. Want to resist knockback whenever you’re dashing? Can do. Want to be able to charge up your Smash attacks indefinitely? Sure, why not!

With the skill tree along with equipping Spirits, there’s a surprising amount of customization available in World of Light. The map seemed big and has plenty of potential for its matches, and while it sounds like the story itself isn’t going to be as prominent as it was in Subspace, this new Adventure makes for another enjoyable extension of what Super Smash Bros. Ultimate is.